As emphasised in the new pact on migration and asylum, successful integration and inclusion is essential for a migration and asylum policy to be effective. In acknowledgement of this, the recently-announced action plan on integration and inclusion 2021-2027, which forms part of the new pact, focuses on migrant integration challenges. This report supports the successful implementation of policy responses to these challenges, through the provision of insights extending beyond the basic demographic characteristics of migrants, including a wide range of socioeconomic information. 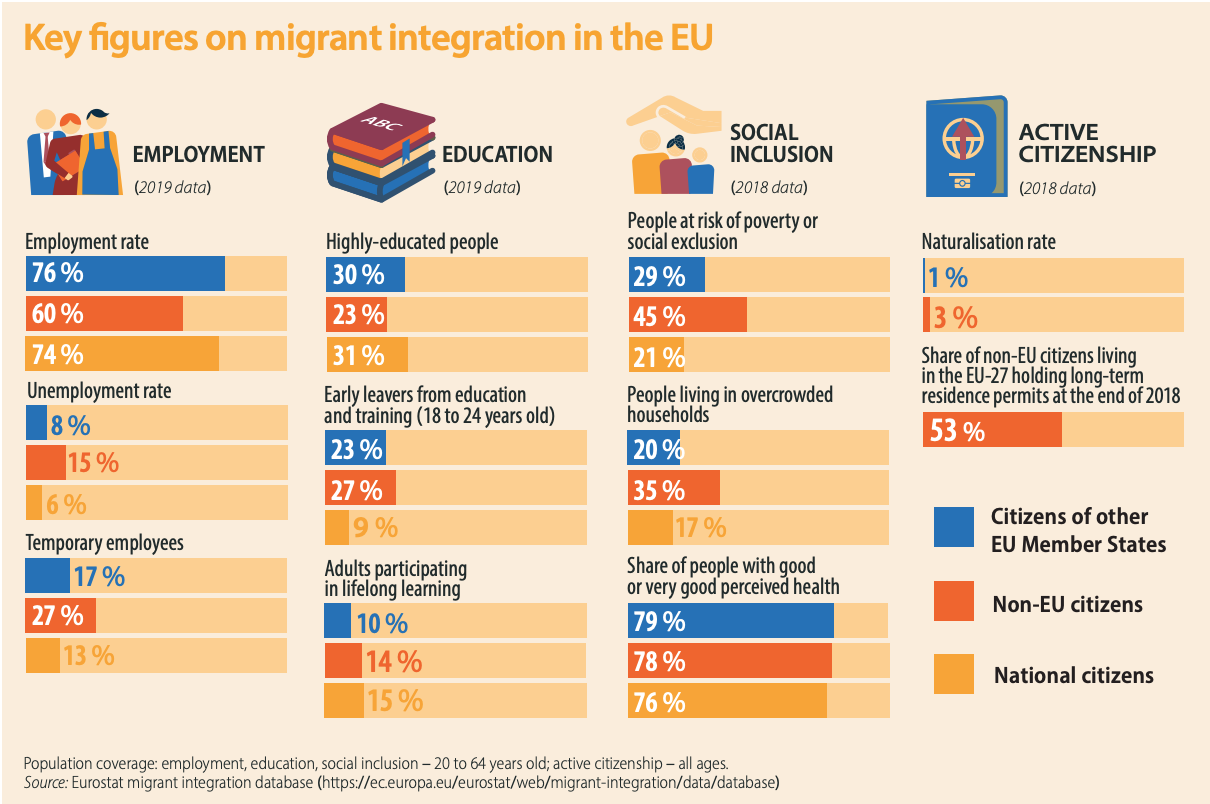 Access the full report online here, or find it attached below.