The Voice of Ukrainians: refugees' experience of living in the Czech Republic and the prospects for the future 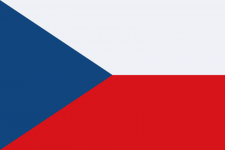 The second part of the Voice of Ukrainians in the Czech Republic surveys, prepared by PAQ Research in cooperation with the Institute of Sociology of the Czech Academy of Sciences, focuses on refugees' satisfaction with living in the Czech Republic and their plans for the future. The findings are based on a representative sample of 3 721 refugees from 1 300 households, conducted in late June and early July 2022. This document summarises the key findings of the research and formulates recommendations for policy makers.

The image below shows changes in accommodation type for Ukrainian refugees, after their initial accommodation on arrival in the Czech Republic.

According to the research, about a fifth of refugees from Ukraine live in commercial or municipal rentals in the Czech Republic, almost 30% in non-residential types of housing (hostels, hotels and other types of housing), and the rest in apartments provided by or shared with Czech or Ukrainian households. Refugees in non-residential housing are more likely to be refugees who arrived in the Czech Republic in later months, had no family contacts in the country before the war, or are smaller and childless households.

More than half of refugees from Ukraine in the Czech Republic live in cramped conditions, with less than 6m2 of living space per person. Only a quarter live in apartments or houses with sufficient living space per person (6m2) and access to their own sanitary facilities. The largest proportion of refugees (46%) currently reside in housing that is substandard. 29% live in hostels, hotels and other non-residential types of housing.

The research also found that refugees living in hostels often find it difficult to move into better accommodation. Half of respondents said they are looking for or planning to find other housing, more often those in hotels and hostels, resulting in high demand for residential housing. Those not seeking other housing were found to be more likely to be planning to return to Ukraine soon.

Refugees who have been in the Czech Republic since March 2022 and are living in apartment housing speak better Czech than those living in the more segregated environment of hostels and hotels. People living together with Czechs speak Czech best (21% speak it in everyday situations). Children from families provided with housing by Czechs were more likely to attend a Czech school in June.