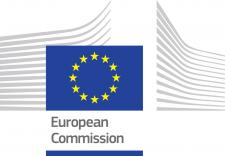 On 19 September 2020 the European Commission (EC) released a five-year anti-racism action plan for the EU, acknowledging the need to tackle the underlying problems of structural racism in the EU through legislative measures. In addition to EU legislation, the Commission will use such other means as Member States' national law enforcement, media and civil society, EU tools and the Commission's own human resources.

President of the Commission Ursula von der Leyen said in a press statement:

'Progress on fighting racism and hate is fragile – it is hard won but very easily lost. So now is the moment to make change. To build a truly anti-racist Union – that goes from condemnation to action. And the Commission is putting forward an action plan to start making that happen'.

Discrimination on the grounds of racial or ethnic origin is prohibited in the EU. Despite this, more than 50% of Europeans believe that discrimination is widespread in their country. According to research carried out by the European Union Agency for Fundamental Rights (FRA), 45% of people of North African descent, 41% of Roma, 39% of people of Sub-Saharan African descent and 11% of Jews have felt discriminated against in Europe.

The implementation of this plan will allow the Commission to address racism more effectively. It seeks to ensure that the EU Charter of Fundamental Rights is applied successfully in all Member States and that charter rights, including equality and non-discrimination, are a reality for all.

EC to undertake a comprehensive assessment of existing legal frameworks around inclusion and anti-discrimination.

EC to lead by example on diversity and inclusion.

The implementation of the plan will be monitored, progress will be reported and actions will be adapted where needed.

The Commission has invited the European Parliament to regularly discuss and support the implementation of the Action Plan and the EU Council to adopt conclusions on the Member States' actions to prevent and combat racism.

You can find the full Action Plan here.

A quick-read factsheet on the Plan can be found here.

Click here to read the relevant press release from the Commission.