Ordinance on the terms and procedures for concluding, enforcing and terminating the integration agreement of beneficiaries of international protection 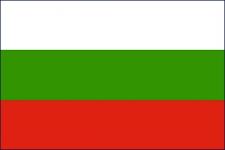 On 12 July 2017, the Bulgarian government adopted a new Ordinance on the terms and procedures for concluding, enforcing and terminating the integration agreement of foreigners granted asylum or subsidiary protection. The new ordinance preserves the principle that integration support is based on a voluntary agreement between the municipality and the beneficiary of international protection. However, unlike the repealed ordinance, it assigns the responsibility of coordinating the integration processes to a Deputy Prime Minister appointed by the Council of Ministers.

Mayors have to apply to the State Agency for Refugees (SAR) and indicate how many beneficiaries of international protection they want welcome and provide information on measures they envisage to integrate them. Foreigners willing to benefit from integration programmes have to apply to SAR during the asylum procedure or within 14 days after receiving a positive decision. The duration of the integration agreement is one year but can be extended for another year if suggested by the mayor and agreed by the foreigner. The mayor role is to prepares individual integration plan for each beneficiary. This plan is an integral part of the integration agreement. It includes specific integration measures and their expected outcomes in areas such as education, social assistance, health care and insurance, employment, etc.

UNHCR welcomes the new ordinance but also criticised certain aspects of it in a press release. The UN agency for refugees highlights that such voluntary system can only be effective if municipalities are willing to participate. It considers the fact that the responsibility to coordinate the integration processes lies on a Deputy Prime Minister as a positive step and encourages the government to set up a dedicated administration to fulfil this task. UNHCR however regrets that the new ordinance does not offer substantial support for some of the most significant obstacles to integration; access to social housing and family benefits for children for example. The Agency also regrets that the new ordinance does not foresee activities to inform the local population about refugee issues and integration principles, as awareness-raising campaigns are needed to create a favourable environment for the integration.

The previous ordinance dated from 2016 and was repealed at an extraordinary meeting in order to fulfil President Rumen Radev's electoral promise and in complete violation of the national constitution and its principle of separation of powers. This was criticised by various actors, including the European People’s Party president Joseph Daul, Bulgarian NGOs and experts such as the Bulgarian Helsinki Committee, prof. Anna Krasteva.