The Index of Immigrant Integration in Romania - IIIR 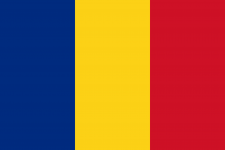 This 2018 report by the project Romanian Centre for Migration Research aims to measure the level of immigrant integration in Romania. In order to do so, the authors set up the Index of Immigrant Integration, a tool consisting of 41 indicators grouped into 8 integration dimensions: general context, housing, education, health, culture and language, civic and social involvement, citizenship and employment.

After determining which integration indicators to track, the authors surveyed beneficiaries of international protection (BIP) and third-country nationals with legal residence in Romania (TCN) on the selected indicators, collecting 537 valid questionnaires for the study. Complementing the survey data is information gathered from public institutions active in the 8 identified integration dimensions.

Results from the survey: