Eurobarometer: Europeans approve of EU's response to the war in Ukraine 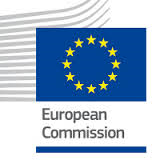 The European Commission conducted a flash Eurobarometer survey in all EU Member States between 13 and 20 April 2022 and found large consensus among EU citizens in favour of the EU's response to Russia's invasion of Ukraine.

The majority of the 26 066 respondents believe that since the war started, the EU has shown solidarity (79%) and has been united (63%) and fast (58%) in its reaction. 93% of respondents said they approve of the provision of humanitarian support to those affected by the war, and 88% agree that the EU should be welcoming those fleeing Ukraine.

Other key findings include:

The survey also explores how much support there is for the EU's energy-related efforts to reduce dependency on Russian fossil fuels, for the purchase and supply of military equipment to Ukraine, and for the imposition of sanctions on Russia. A survey summary and relevant data annex can be found online, and the survey report is attached below.