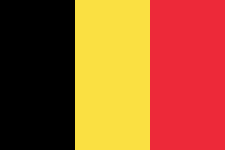 The European Network Against Racism - ENAR is publishing a new report intended to debunk some of the most common misconceptions and stereotypes about feminism and Muslim women and to promote a shared understanding of equal treatment in a diverse society. The report addresses the intersectional discrimination affecting Muslim women.

Muslim women, in addition to facing gender-based barriers and oppression, can be confronted with additional factors such as religion, nationality and/or ethnicity. As a result of Islamophobia, Muslim women are depicted in the collective consciousness as oppressed but dangerous and submissive but complicit in the violence they endure. They are never the narrators of their own story. These myths are deeply rooted in the society as a whole, including in the feminist movement.

The report also looks at myths on feminists in general, including in the anti-racism movement. It considers that the stigmatisation of feminism and people who identify as feminists is an example of the patriarchal social system trying to control concepts that threaten men's privileges. Reinforcing a negative connotation of the term feminist contributes to the misunderstanding of the movement, creates divisions (instead of unifying to achieve common goals) and makes individuals wary of calling themselves feminists.

ENAR concludes that more coalitions between feminist and anti-racist movements are needed and that addressing these myths jointly will reinforce mutual trust. This publication is organised in two parts. The first one addresses 6 myths around Muslim women and the second focuses on 7 myths about feminism. It is part of a unique cooperation between the feminist and anti-racism movements in Europe on the project Forgotten Women: the impact of Islamophobia on Muslim women

Women EU Wide Research or Report Community Public opinion Racism
02 February 2023 | Czech Republic
Voice of Ukrainians in the Czech Republic: Employment, housing, poverty and knowledge of Czech
The eighth part of research series The Voice of Ukrainians in the Czech Republic follows up research carried out in 2022, which focused on the work...
31 January 2023
Call for papers: Discrimination in and by educational institutions in migration societies
The Austrian Sociological Association, Section for Research on Migration and Racism and the Section for Sociology of Education are inviting scholars...
More content