Cyprus Ministry of Education and Culture

Immigrants was initiated in the context of the 5th Pancyprian Competition of Visual Arts of Secondary General Education which was dedicated to the 2015 'refugee crisis'. Organisers wanted to award art projects that revolves around the humanitarian drama but also the crisis of values experienced in its aftermaths.

The art piece made of expanding foam depicts human figures at the mercy of the sea, desperately clinging on to a small boat in an attempt to avoid drowning and stay alive. Their expression portrays agony and fright. Their eyes are wide open, looking for a hopeful sign. Their lips are sealed and bitter with disappointment.

Immigrants highlights the dangers faced by refugees trying to cross the Mediterranean in order to reach Europe, but also their humanity. It aimed to raise awareness about the situation of refugees, and migrants in general, who flee their homeland, risking their lives, for a better tomorrow. It goal was to promote respect of human dignity and diversity.

How does it work

The project which started with 8 pupils aged 16-18 years of St. Luke High School at Kolossi, under the supervision of their art teacher and painter Popi Nicolaou, quickly evolved to become a real school project with 40 participating students. The group also included youngsters with a migration and refugee background.

During the initial stage (September 2015), pupils studied the representation of Syrian immigrants crossing the Mediterranean and other developments of migration issues, through newspapers' articles and images published in different media outlets. Once they had a clear idea about what they wanted to achieve, dramatic techniques were used to recreate refugee travelling scenes, highlighting people facial expressions and body posture. To create the final artwork and for a realistic rendering, pupils recycled an old fishing boat donated by the Kolossi Council and used expanding foam for the human silhouettes, based on casts of their own faces.

Among fugitives, one finds men and women, some holding their children and even babies. Pictures of the sculpture are taken at the beach to show refugees', sometimes tragic, arrival to Europe.

Immigrants, along with 19 other finalists of the 2016 Saatchi Gallery / Deutsche Bank Art Prize, was selected among 22,000 art projects from 54 counties to be exhibited between 3-9 March 2016 at the Saatchi Gallery in London. It ultimately won the "overall" category, as well as the secondary school category, with a total prize of nearly 20.000 euros.

It has also been honoured with the national European Citizen's Prize 2016. Read more

In addition, it served as cover for the Greek version of Turkish author Hakan Gunday's book More, which is is about immigrants. 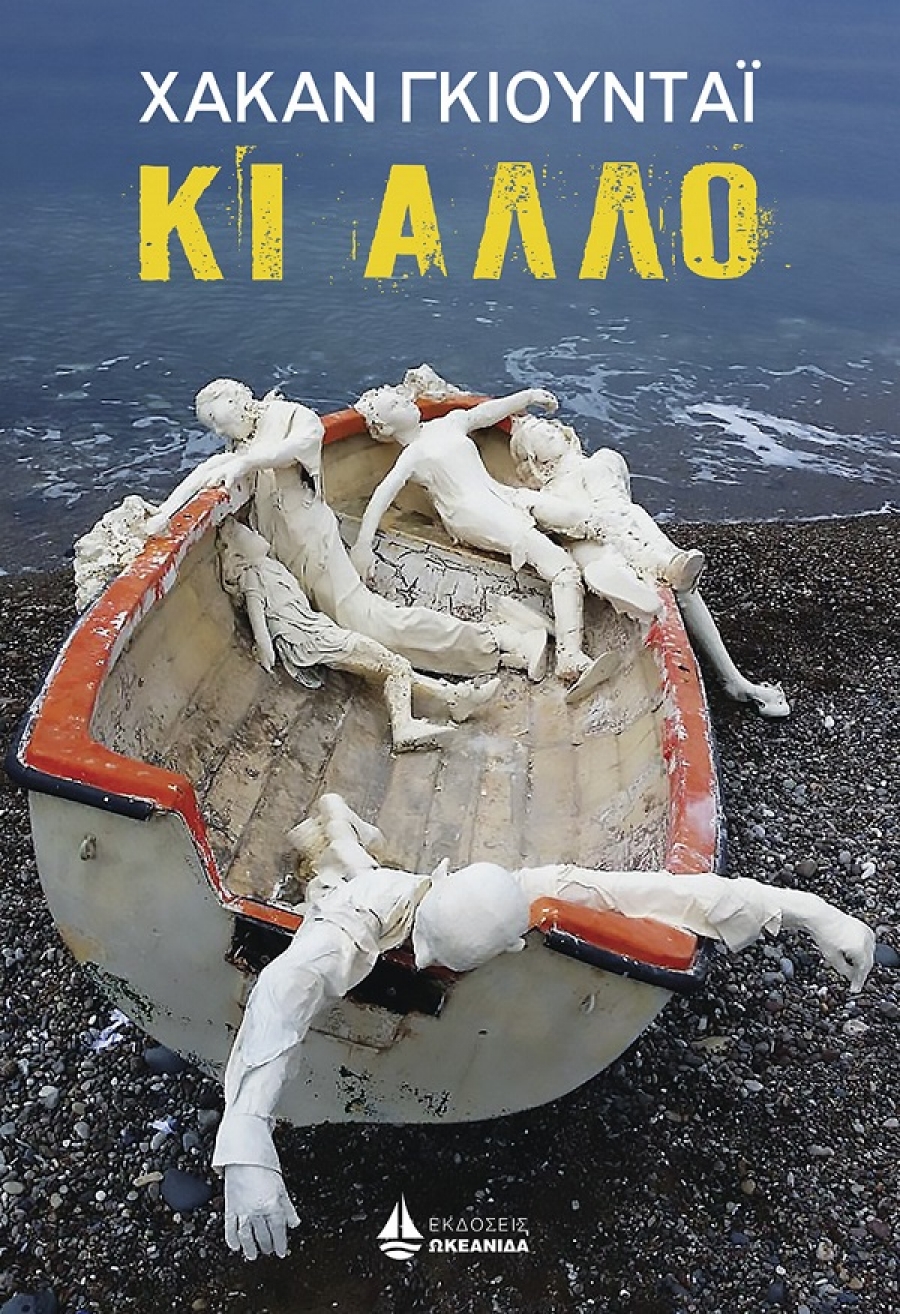 The project was successful in sending a loud and clear message on migration, not only to Cypriot students but also to the general public in Cyprus and other EU countries, where it has been presented. Media coverage include Cypriot online publications SigmaLive, Parikiaki, CyprusMail, Incyprus and European euronews.

In the framework of these prizes, Immigrants has been evaluated for its artistic qualities as well as for its message.

The process of exchanging and sharing ideas, emotions and beliefs through sculpture, can be beneficial in promoting integration and raising awareness on migration issues for any age group, in any country.

Source of funding and Resources used

Approximately 700 euros were spent for the expending foam and white plasters, all covered by private donations; while the boat was a gift from the Kolossi Council.