How were the governments in Europe digitalised in last 10 years? Read our new report 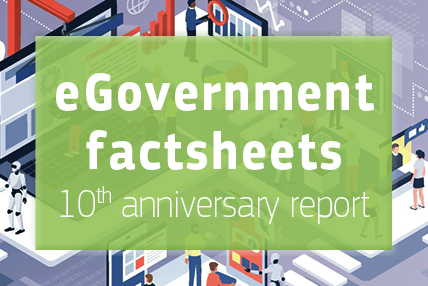 The report explains the complex developments and immense efforts undertaken by the European public administrations in the context of public sector modernisation. As Mariya Gabriel, Commissioner for Digital Economy and Society, notes in the Foreword of the Anniversary Report: ‘Throughout the years, the European countries’ public sector did not stand still’.

The findings of the report demonstrate that all European countries have adopted strategies dedicated to fostering digitalisation of the public sector. As for legislation, a total of nine countries stressed the adoption of ICT-friendly laws as one of their main achievements in the domain in the past 10 years. With the growth of importance and popularity of digital public services amongst citizens and businesses, national governments have proceeded to reorganise their governance structures by dedicating a single responsible ministry or body to digital government matters. Some countries has focused more on the delivery of digital public services at the local level, making the digitalisation of smaller offices an important priority. Citizen- and business-focused public service provision is an ever-growing priority in all EU Member States, especially given the sophistication and quality of digital services provided by the private sector.

It is important to highlight that for the analysis of the main digital government developments, national eGovernment experts were also extensively consulted. Their input was used to provide comprehensive country intelligence on the evolution of each analysed country’s digital government activities and supporting stakeholders.

Join ISA²’s collaborative platform to find, reuse and share a wealth of ready-to-use interoperability solutions for eGovernment and best practices and discuss with your peers!