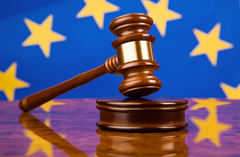 2016.17 Interinstitutional framework for the digital management of the ordinary legislative procedure (OLP) and delegated acts

When is this action of interest to you?

What is this action about?

The current ways of managing EU law production are not always aligned in the EU institutions and sometimes lack interoperability. Applying common standards, automated validation and quality control would lead to a more efficient production of EU legislation.

This ISA2 action builds on the existing landscape of IT applications, data standards and specifications for document and information exchanges among EU institutions, and between EU institutions and EU countries within the ordinary legislative procedure (OLP) and the creation of delegated acts. This action will propose a scenario on how future operations can be performed, including consolidated specifications and consensus building.

What are the objectives?

The objective of this ISA2 action is to prepare the ground for the harmonisation of the management of the OLP and delegated acts, in particular with respect to document exchange. The implementation of a seamless, end-to-end document exchange will represent a significant contribution to a more efficient production of legislation.

What are the benefits?

What has been achieved?

In 2019, the Interinstitutional Metadata and Formats Committee (IMFC) prepared AKN4EU (formerly Common Exchange Model) version 2.1 as intermediate deliverable. It is based on the Common Vocabulary (CoV), a business level description of semantic and structural concepts for the documents exchanged in the scope of the ordinary legislative procedure (OLP) and for delegated acts. Work on AKN4EU version 3.0 is complemented by the development of a converter from the Publications Office's XML format for the production of the Official Journal (Formex) to Akoma Ntoso (FMX2AK).

What are the nest steps?

In 2020 the coverage of AKN4EU will be extended to supplementary document types and variants of already integrated document types (version 4.0). The library of examples marked-up according to the AKN4EU specifications and the prototype of a validation framework (allowing to formally checking the compliance of a document to the AKN4EU) will be extended accordingly to complement the specification.

First exchanges are foreseen based on AKN4EU as part of a Commission/SG pilot project. This is particular important because the Commission and the Council have agreed to use the same editing tool (EdiT) based on the open source solution LEOS. Furthermore, the prototype for the conversion of existing XML legacy data into Akoma Ntoso (FMX2AN) will be developed further to be compliant to AKN4EU version 4.0. The Joint Legislative Portal (JLP) will be built as a sub-site of EUR-Lex. Each institution will provide its content contributing to the legislative procedure through IMMC.

The Legal Information strands will equally be developed mainly in the EUR-Lex environment. The EU Law in Force will be first integrated in the Publications Office Portal and its infrastructure in order to test a search tool, which might in the future be used in EUR-Lex. The reuse of existing architecture components guarantees the continuity and sustainability of the action.

Action description in the Work Programme