Endocrine disruptors are substances, both natural and chemical, that can alter the function of the hormonal system in people and animals, causing adverse health effects for both.

The EU has for years tackled endocrine disruptors through legislation in sectors such as human health (including consumers and workers), animal health, food and feed and the environment.

Furthermore, the EU has one of the strictest systems in the world for assessing pesticides and biocides, whereby hundreds of substances are undergoing or have gone through a stringent scientific assessment process.

This precautionary approach was further enhanced on 15 June when the Commission proposed to the co-legislators to adopt a strong science-based approach to identify endocrine disruptors and to endorse the definition of an endocrine disruptor given by the World Health Organization, as   "an exogenous substance or mixture that alters function(s) of the endocrine system and consequently causes adverse health effects in an intact organism, or its progeny, or (sub)populations."

Concretely, the Commission presented two draft legal acts with scientific criteria that will ensure a more accurate identification of chemical substances which are endocrine disruptors in two areas: plant protection products and biocides. These criteria specify that endocrine disruptors should identified by using all relevant scientific evidence, using a 'weight of evidence' approach and applying a robust systematic review.

Once these acts are adopted by the Member States, the EU regulatory system will be the first regulatory system worldwide to define scientific criteria for endocrine disruptors in legislation. This confirms the Commission's commitment to ensuring the highest level of protection of human health and the environment. 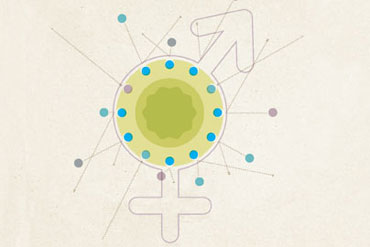