Cancer - we hear about it almost every day on the news, at work or in discussions with family and friends. Given the incidence rates prevailing nowadays in the European Union, one in three men and one in four women could be directly affected by cancer in the first 75 years of their lives. Cancer is the second biggest cause of death after heart diseases in the European Union. Every year, it claims over one and a half million lives and changes the destiny of another 2.5 million citizens diagnosed with it. With the population ageing, the cancer death toll is set to increase even further.

As Deputy Director-General for Consumers and Health, my objective is to tackle cancer on all fronts. On the one hand, by boosting research and cooperation, we can ensure that efficient treatments are developed to treat cancer patients across the EU. On the other hand, by raising awareness about cancer prevention our ambitious goal is to reduce new cancer cases by 15% by 2020.

Cancer has been at the heart of EU policies since 1985 when the Commission and the then 12 Member States launched the “Europe against Cancer” programme and the first "European Code against Cancer". The Code is currently being updated on the basis of the latest scientific findings. Its purpose is to help all citizens adopt healthy lifestyles and to attend early screenings once they reach a certain age.

We all have a part to play in meeting this huge challenge. It starts with each and every-one of us choosing the path of prevention and early cancer detection. Today, I wish to call on all citizens, so that they take control over their lives by adopting healthy lifestyles, and by undergoing potentially life-saving screenings once they reach a critical age.

Boosting innovation and cooperation in European cancer control: key findings of the European Partnership for Action Against Cancer

This publication presents the key outcomes of the work in the framework of the European Partnership for Action against Cancer.

Newly published supplements to the fourth edition of the European guidelines for quality assurance in breast cancer screening and diagnosis, published by the European Commission in 2006.

Cancer control will remain on the EU agenda with a new Joint Action 2014-2017 "Development of the European Guide on Quality Improvement in Comprehensive Cancer Control" (CanCon).

Breast cancer on the rise

The latest statistics released by the International Agency for Research on Cancer (IARC) show a marked increase in breast cancer.

The European Institute of Women's Health held its 8th Annual Cervical Cancer Prevention Week in January to raise awareness about one of the most common forms of cancer in women, which is also one of the most preventable.

The objective of BENCH-CAN is to benchmark comprehensive cancer care and yield best practice examples in a way that contributes to improving the quality of interdisciplinary patient treatment.

In the European Union (EU), there are around 4 million people affected by rare cancers. The project aims at building an information network to provide comprehensive information on rare cancers.

The content of these articles does not necessarily reflect the official opinion of the European Union. Responsibility for the information and views expressed therein lies entirely with the author(s).

This article is critical of the Latvian healthcare system and claims that healthcare has adopted a market-oriented vision which is even implemented when doctors prescribe a drug.

This article delivers a useful message to the public about the importance of screening for bowel cancer. Early diagnosis and treatment saves lives.

'Is screening a waste of cash?', by Ailbhe Jordan, second prize Ireland 2012

This article presents an objective and timely look at the cost effectiveness of population screening, which is particularly pertinent given the current economic context. 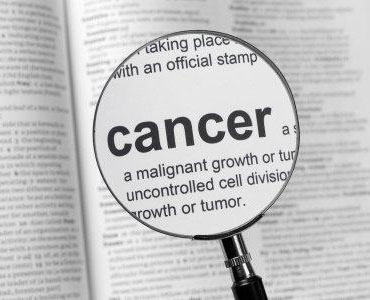 EORTC - European Organisation for Research and Treatment of Cancer