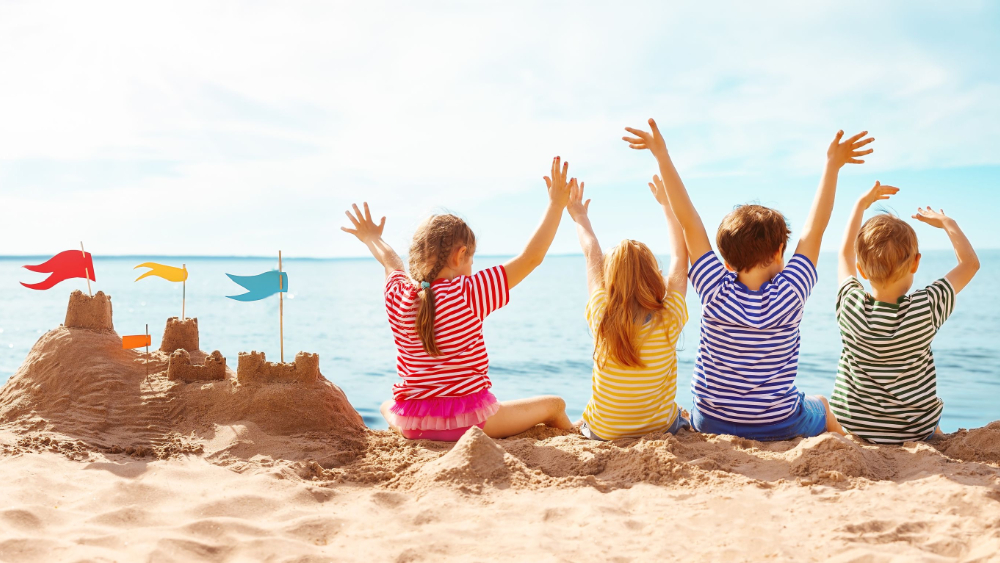 Most tourism destinations in the EU are mainly visited during specific months of the year. Very often, demand is strongly concentrated on just a couple of months, mainly during the summer.

In 2021, at EU level, 43% of all tourism nights spent during that year occurred in just two months, July and August. In nearly three out of four EU regions (172 out of the 234 EU regions with available data), August was the month with the highest concentration in the number of nights spent, followed by July in 40 EU regions. October was the top month for 15 EU regions; this was also the case for some of the regions where big cities are located, such as Paris, Rome, Berlin and other. 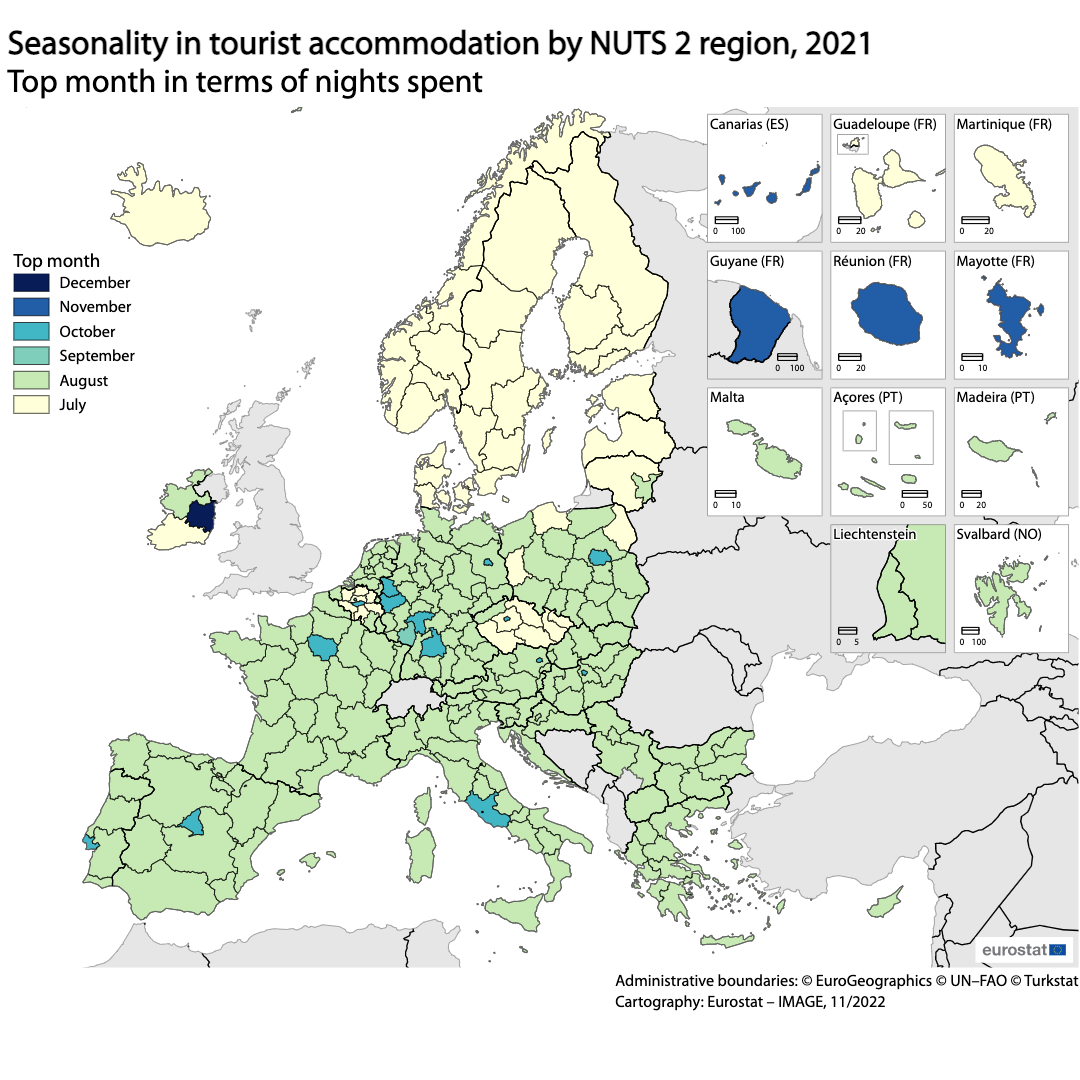 July and August are the top 2 months in most EU regions for which data is available (178 out of 234 regions). Ten regions reported 60% or more tourism nights in July and August. The highest seasonality was recorded in the Bulgarian region of Yugoiztochen (71%), where seven out of ten nights were spent in those two months. This was followed by the Croatian region Jadranska Hrvatska (69%) and Severoiztochen (68%) in Bulgaria.

For the regions with lowest seasonality, the two months with the most nights spent differed. The less touristic Spanish region Ciudad de Melilla reported the lowest seasonality in the EU, with 23% of tourism nights in 2021 spent in the months of August and September. This was followed by the French region Île-de-France (24%), which includes Paris, for the months of October and November, and the Bulgarian region Yugozapaden (25%) for July and August. 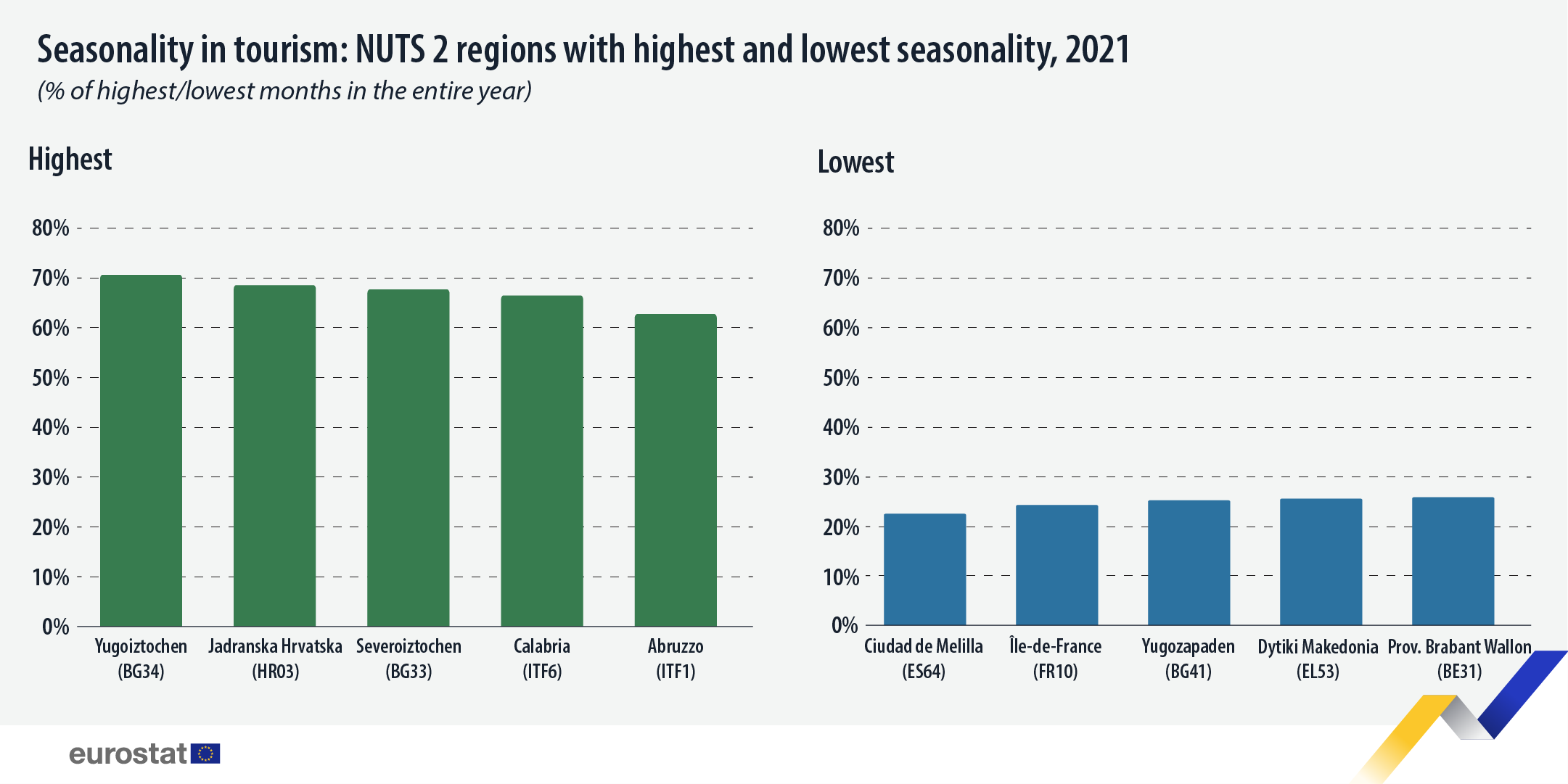