Deaths due to coronary heart diseases in the EU

Print Deaths due to coronary heart diseases in the EU 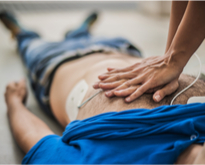 In order to compare between countries, the absolute numbers of deaths across Member States need to be adjusted to the size and structure of the population. 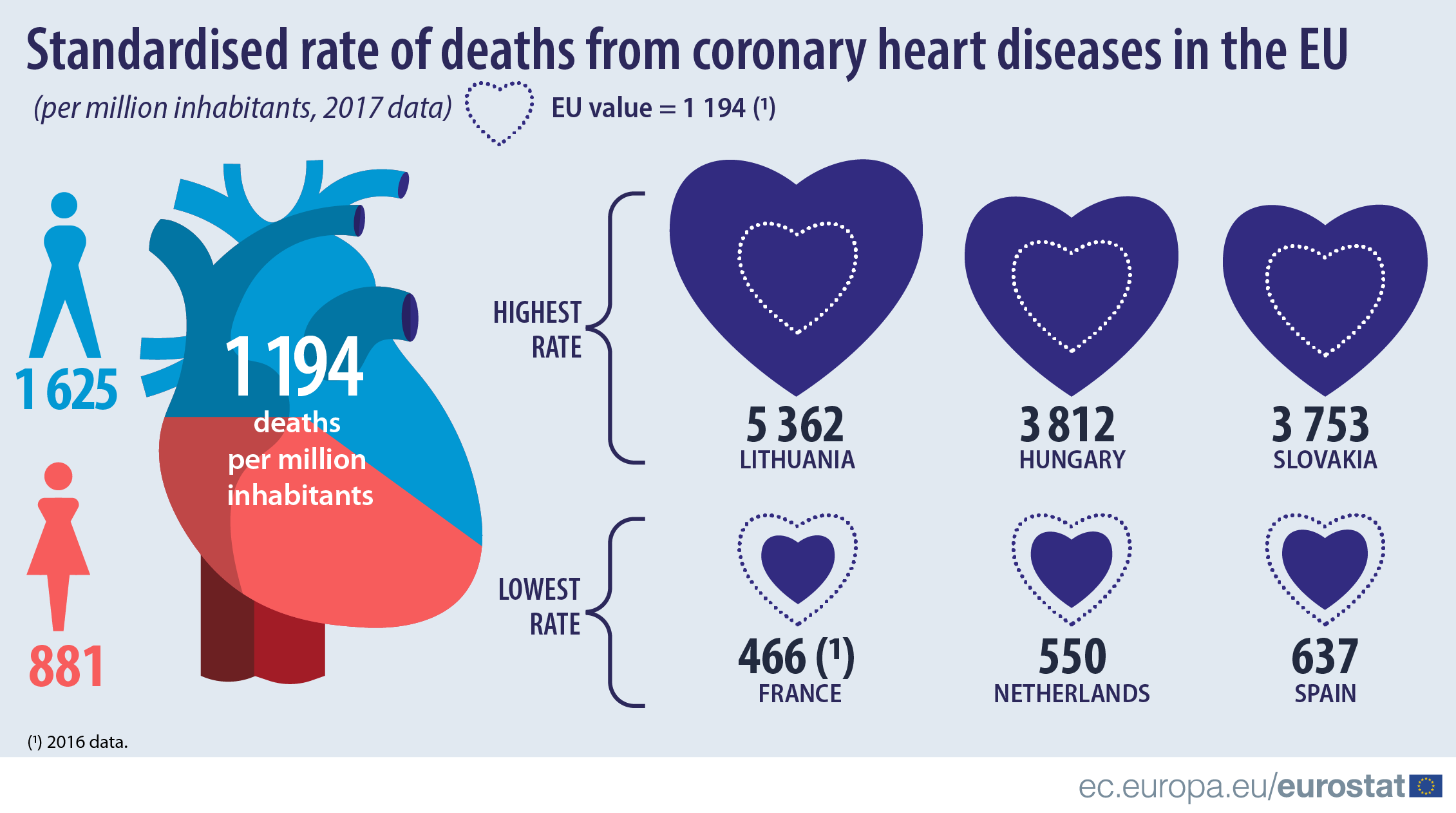 With 5 362 deaths from heart attacks per million inhabitants, Lithuania registered the highest rate among the EU Member States in 2017. There were high rates also in Hungary (3 812) and Slovakia (3 753).

At regional level (NUTS 2), the ‘Central and Western’ region in Lithuania registered the highest rate of deaths from heart attacks with 5 706 deaths per million inhabitants, followed by the Hungarian region ‘North Hungary’ (4 597) and the Romanian region ‘North-West’ (4 393). 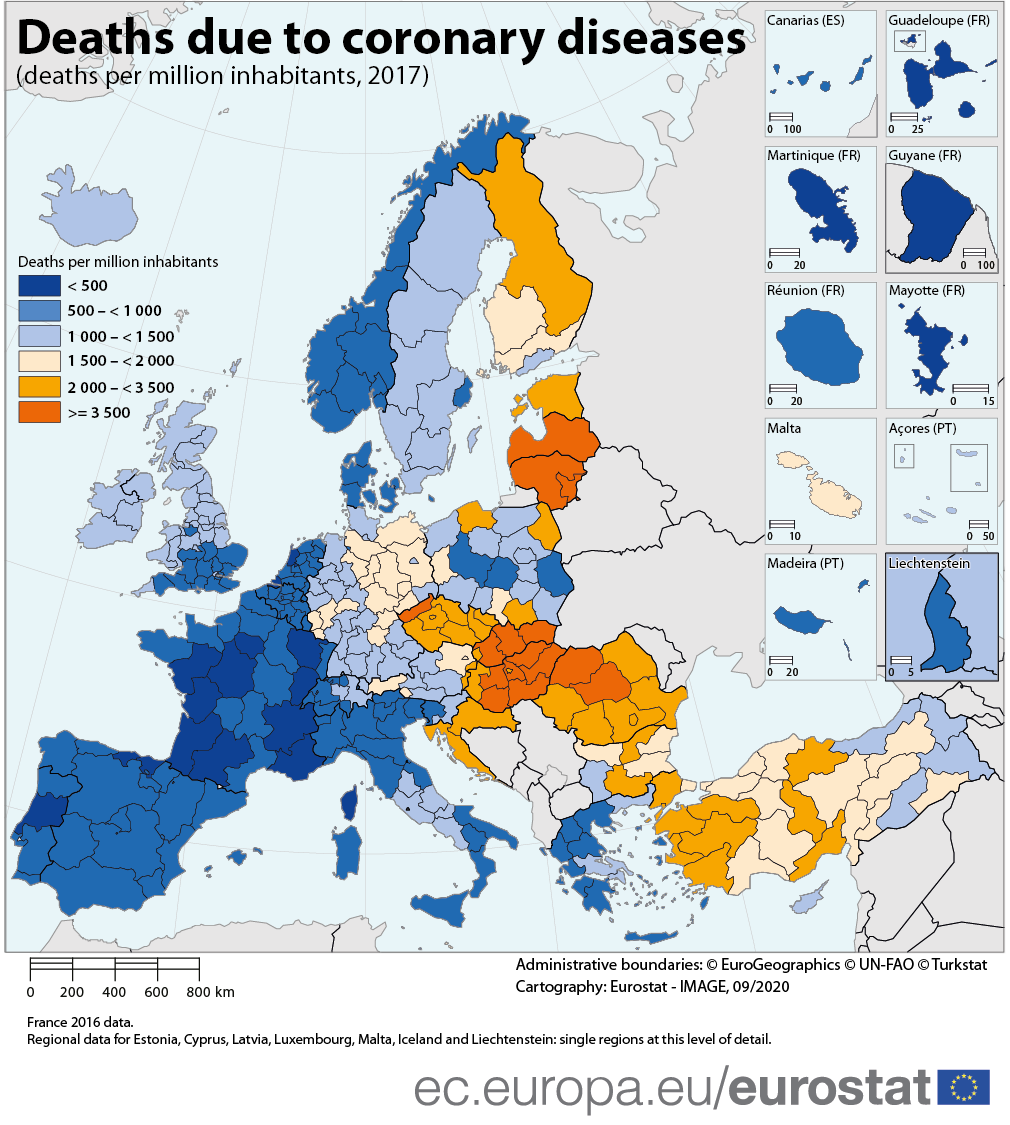 In every EU Member State, the standardised rate of deaths caused by coronary heart diseases was higher for men than for women. Among the EU Member States, Latvia recorded the highest gender gap, with 2 626 more male than female deaths per million inhabitants from heart attacks. Latvia was followed by Lithuania (gap of 2 573 deaths per million inhabitants) and Hungary (gap of 1 631).