What languages are studied the most in the EU? 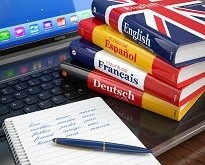 Knowledge of foreign languages is an essential tool for cultural exchange. It is widely known how much linguistic competencies are required and encouraged in many workplaces and how they can facilitate communication in several other contexts. In this regard, Eurostat’s administrative statistics on education provide a comprehensive picture on language learning in primary and secondary schools of the European Union’s (EU’s) Member States, EFTA and candidate countries.
In the EU, 48% of the pupils in upper secondary education (ISCED level 3) studied two or more foreign languages in 2018. This share was higher than 80% in Romania (98%), Finland (94%), the Flemish community of Belgium (84%) and Luxembourg (82%). On the other end of the ranking, in Greece, only 1% of the students in upper secondary education studied two or more foreign languages in 2018. 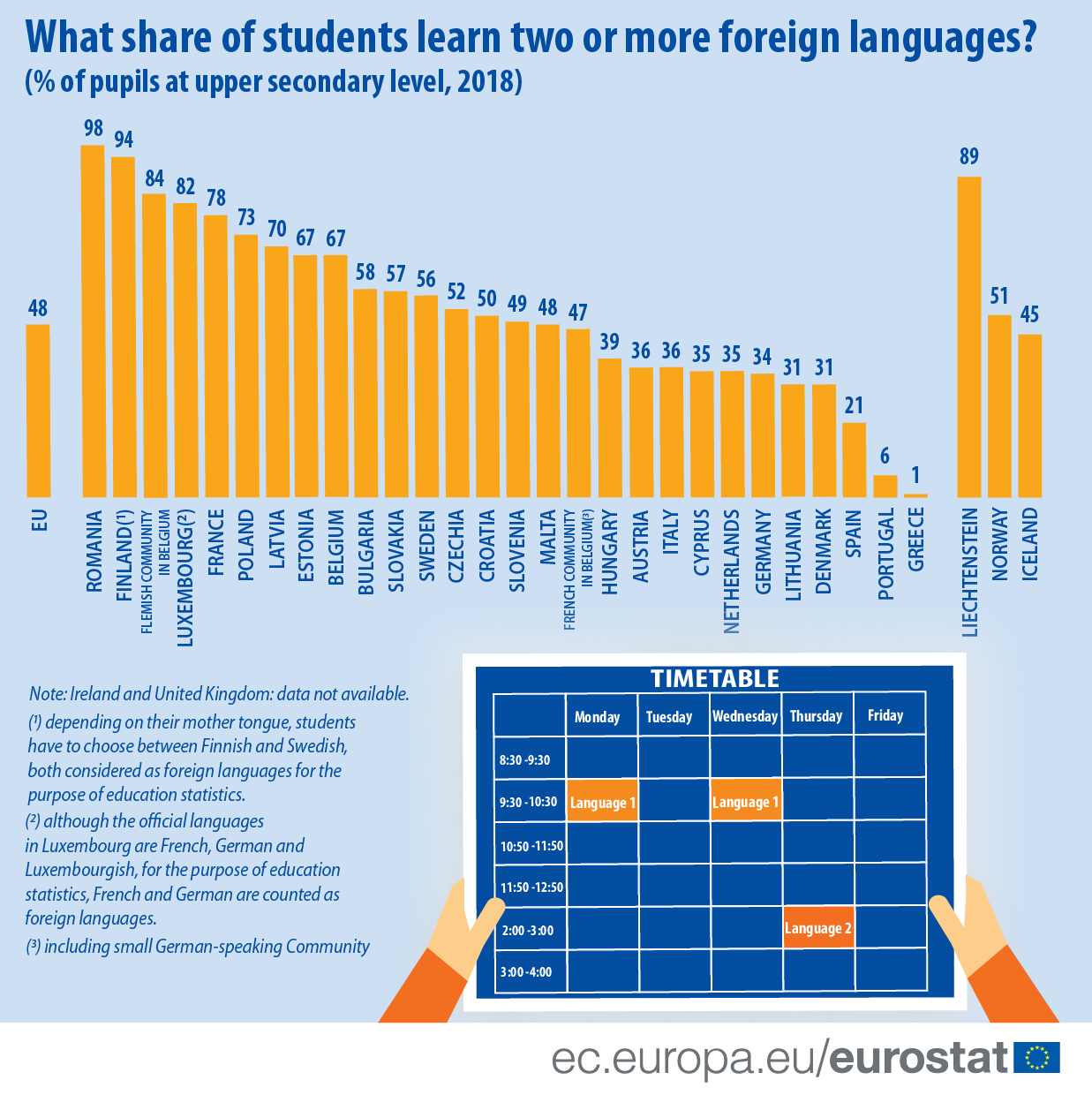 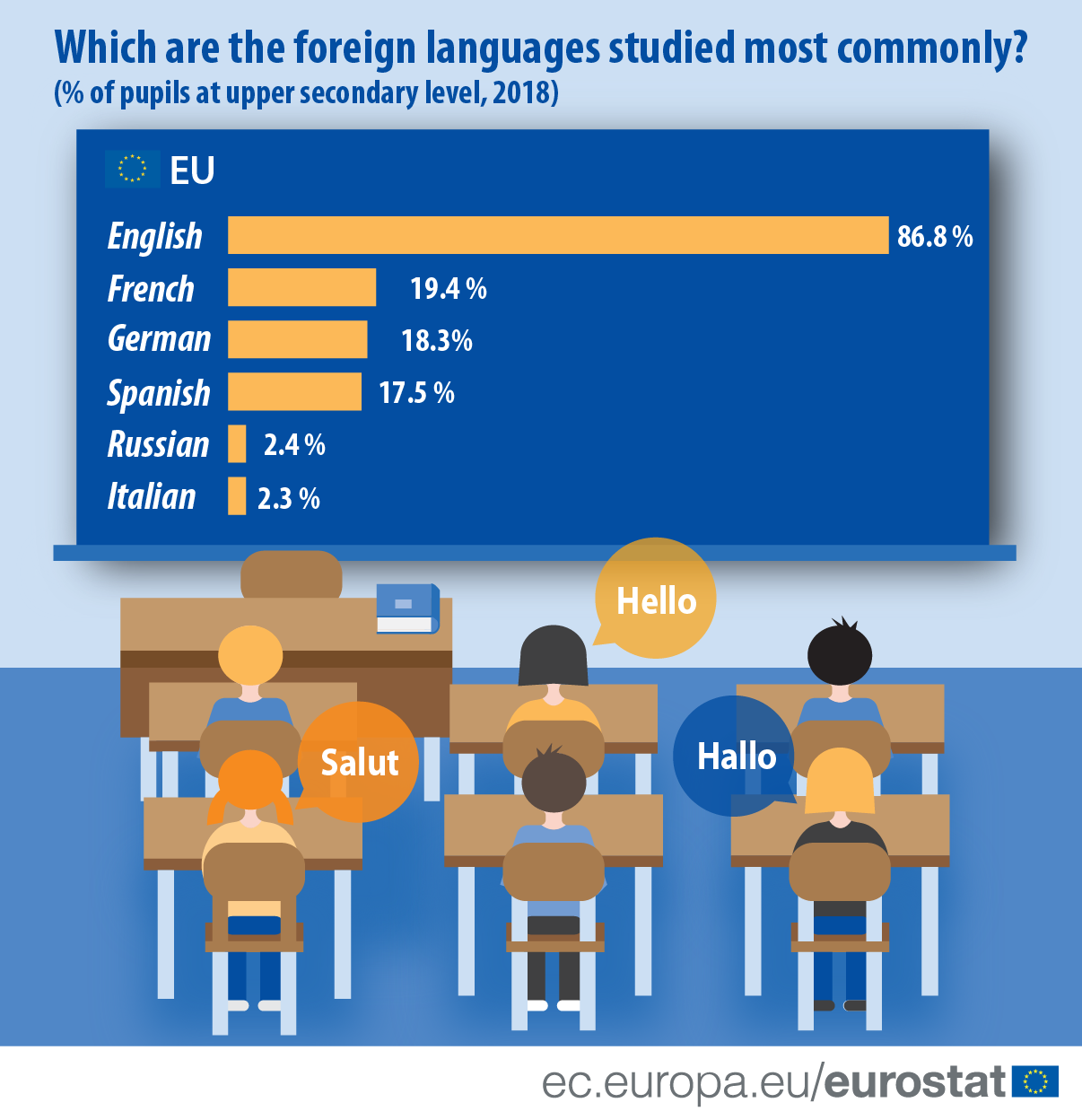