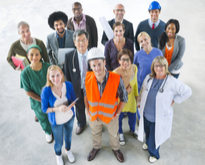 Differences in employment rates are observed between non-EU citizens (i.e., persons not-having EU citizenship) compared with other EU-citizens (i.e., EU-citizens not having citizenship of the EU country they reside in) and nationals (i.e., citizens of the European Union Member State in which region is located). The employment rates for foreign citizens from outside the EU are generally lower than for citizens of other EU Member States and nationals in the majority of EU regions.

The lowest regional employment rate, below 50%, was mainly concentrated in regions of France, Germany, Belgium, the Netherlands, Sweden and the United Kingdom. Mayotte, the overseas French region, had the lowest rate of any region in the EU in 2018 (22%).

In contrast, the highest employment rate for this population group was observed in the Czech region of Strední Morava, where almost 9 out of 10 non-EU citizens were in employment (88%). Rate of more than 85% was also observed in Sostines regionas (Lithuania) and in the region of Dorset and Somerset (the United Kingdom). 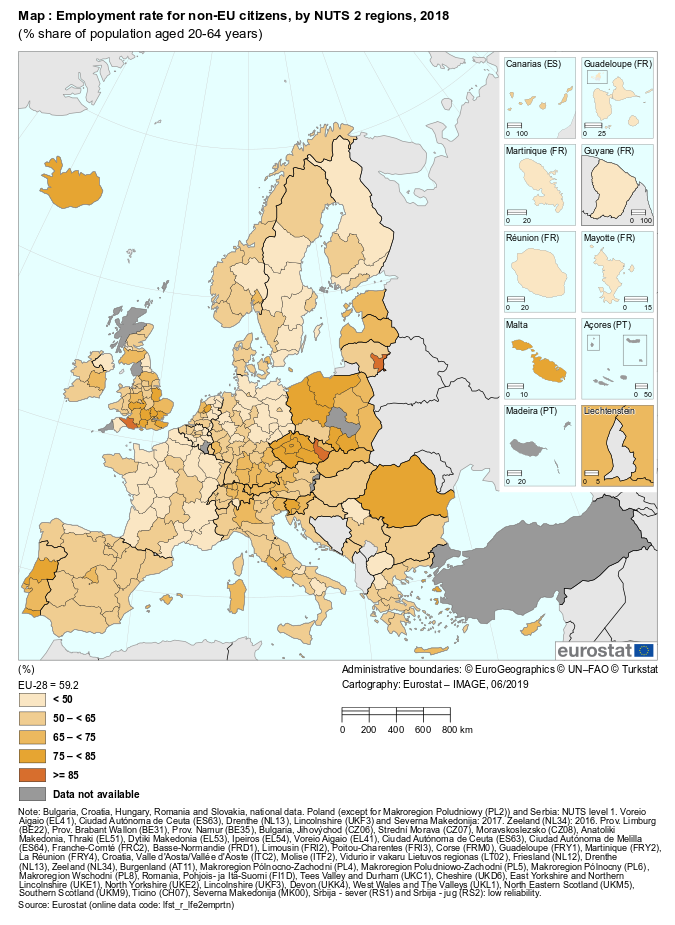 The highest regional employment rates for citizens of other EU Member States were recorded in the United Kingdom and Lithuania. The highest rate was registered in the British region of Cumbria (97%), followed by Lithuania (95%, national data). There were 10 more regions where the rate was more than 90%, among which seven were in the United Kingdom and one each in Czechia, Sweden and France.

In contrast, the lowest regional employment rate for citizens of other EU Member States was observed in several regions of southern Europe and the Netherlands, with the lowest rate of 42% recorded in the region of Voreia Ellada (NUTS 1 level) in northern Greece. 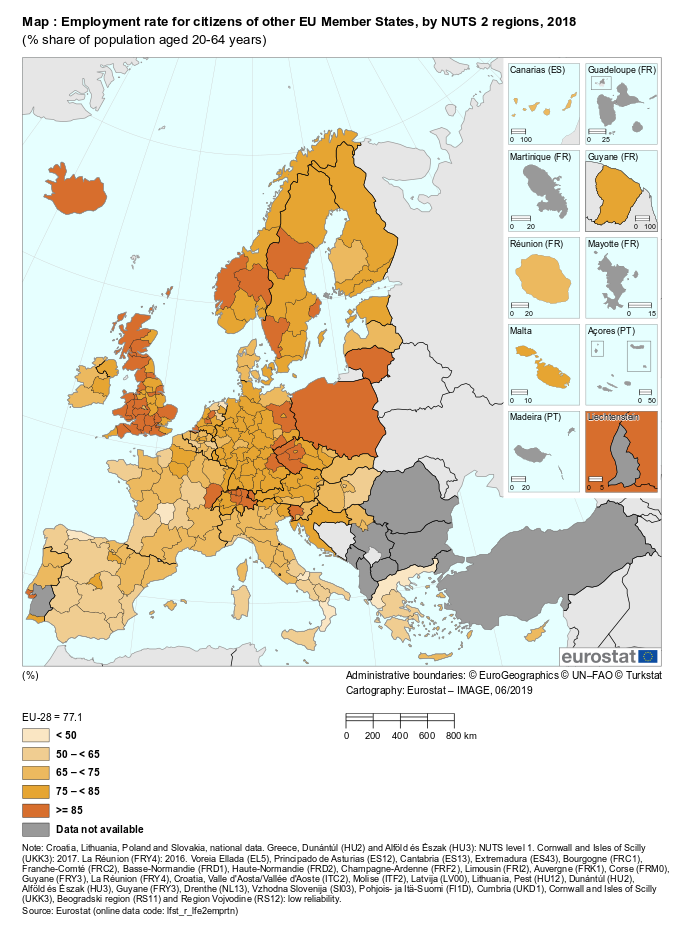 The highest regional employment rate for nationals was recorded in the Swedish capital region, Stockholm and Småland med öarna (each 87%). These were followed by three regions in the south of Germany (Oberbayern, Freiburg and Stuttgart), a Finnish region (Åland) and by another Swedish region (Västsverige); all of these regions recorded employment rates that were higher than 85%.

At the other end of the range, the lowest regional employment rate for nationals — below 50% — was in four regions in the south of Italy: Puglia, Campania, Calabria and Sicilia, which had the lowest rate in the EU (44%). 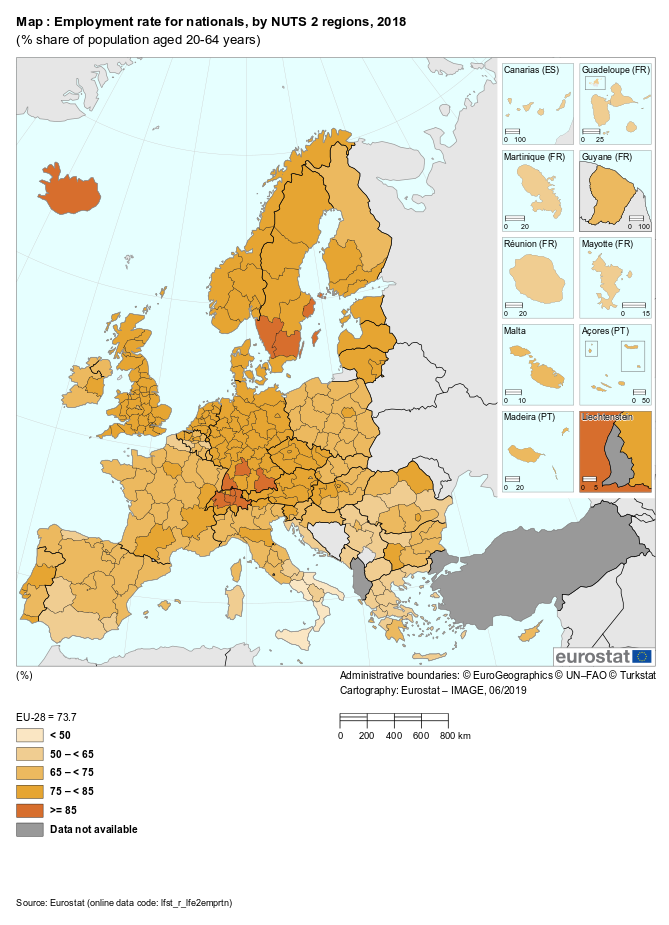