The best place to go trainspotting is… - Products Eurostat News

null The best place to go trainspotting is…

Print The best place to go trainspotting is… 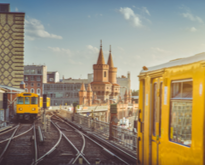 To mark the European Year of Rail, we look at the density of our railway networks, which is generally highest in the western and central regions of the EU.

The high densities in capital regions may reflect, among other factors, the relatively small area covered by most capital regions and their high population density, as well as the presence of mainline terminals/stations from which railway lines tend to radiate outwards.

The regional distribution of railway infrastructure is also driven by specific regional historical developments, their geographical characteristics as well as the presence of economic activities such as heavy industries or seaport infrastructures. Hamburg and Bremen are two smaller regions where extensive freight lines to and from seaports contribute to the high density of railway lines.

Freight transport railway lines also play a leading role in several regions where coal and steel industries remain important, such as the Saarland region in western Germany (134 km per 1 000 km2) and Śląskie in southern Poland (156 km per 1 000 km2). 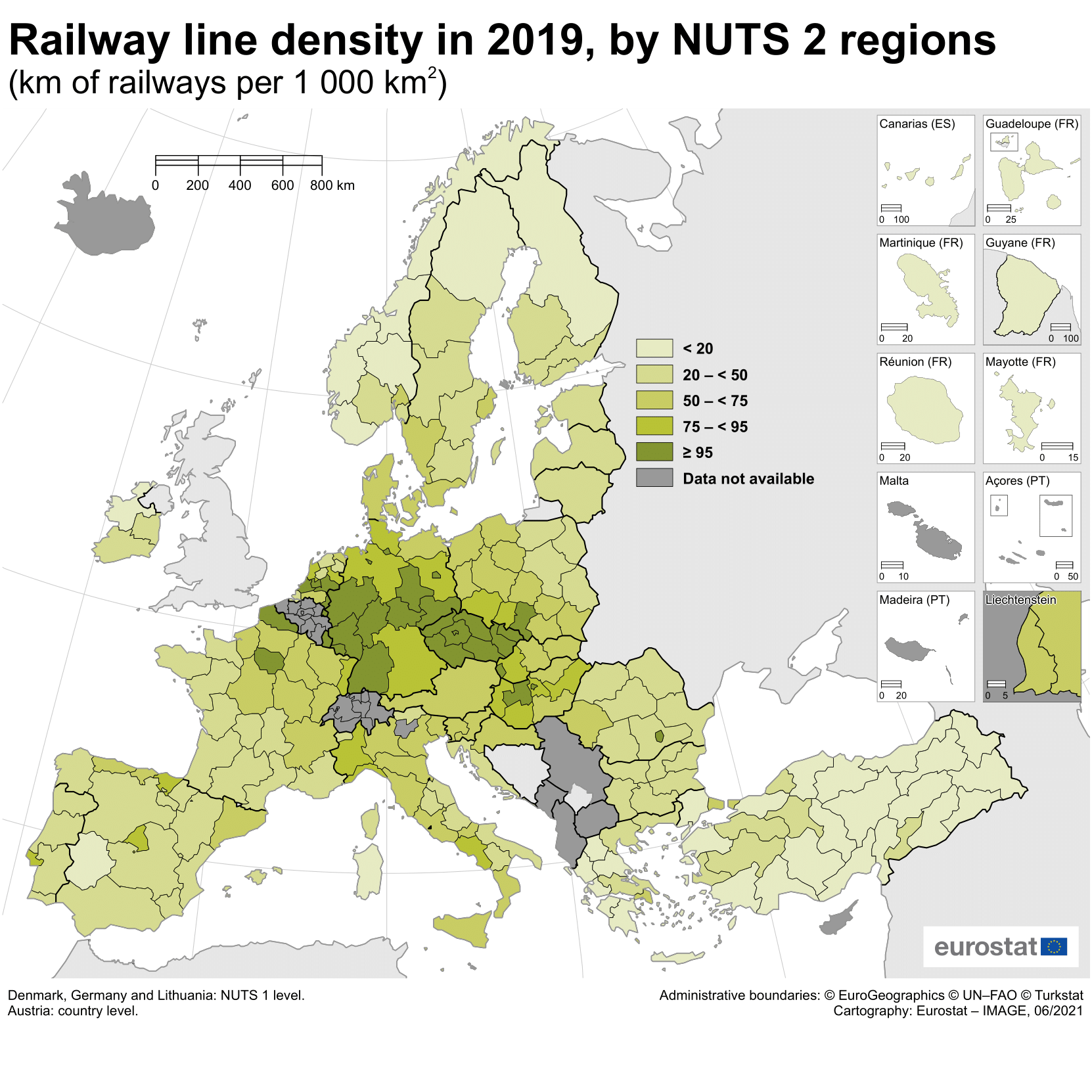