Back EU tourism halved in 2020 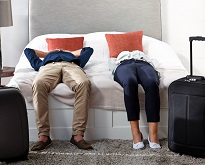 In 2020, tourism was among the sectors most affected by the COVID-19 pandemic, due to the travel restrictions as well as other precautionary measures taken in response. In 2020, the number of nights spent at European Union (EU) tourist accommodation establishments totalled 1.4 billion, down by 52% compared with 2019.

These early estimates, which include nights spent whether for business or leisure, come from recently published data on tourism. The article presents only a handful of findings from the more detailed Statistics Explained article. 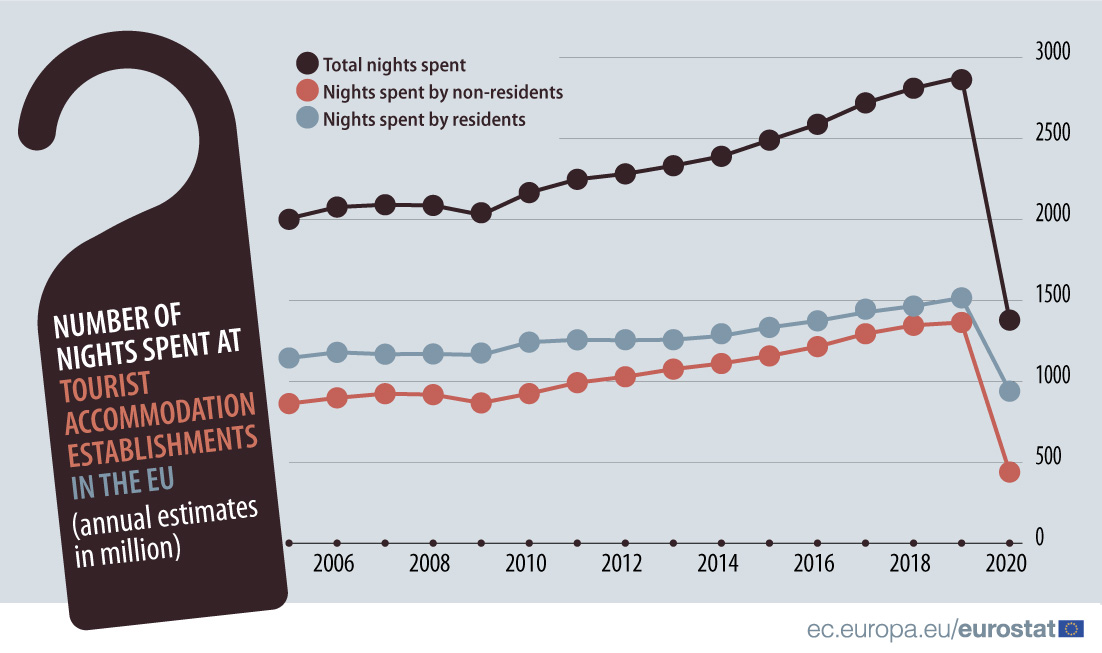 The number of nights spent in 2020 compared with the previous year decreased in all EU Member States. Cyprus, Greece and Malta were the most affected countries with drops exceeding 70%. At the other end of the scale, the Netherlands and Denmark reported drops of less than 35%.

Among the EU countries, only residents of Slovenia (+33%), followed by Malta and Cyprus (both +15%) spent more tourism nights inside their own country compared with 2019. In contrast, Spain, Greece and Romania recorded the highest drops of more than 40%.

The number of nights spent by foreign tourists in 2020 compared with the previous year decreased in all EU Member States where data is available, the largest decreases of more than 80% were observed in Cyprus and Romania. 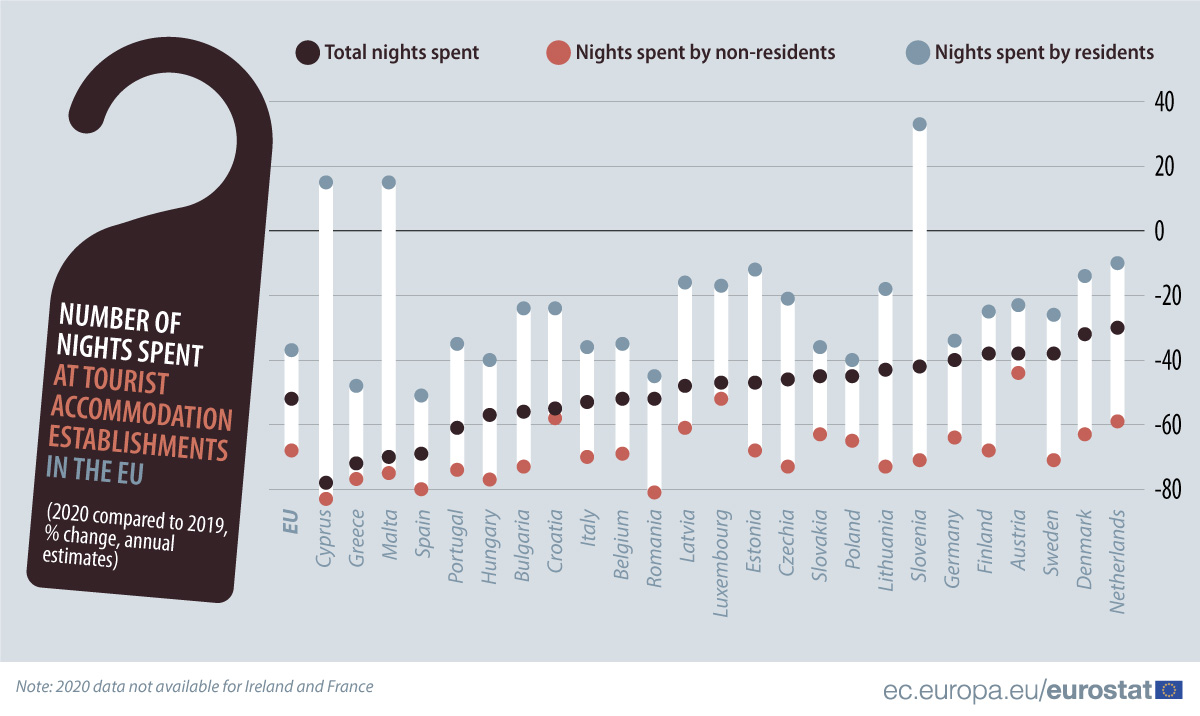