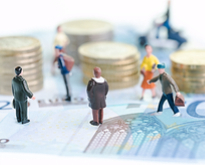 In 2019, regional GDP per capita, expressed in terms of national purchasing power standards (PPS), ranged from 32% of the European Union (EU) average in the North-West region of Bulgaria as well as Mayotte, an overseas region of France, to 260% in the Grand Duchy of Luxembourg. There is a considerable variation both between and within the EU Member States.

The indicators presented in this article come from regional GDP and employment data published today. The article shows only a small part of the large amount of regional data available at Eurostat. 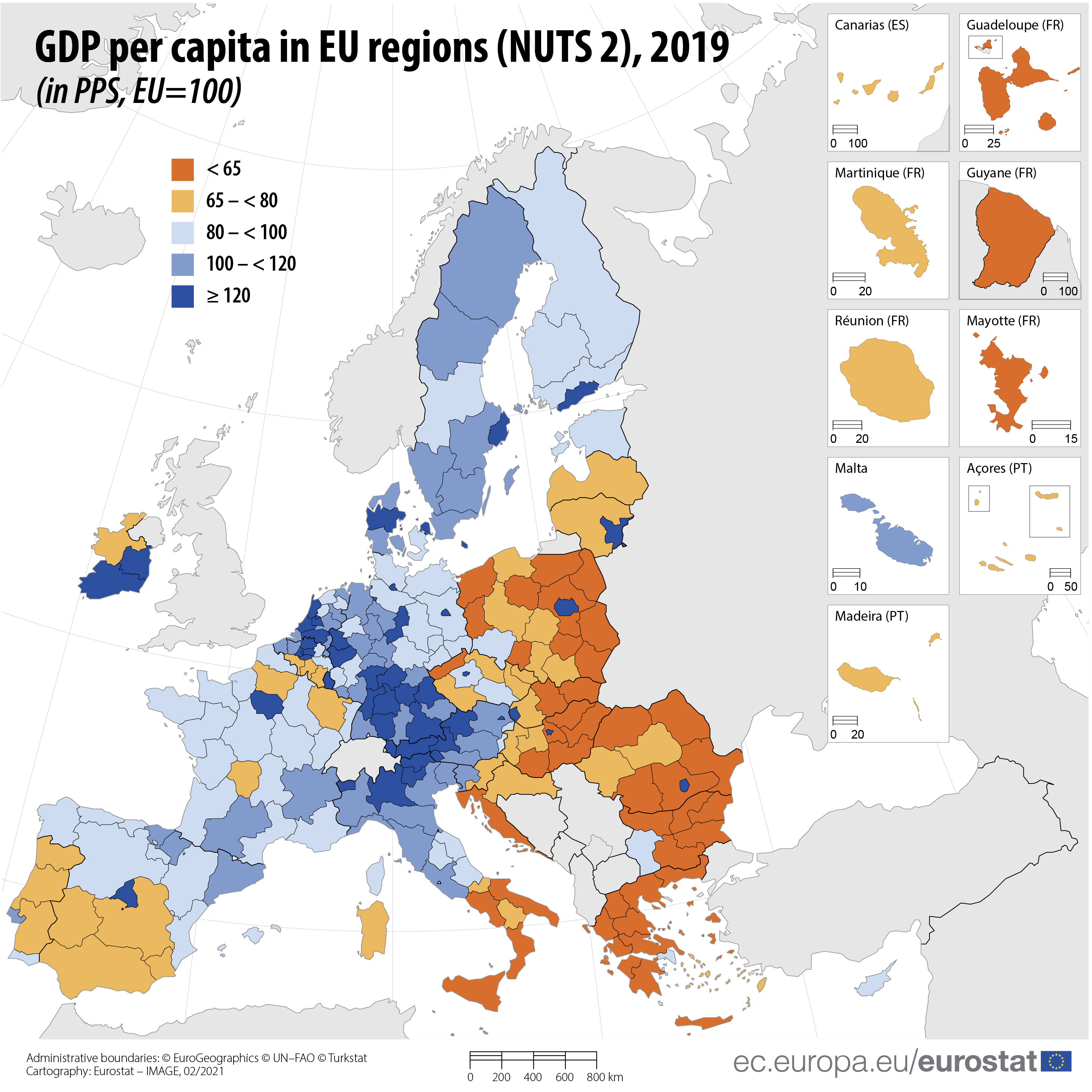 The leading regions in the ranking of regional GDP per capita in 2019, after Luxembourg (260% of the EU average), were Southern (240%) in Ireland, Prague (205%) in Czechia, Brussels in Belgium and Eastern & Midland in Ireland (both 202%) as well as Hamburg (195%) in Germany. The high GDP per capita in these regions can be partly explained by a high inflow of commuting workers (Luxembourg, Prague, Brussels and Hamburg) or by the large capital assets owned by some multinationals domiciled in the regions (Southern and Eastern & Midland in Ireland).

In contrast, after North-West in Bulgaria and Mayotte (both 32% of the EU average), the lowest regions in the ranking were the remaining non-capital regions of Bulgaria: North-Central (35%), South-Central (37%), South-East (40%) and North-East (41%). In the case of Mayotte, demographic factors mainly explain the low GDP per capita, since 44% of the population is less than 15 years old.

In 2019, regional GDP per person employed ranged from €12 700 in North-Central in Bulgaria to €205 500 in Southern in Ireland, compared with the EU average of €66 800. This ‘labour productivity’ measures the overall productivity of regional economies without adjusting for differences in price levels or average hours worked. 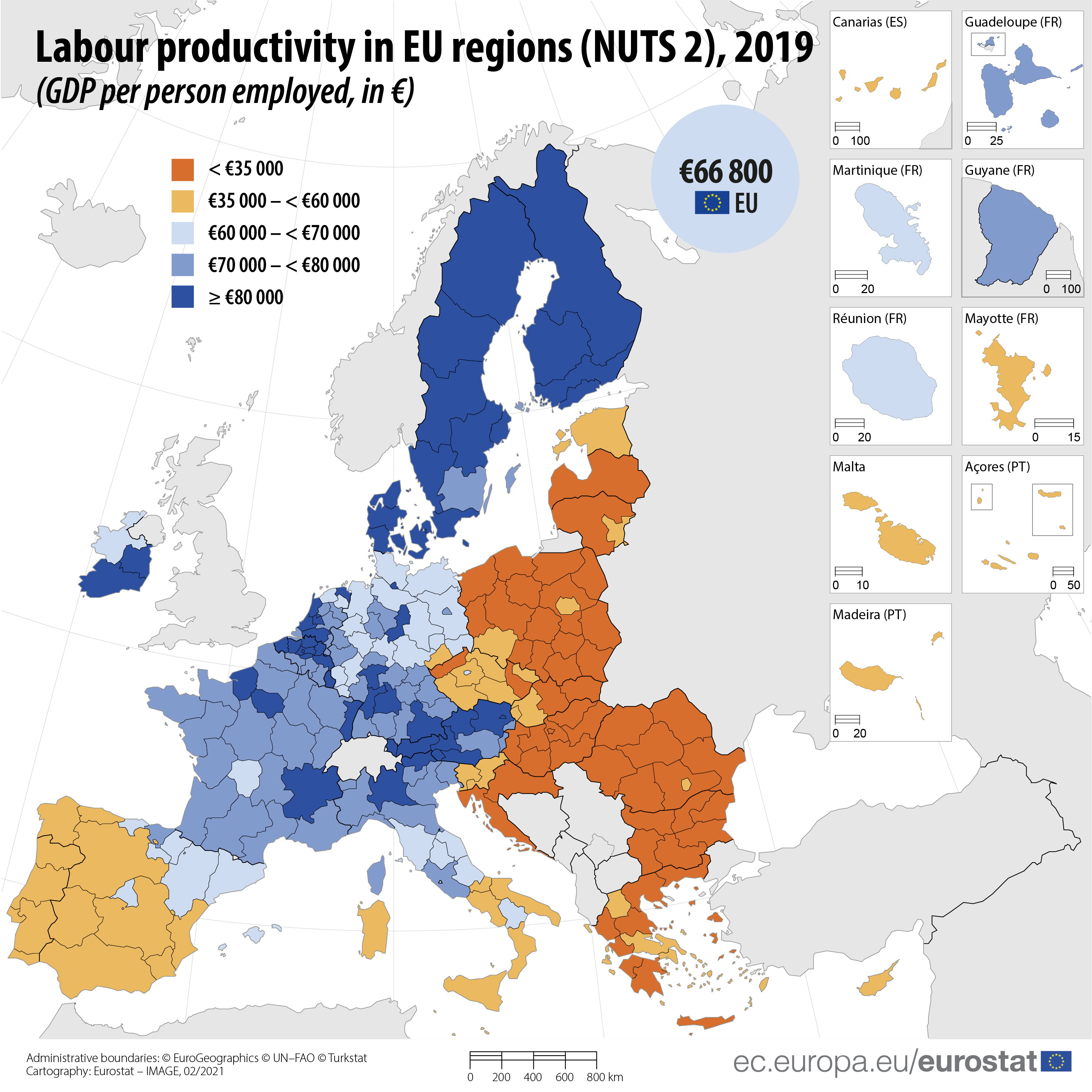