Disparities in minimum wages across the EU - Products Eurostat News

Back Disparities in minimum wages across the EU 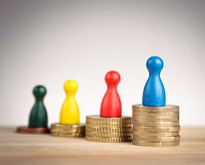 As of 1 January 2021, 21 out of the 27 Member States of the EU have national minimum wages: only Denmark, Italy, Cyprus, Austria, Finland and Sweden do not.

The 21 EU Member States that have national minimum wages can be divided into three main groups based on their levels in euro.

For comparison, the federal minimum wage in the United States was €1 024 in January 2021. 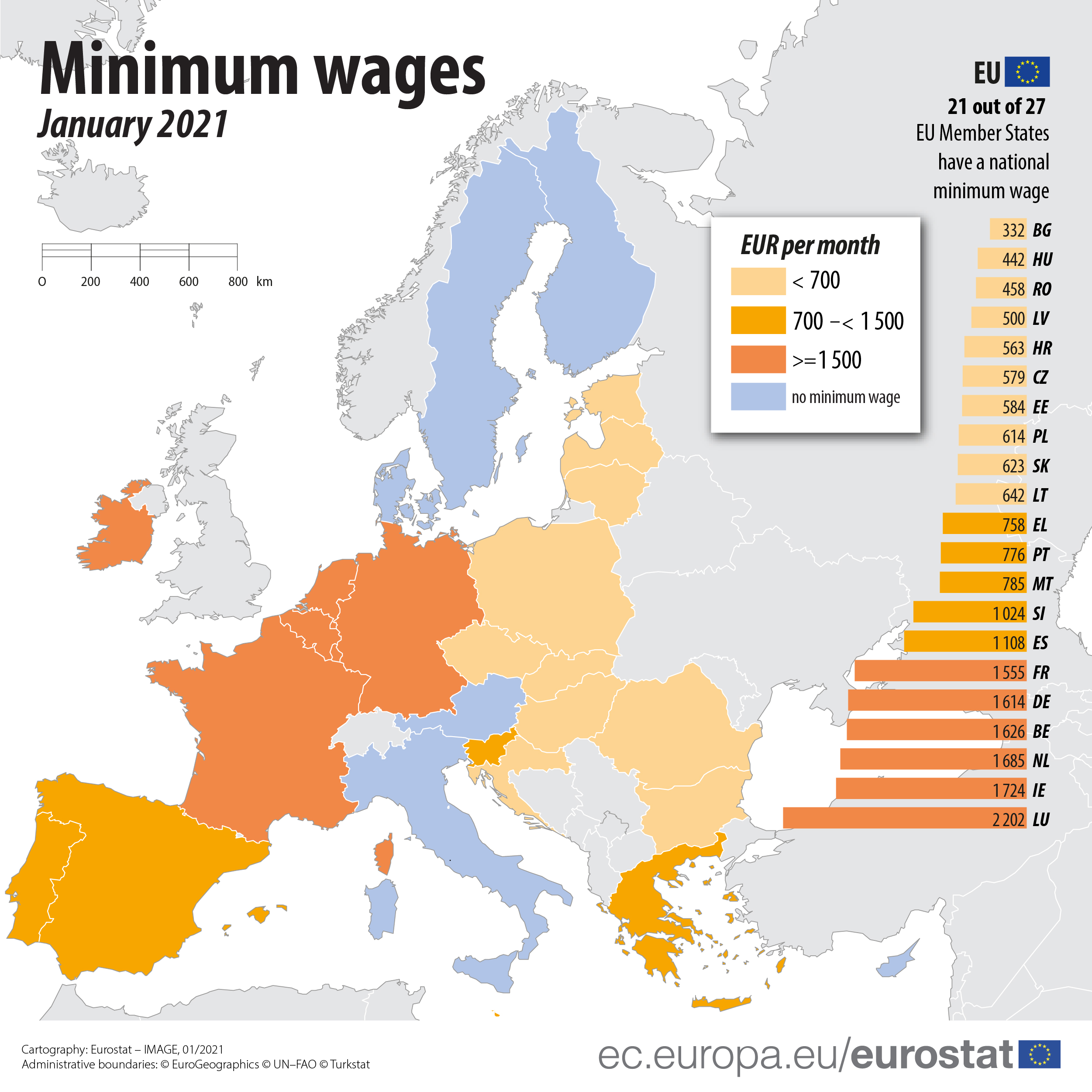 Across the 21 Member States concerned, the highest minimum wage in the EU was 6.6 times higher than the lowest.

By eliminating price differences, minimum wages ranged from 623 PPS per month in Bulgaria to 1 668 PPS in Luxembourg, meaning that the highest minimum wage was 2.7 times higher than the lowest.

Minimum wages may also be measured in relative terms, i.e. as proportion of the median earnings**. Based on the last available data from the four-yearly Structure of Earnings Survey, in 2018 minimum wages represented over 60% of the median gross monthly earnings in only four Member States: France (66%), Portugal (64%), Slovenia (62%) and Romania (61%). By contrast, minimum wages were less than half of the median earnings in six Member States: Croatia, Czechia and Latvia (all 49%), Spain (44%), Malta (43%) and Estonia (42%). 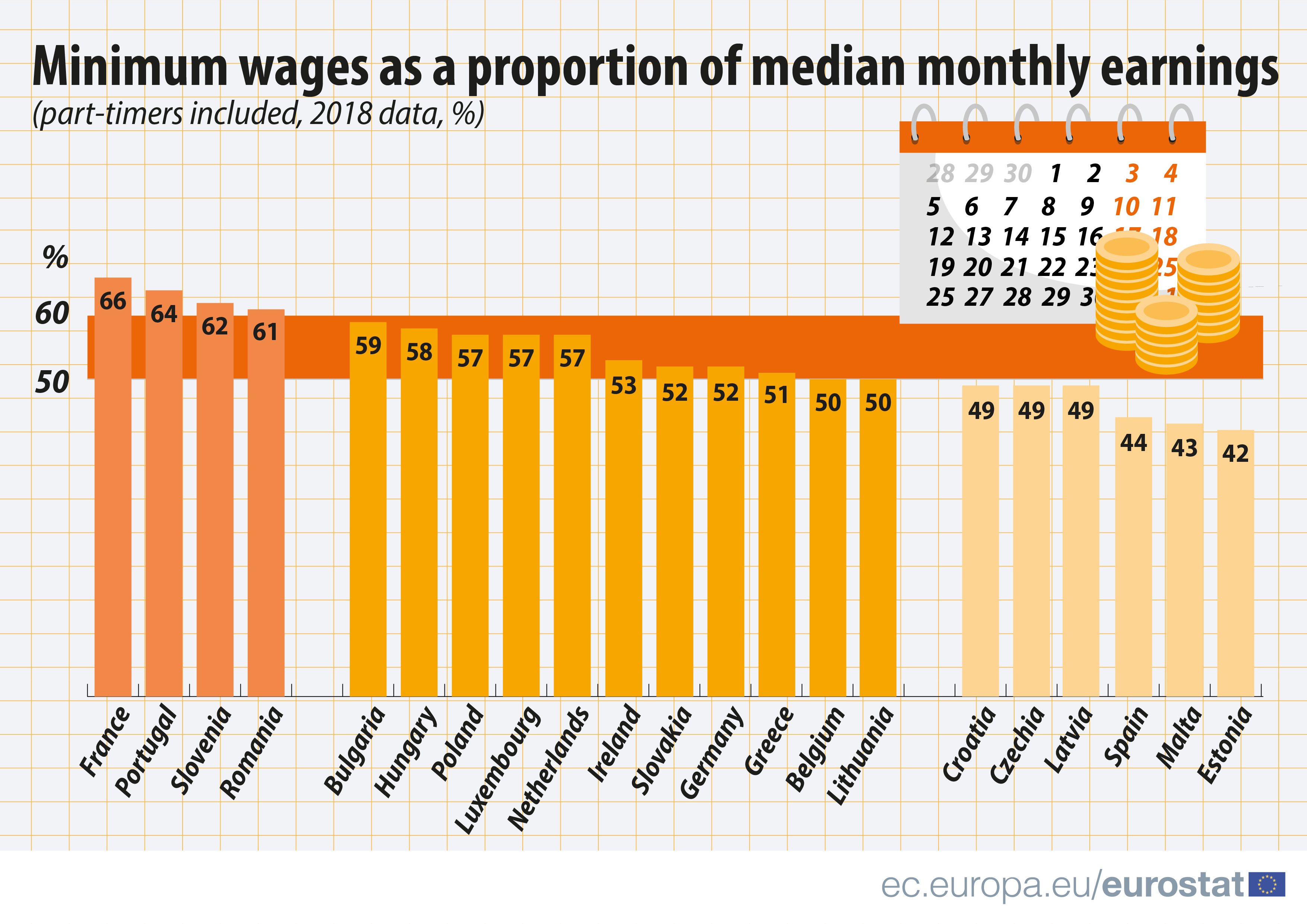 * Before any tax and social security contributions are deducted

** Data refer to the gross monthly earnings covering wages and salaries earned by full-time and part-time (in full-time equivalent) employees in the reference month (October 2018 in most countries). They exclude overtime pay and other extra payments and are calculated before any tax and social security contributions are deducted.

Eurostat provides national minimum wages at monthly rates. When the minimum wage is paid for more than 12 months per year (as in Greece, Spain and Portugal, where it is paid for 14 months a year), data have been adjusted to take these payments into account.