Print Real household income up by 1 % per year since 2000 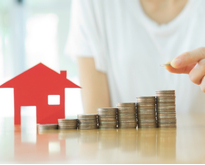 Changes in the purchasing power of households can be measured through the variation in household disposable income adjusted for inflation.

Household disposable income increased by around 18 % in total between 2000 and 2016, representing an average growth rate of 1 % per year.

Take a look at the interactive chart below to see how household income in your country has changed since 2000!