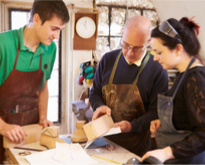 In 2018, 17.7 million pupils were studying at upper secondary level in the European Union (EU), out of which more than 8.5 million (or 48%) were enrolled in vocational education.

Students usually enter upper secondary school programmes (ISCED level 3) between the ages of 14 and 16. These programmes are typically designed to complete secondary education in preparation for tertiary education or provide skills relevant to employment, or both. In particular, vocational education programmes are designed to provide learners with the knowledge and the set of skills specific to a particular occupation or trade. Such programmes may have work-based components (e.g. apprenticeships, dual-system education programmes). Successful completion of such programmes leads to labour market-relevant, vocational qualifications acknowledged as occupationally oriented by the relevant national authorities and/or the labour market. 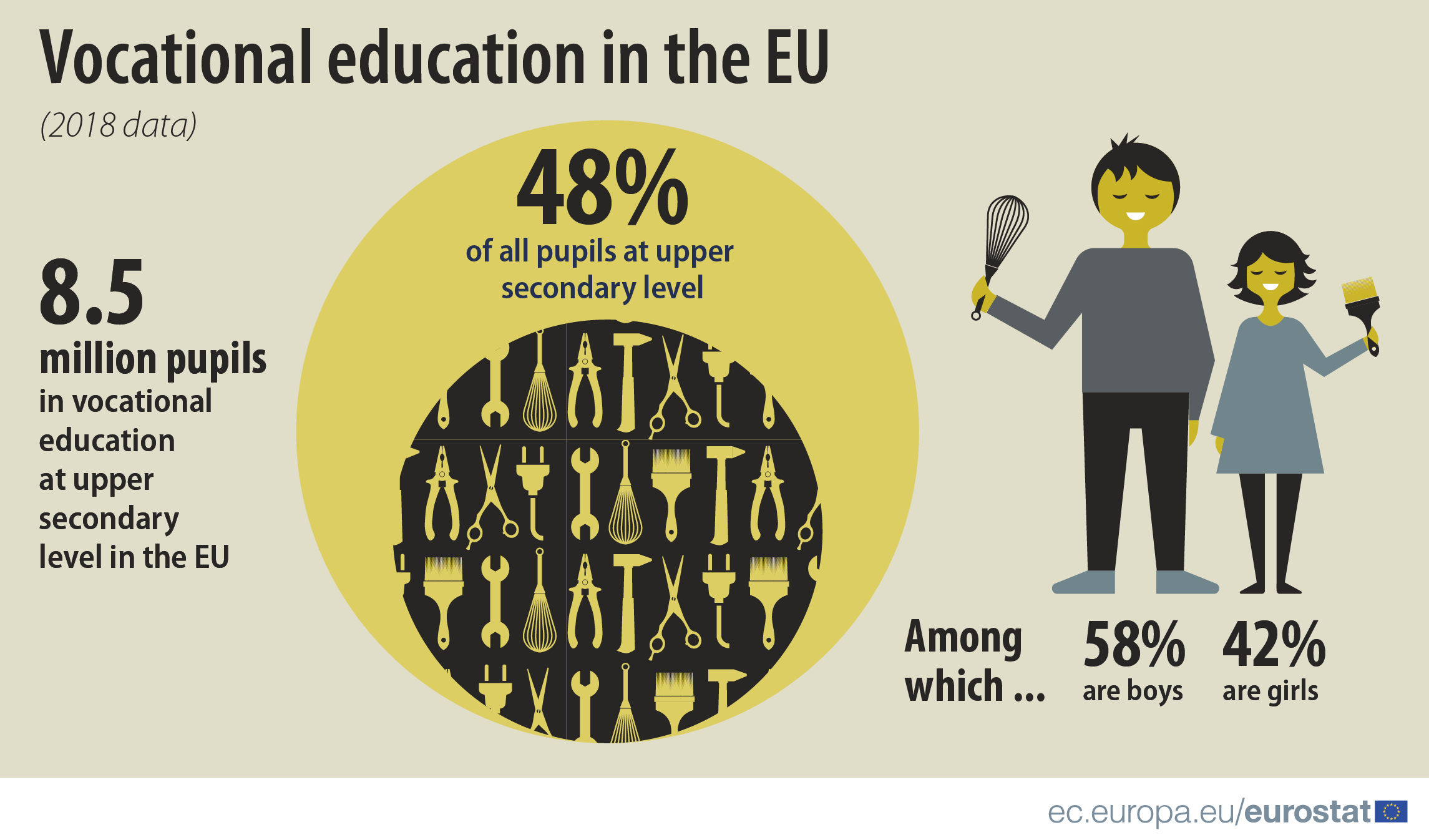 Vocational education at upper secondary level was somewhat dominated by males, who accounted for 58% of pupils studying this type of programme.

In 13 EU Member States, more than half of all upper secondary pupils studied vocational programmes in 2018. Finland registered the highest proportion of pupils at upper secondary level enrolled in vocational education (72%), ahead of Czechia and Slovenia (both 71%), Croatia (69%), the Netherlands, Austria and Slovakia (each 68%). 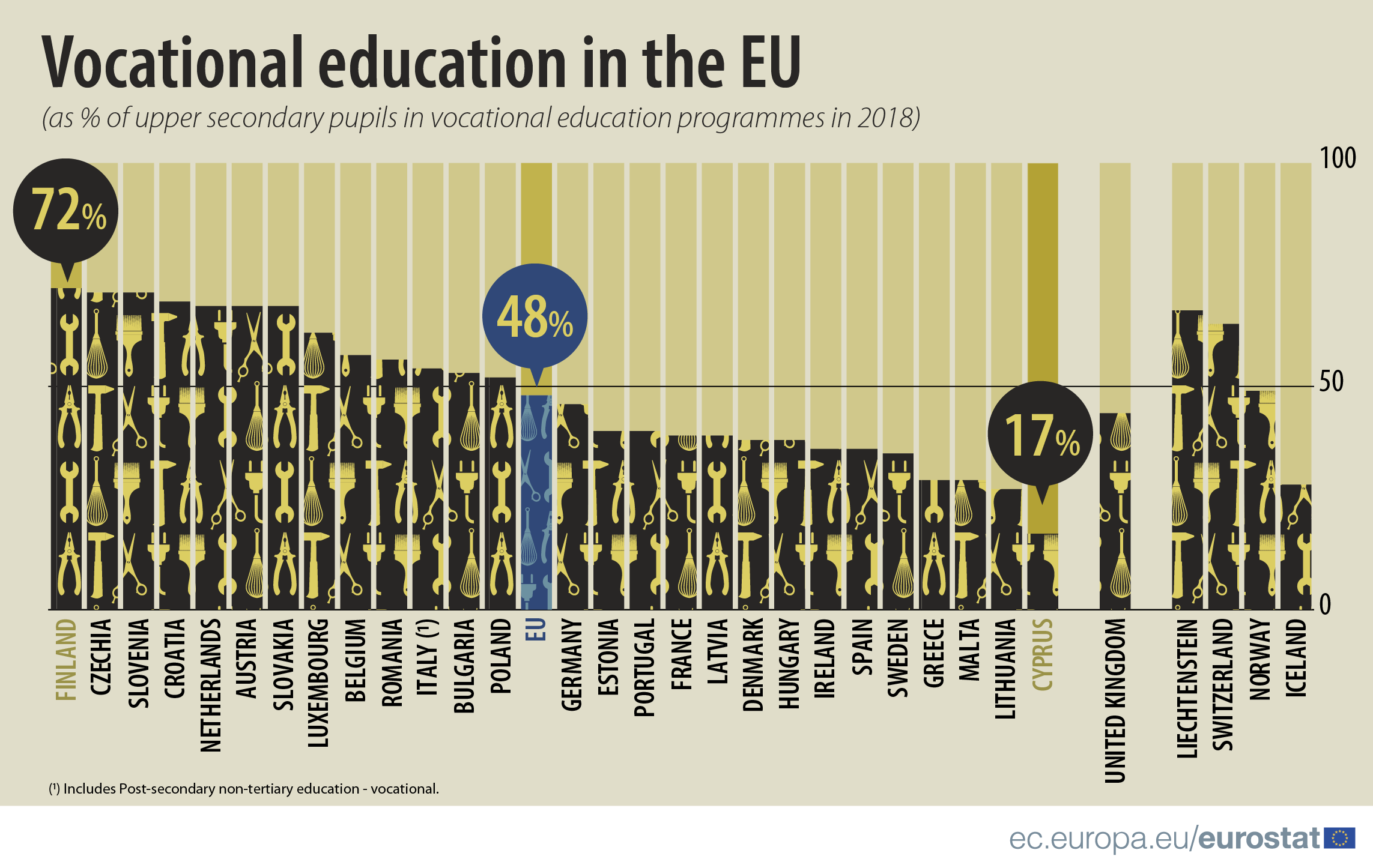 The proportion of upper secondary students enrolled in vocational programmes varies considerably across EU regions. In 2018, a peak of 76% was recorded in Severozápad (Czechia), more than four times the lowest share recorded in Cyprus (17%). 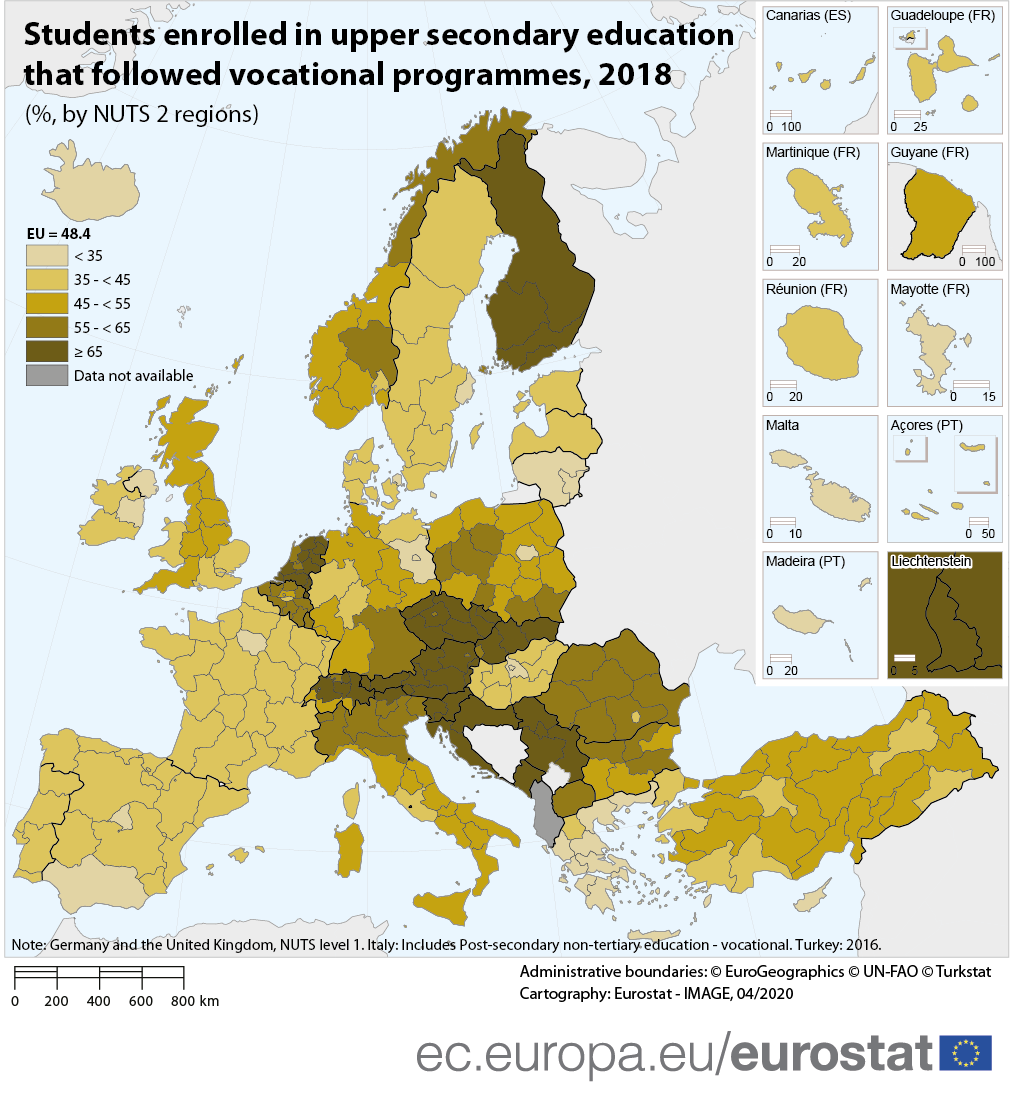 In 2018, this share was at least 65% in 37 (out of 218) NUTS level 2 EU regions (see notes). All regions in Croatia and in Slovenia had shares above 65% and this was also the case in all Finnish regions except Åland and in the regions outside the capitals in Czechia, Austria and Slovakia.