Fishing production in the EU

Print Fishing production in the EU 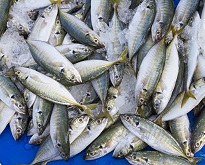 To mark World Food Day, the latest European Union (EU) fisheries data have been released.
The total EU fish catch in 2019 was about 4.1 million tonnes live weight from the seven marine areas covered by EU statistics. Spain’s fishing fleet accounted for about one fifth of all EU catches (0.8 million tonnes), with a little more than one quarter of the EU total also coming from the combined catches of Denmark (0.6 million tonnes) and France (0.5 million tonnes). 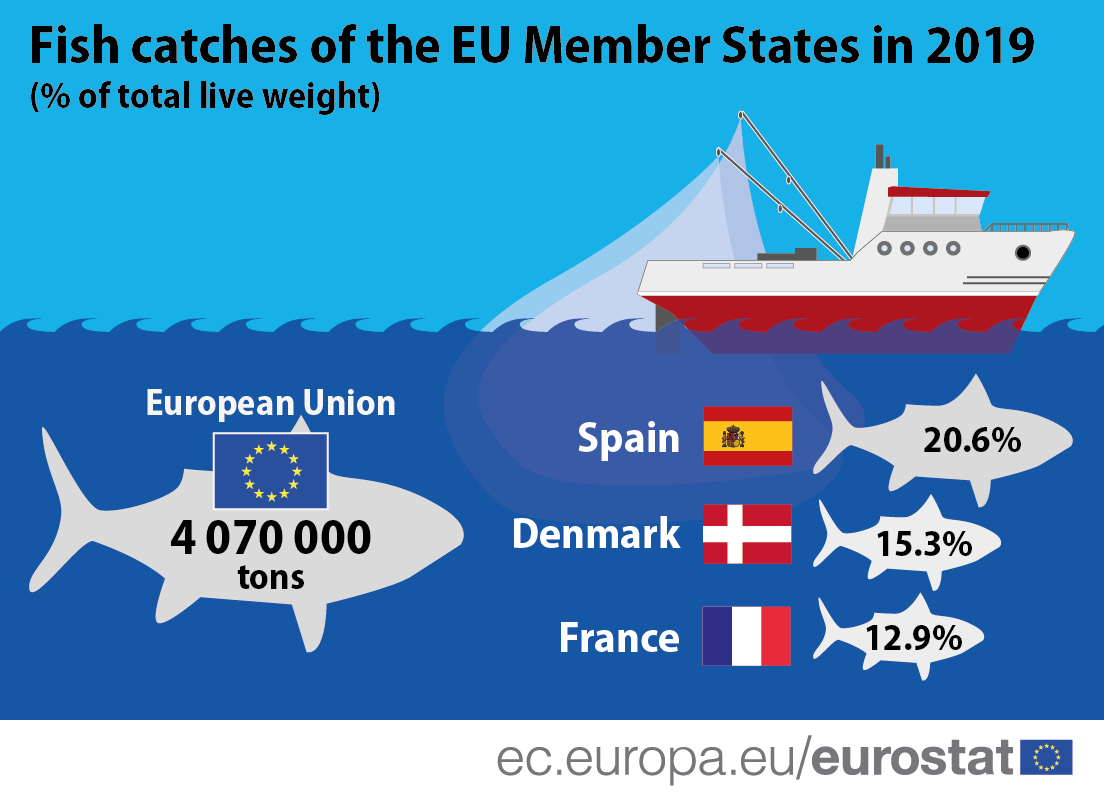 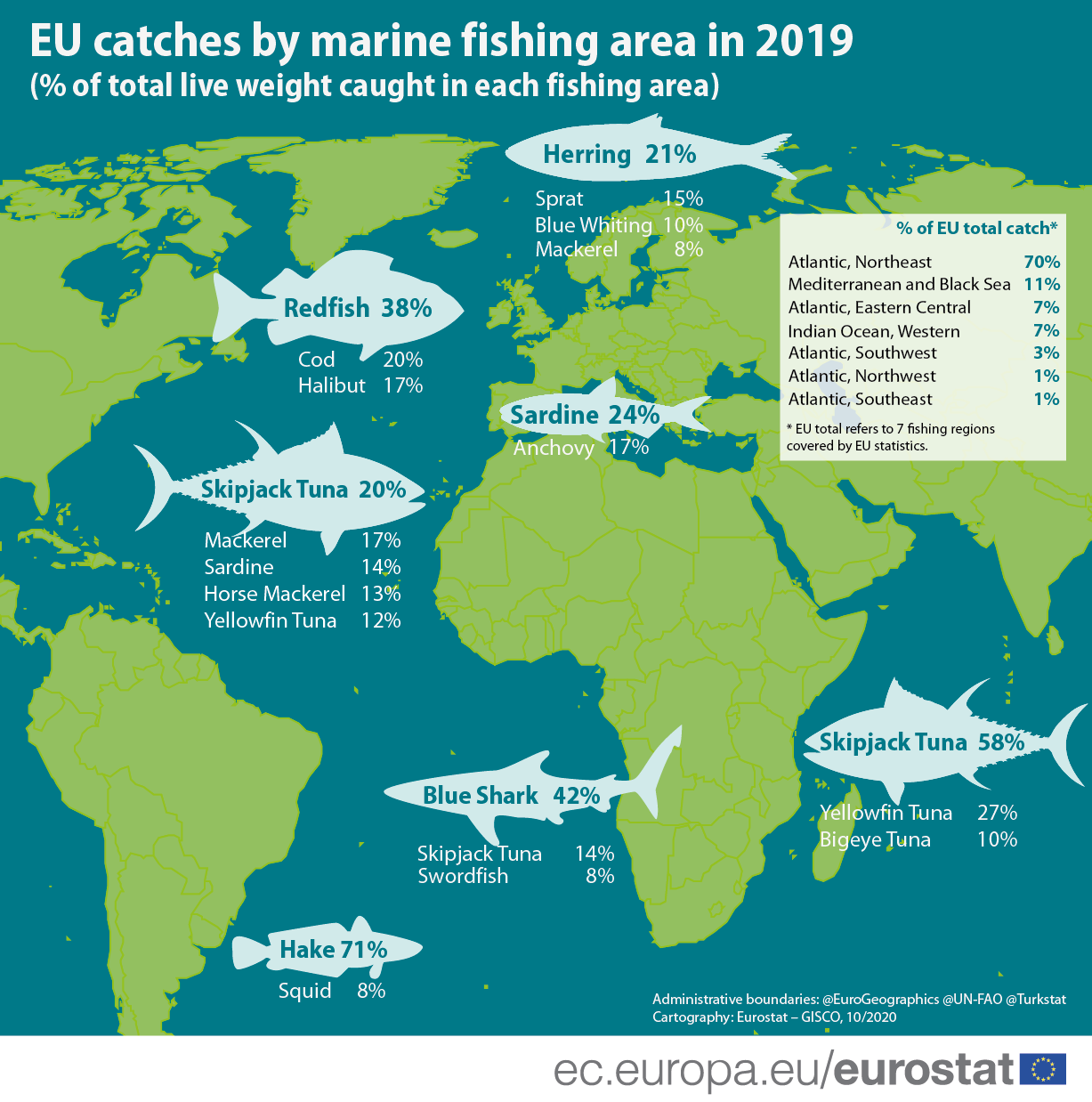 Almost 7% of the total EU catch was taken in the Indian Ocean, Western area. Fishing here was focussed on tuna; 96% of the total live-weight caught by the EU fishing fleet was tuna, particularly skipjack, yellowfin and bigeye. More than two-thirds of the EU total catch was by Spain (70%), and most of the rest by France (27%).
Only 5% of the total EU catch was taken in three remaining marine areas. The main species caught in these areas were the following: hake (72% of the EU’s area catch) in the Atlantic, Southwest area; blue sharks (42% of the EU’s area catch) and skipjack tuna (14%) in the Atlantic, Southeast area; and redfish (38% of the EU’s area catch), cod (20%) and halibut (17%) in the Atlantic, Northwest area.
Notes: The European Union (EU) includes 27 EU Member States. The United Kingdom left the European Union on 31 January 2020. Further information is published here.
For more information: