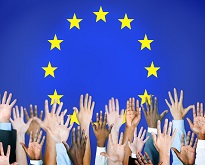 Under the baseline scenario of the latest population projections issued by Eurostat, the European Union’s population will decrease by almost 7%, or 31 million people, between 1 January 2019 and 1 January 2100.

Following years of steady increase, the EU’s population is projected to peak at 449 million persons in 2026, and then to progressively fall.

Under this baseline scenario, the EU’s population will continue to grow older generally. The proportion of children (aged 0 to 14 years) is projected to decrease slightly from a share of 15% at the beginning of 2019 to 14% by 2100. Similarly, the share of working-age people in the EU’s total population is projected to decrease from close to 65% in 2019 to 55% in 2100. 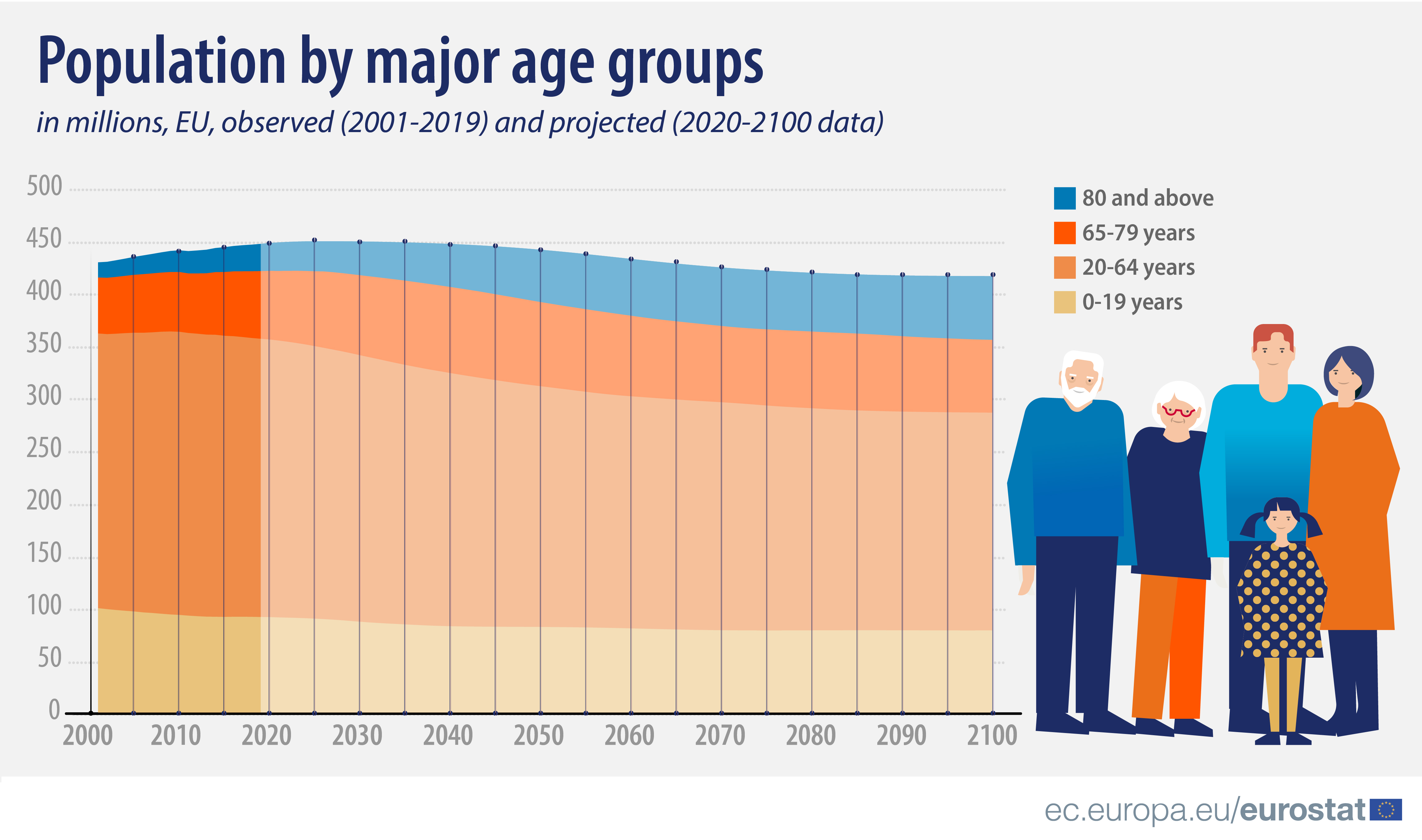 Visualise population trends in your country

On the occasion of World Population Day 2020, check out our interactive population pyramid that allows you to compare the EU’s current population by age group and sex with Eurostat's population projections.

Select an EU Member State or an EFTA country to see the number of people by age group and sex in 2019 (block colour) and compare this with future population projections up to the year 2100 (line with a border).