Number of nurses and midwives on the rise - Products Eurostat News

Back Number of nurses and midwives on the rise

Print Number of nurses and midwives on the rise 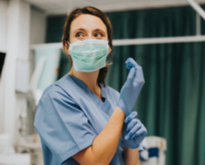 Doctors, nurses and other health personnel are on the front line in the fight to save lives from the coronavirus pandemic. They are applauded and praised as society’s new heroes. Nurses is a key profession in this fight, closely monitoring their patients, administering their treatment, encouraging and soothing them. 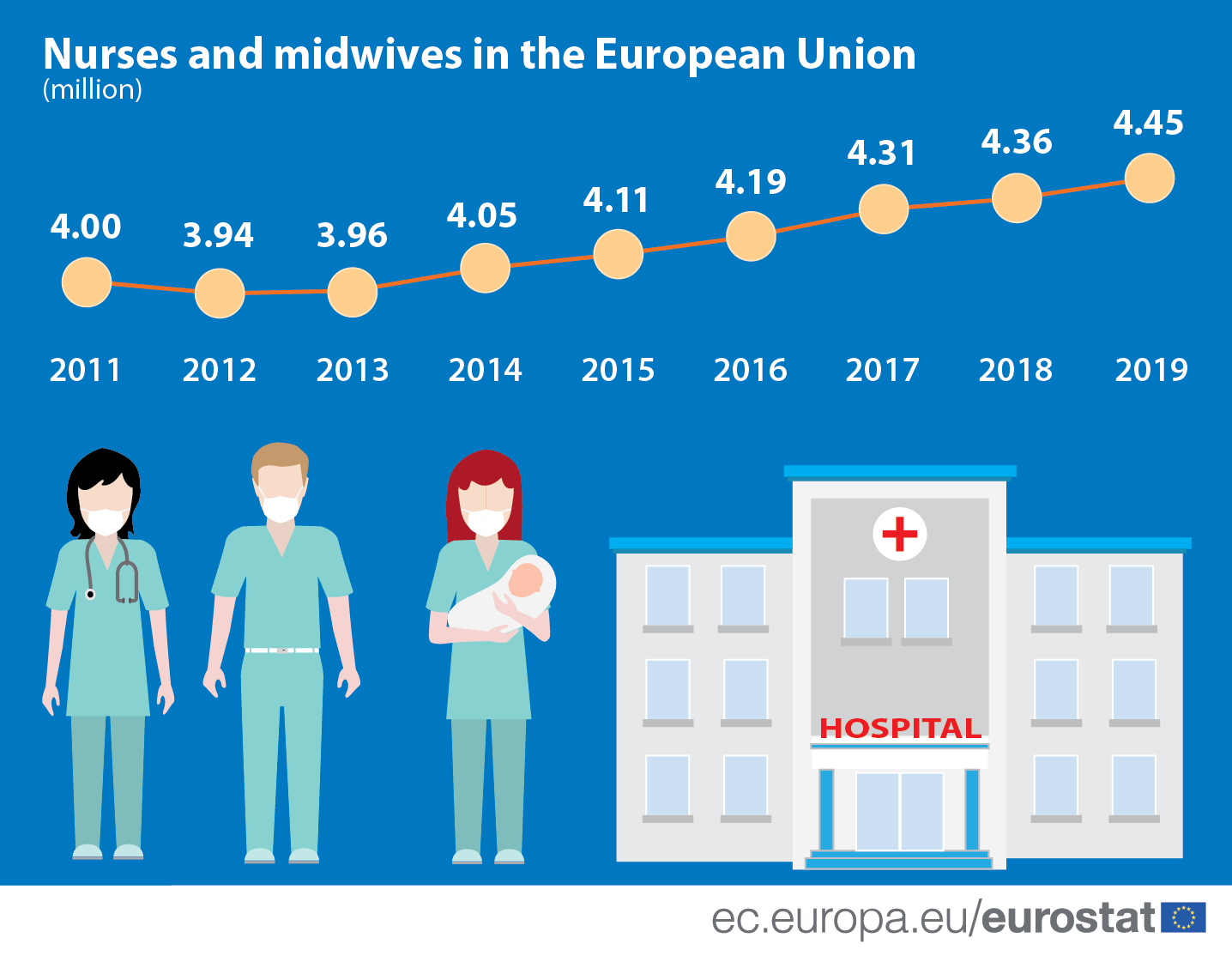 In contrast, 11 out of 27 EU Member States recorded shares of nurses and midwives of 1.5% or less in the total employment in the country. The lowest share was 1.1%, recorded in Bulgaria, closely followed by Latvia and Luxembourg (both 1.2%), Estonia, Cyprus and Hungary (all 1.3%), Greece and Poland (both 1.4%) as well as Spain, Portugal and Romania (all 1.5%). 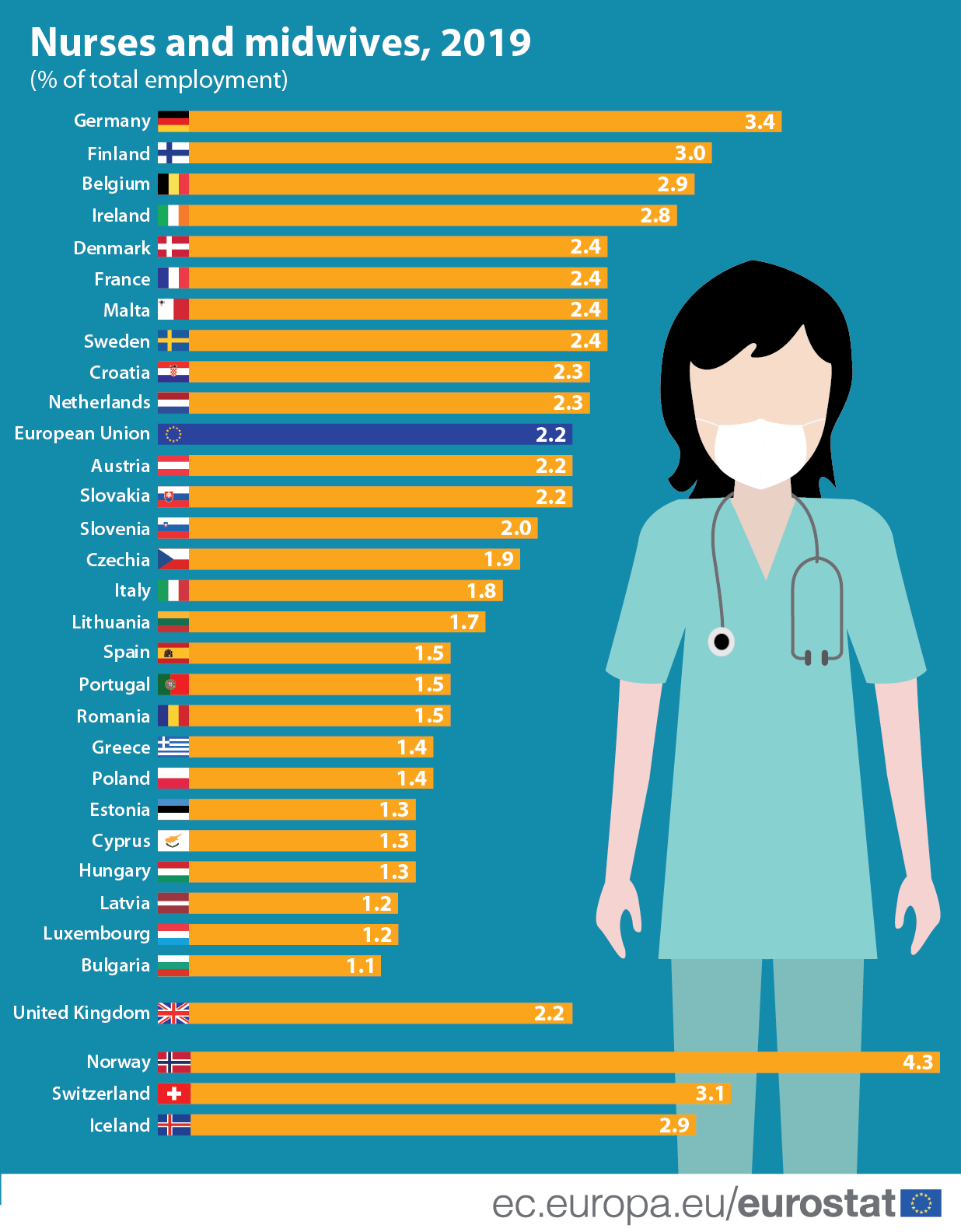 2020 marks the International Year of the Nurse and the Midwife, a year-long effort to celebrate the work of nurses and midwives, highlight the challenging conditions they often face, and advocate for increased investments in the nursing and midwifery workforce. Each year on 12 May, the anniversary of Florence Nightingale's birth, the International Nurses Day is celebrated.