null Women’s employment in the EU

Print Women’s employment in the EU 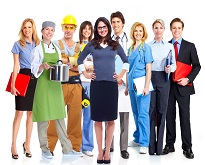 Across all Member States, the employment rate for men was higher than that of women. Nevertheless, this gender employment gap has narrowed from 15 pp in 2008 to 12 pp in 2018.

The gender employment gap varied significantly across EU Member States in 2018. The highest gaps were recorded in Malta (22 pp) and Greece (21 pp), while the lowest gap was observed in Lithuania (2 pp). 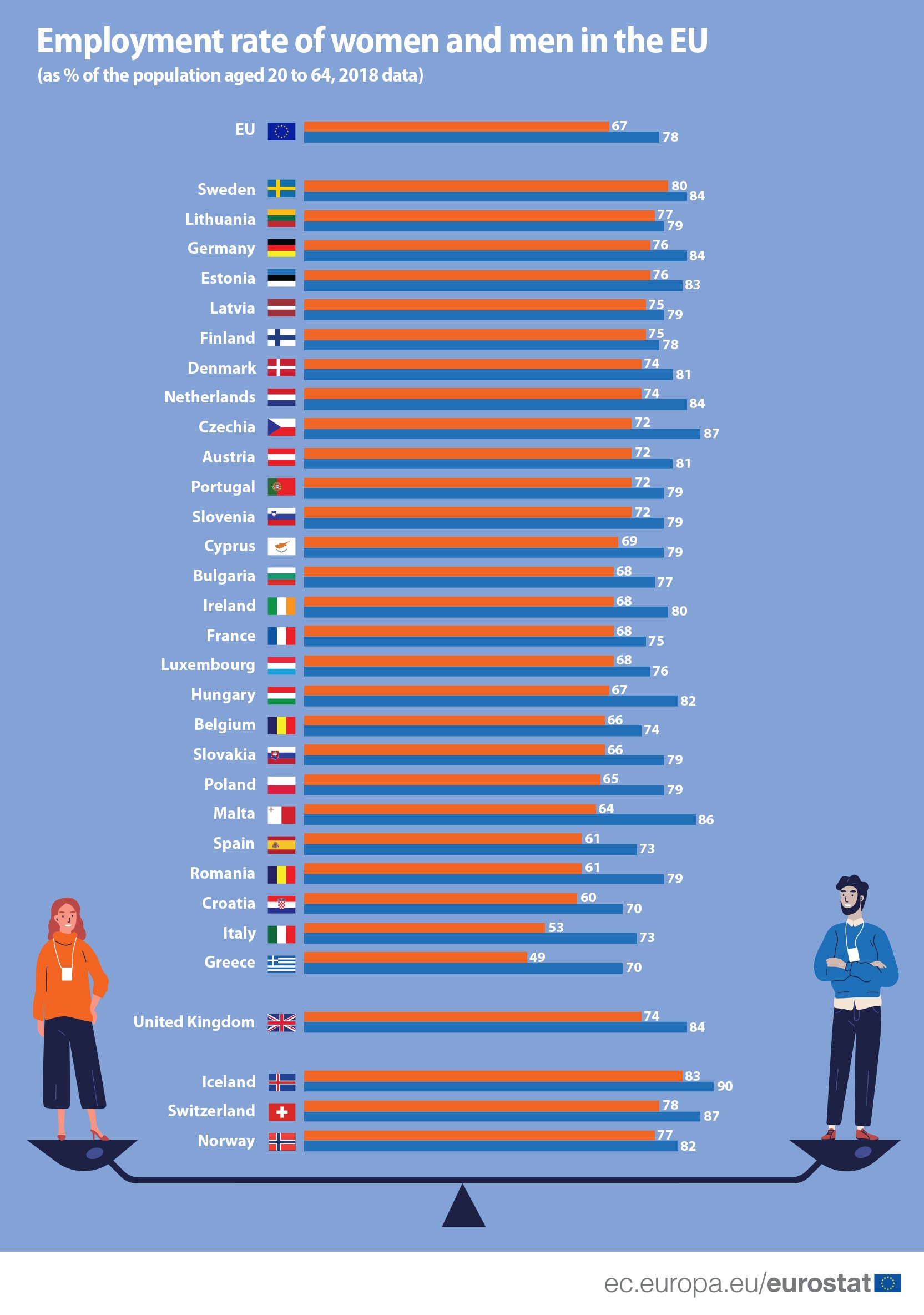 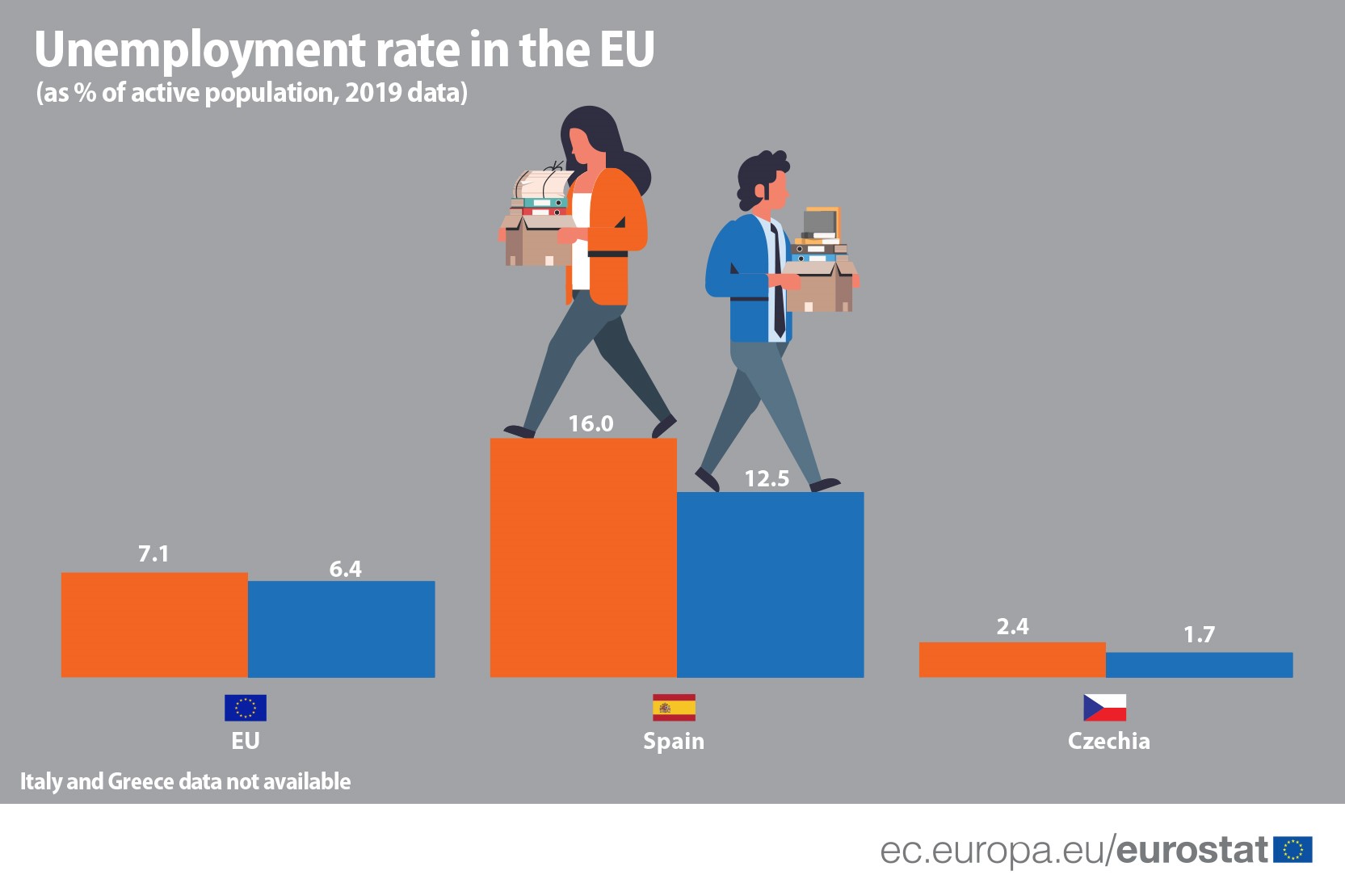 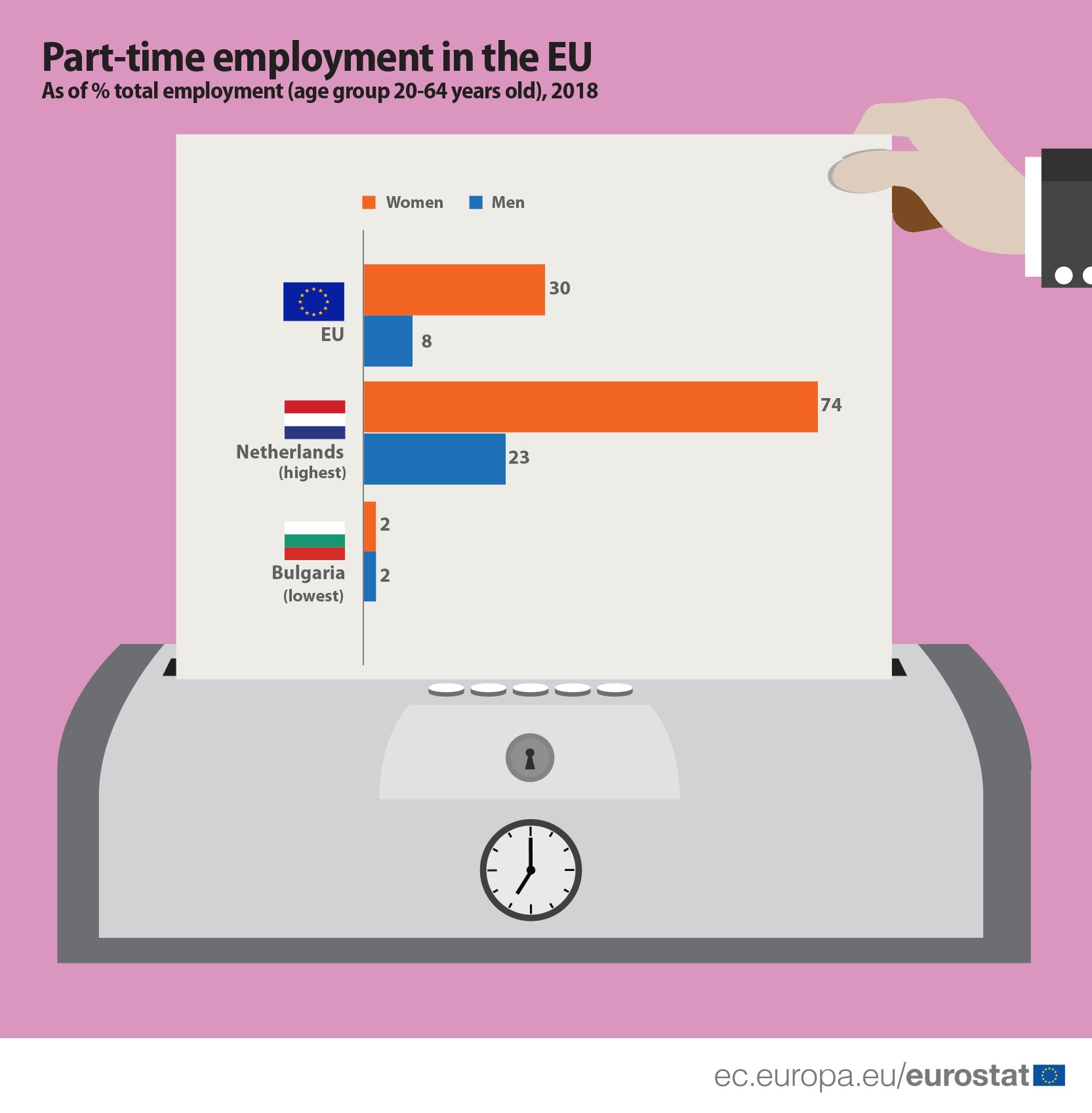 (*) The actual employment rates, which are shown rounded to the nearest integer in the graph, are 66.5% for women and 78.3% for men. Therefore, their difference is rounded to 12 pp.