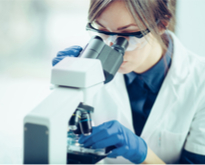 Men were particularly overrepresented in manufacturing (79% of scientists and engineers in manufacturing were male), while the gender ratio in the services sector was more balanced (54% male and 46% female). 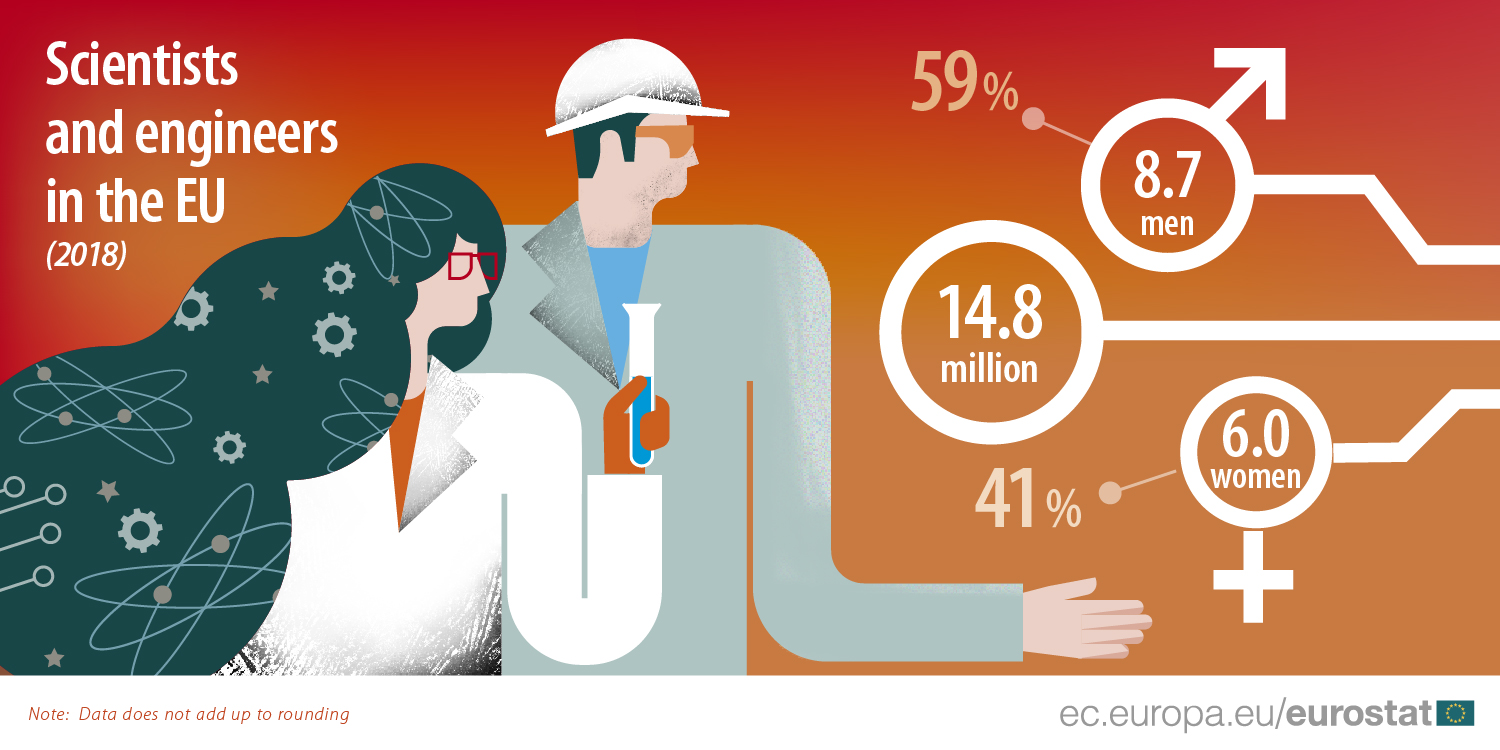 However, in four EU Member States, the majority of scientists and engineers were women: Lithuania (57% female), Bulgaria and Latvia (both 52%) and Denmark (51%). 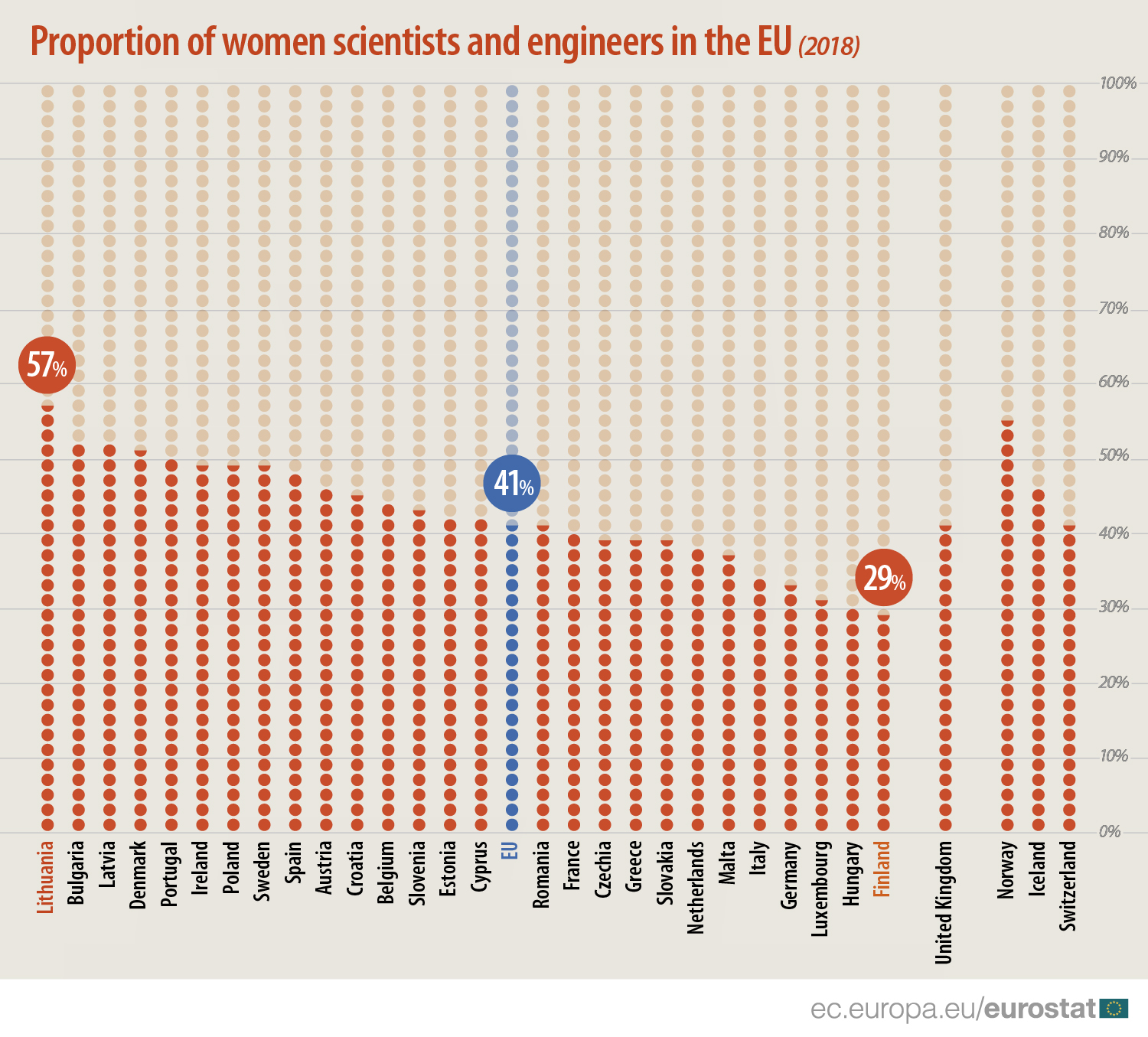