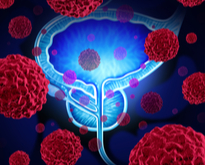 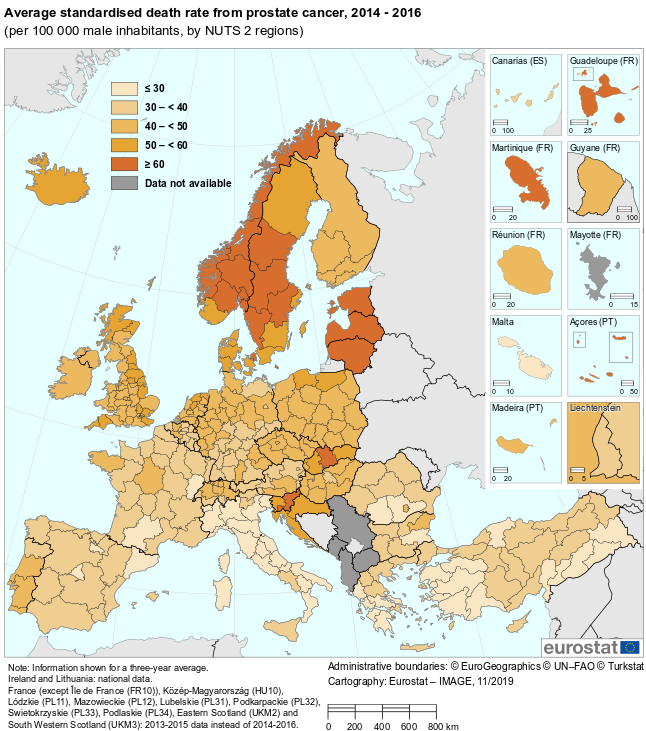 In contrast, the lowest standardised death rates from prostate cancer were largely concentrated in southern Europe. The death rate was below 30 per 100 000 male inhabitants in 18 regions of Italy, including Basilicata (which also recorded the lowest rate in the EU), five regions in Greece, four regions in Spain, three regions in France, two regions in Romania, and one region in Bulgaria and Malta (a single region at this level of detail).

Note: To make a sound comparison across regions, the numbers of prostate cancer deaths need to be adjusted to the size and structure of the population. Standardised death rates are more reliable when making comparisons between diseases as they remove the impact of different age structures.