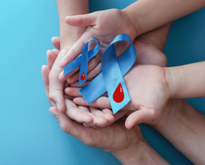 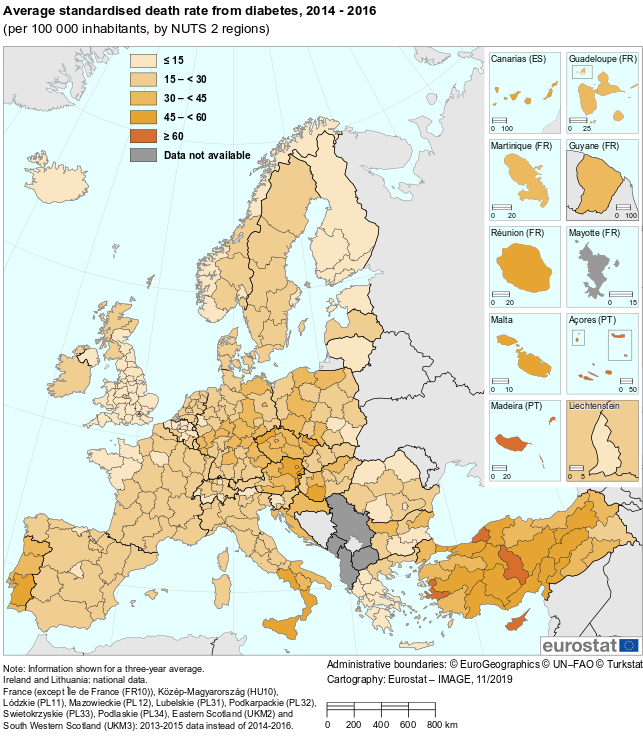 On the other hand, the lowest standardised death rates from diabetes were recorded in two regions of Romania: Nord-Vest (5 deaths per 100 000 inhabitants) and the capital region of Bucuresti – Ilfov (6).

Rates below 10 deaths per 100 000 inhabitants were also reported in 22 regions of the United Kingdom, five regions in Finland, one further region in Romania and one region in Belgium, Bulgaria, Greece, and Lithuania (only national data available).

Note: To make a sound comparison across regions, the numbers of deaths from diabetes need to be adjusted to the size and structure of the population. Standardised death rates are more reliable when making comparisons between regions as they remove the impact of different age structures.”

This news is published on the occasion of World Diabetes Day (14 November).