Will you be shopping online today? - Products Eurostat News

null Will you be shopping online today?

Print Will you be shopping online today? 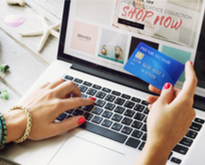 Online shopping is becoming increasingly widespread in the European Union (EU) as consumers appreciate the advantages, such as being able to shop anytime and anywhere, having access to a broader range of products and being able to compare prices easily. Today, Cyber Monday, is especially popular for shoppers looking for some good online bargains.

Looking at the figures for individual EU Member States, the highest proportions of internet users who shopped online during the previous year were in the United Kingdom (86 %), Sweden (84 %), Denmark, Germany, Luxembourg and the Netherlands (all 82 %).

If you would like to find out more about the products that are bought online in your country and in other EU Member States, why not try the interactive tool below:

For more information on the digital economy and society: