Europeans like to spend their holidays in Europe - Products Eurostat News

null Europeans like to spend their holidays in Europe

Print Europeans like to spend their holidays in Europe 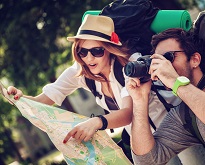 Today is European Tourism Day 2018 and to mark this event, here are some statistics about tourist travel in the European Union (EU). Last year EU citizens made 1.2 billion tourist trips - the vast majority of these (94 %) were to destinations within the EU, often within their own country of residence.

Figures on the number of nights spent in EU tourist accommodation for 2017 show that for the EU as a whole, half (52 %) of the nights were spent by people who were residents of the reporting countries and 35 % were spent by non-residents from other EU countries.  Tourists from outside the EU accounted for the remaining 13 % of nights. 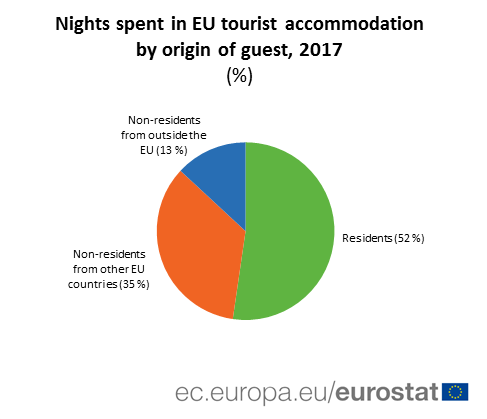 The highest proportion of overnight stays undertaken by residents within the country or non-residents from other EU countries in 2017 was in Poland (94 %). 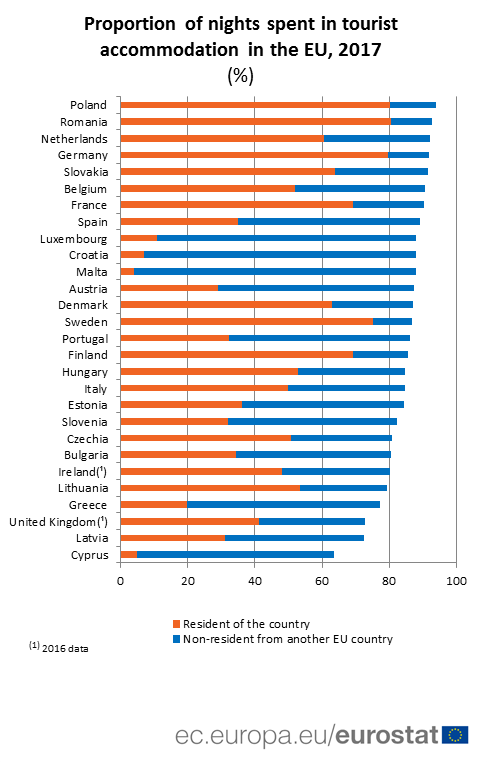 For more statistics on tourism take a look at the following links:

The data sources are here:  trips of EU residents and nights in EU tourist accommodation.