For the love of whisky - Products Eurostat News

null For the love of whisky

Print For the love of whisky 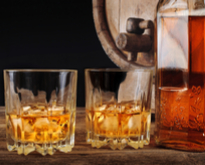 The United Kingdom dominates the market

Unsurprisingly, the United Kingdom is also the largest EU exporter of whisky. It sold almost €5 billion-worth of whisky in 2016 (of which 69% was exported outside the EU). This made up almost three-quarters of all EU Member States’ whisky exports that year. 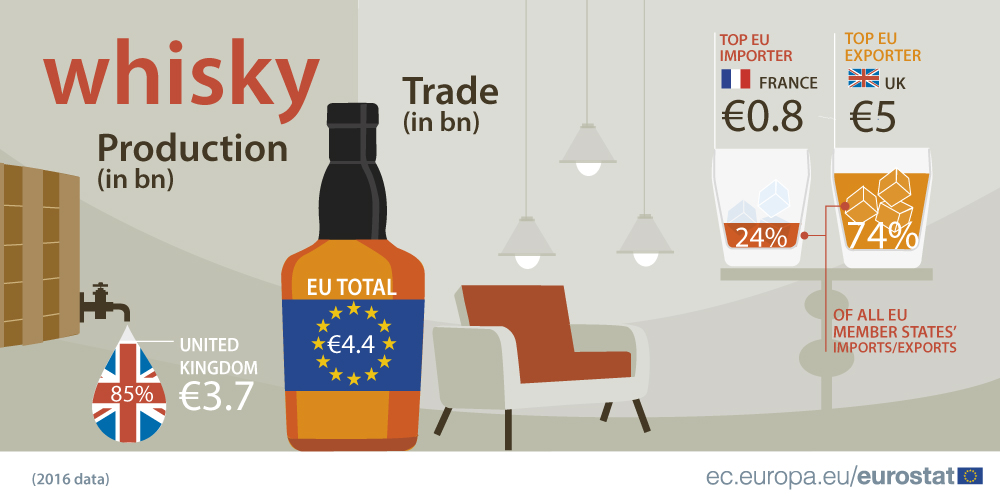 As concerns whiskey imports into the EU, the United States also is the main partner. When EU Member States import whiskies from abroad (626 million in 2016), most came from the other side of the Atlantic (€506 million, or 81% of EU total imports from non-EU countries).