City dwellers: highly educated but weighed down by housing costs 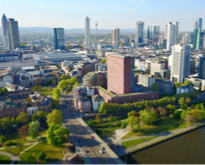 Cities are often seen as centres of growth, providing opportunities for studying, innovation and employment. Yet, they face a range of social and environmental challenges, and one of them is affordable housing.

This news item is published on the occasion of World Cities Day. 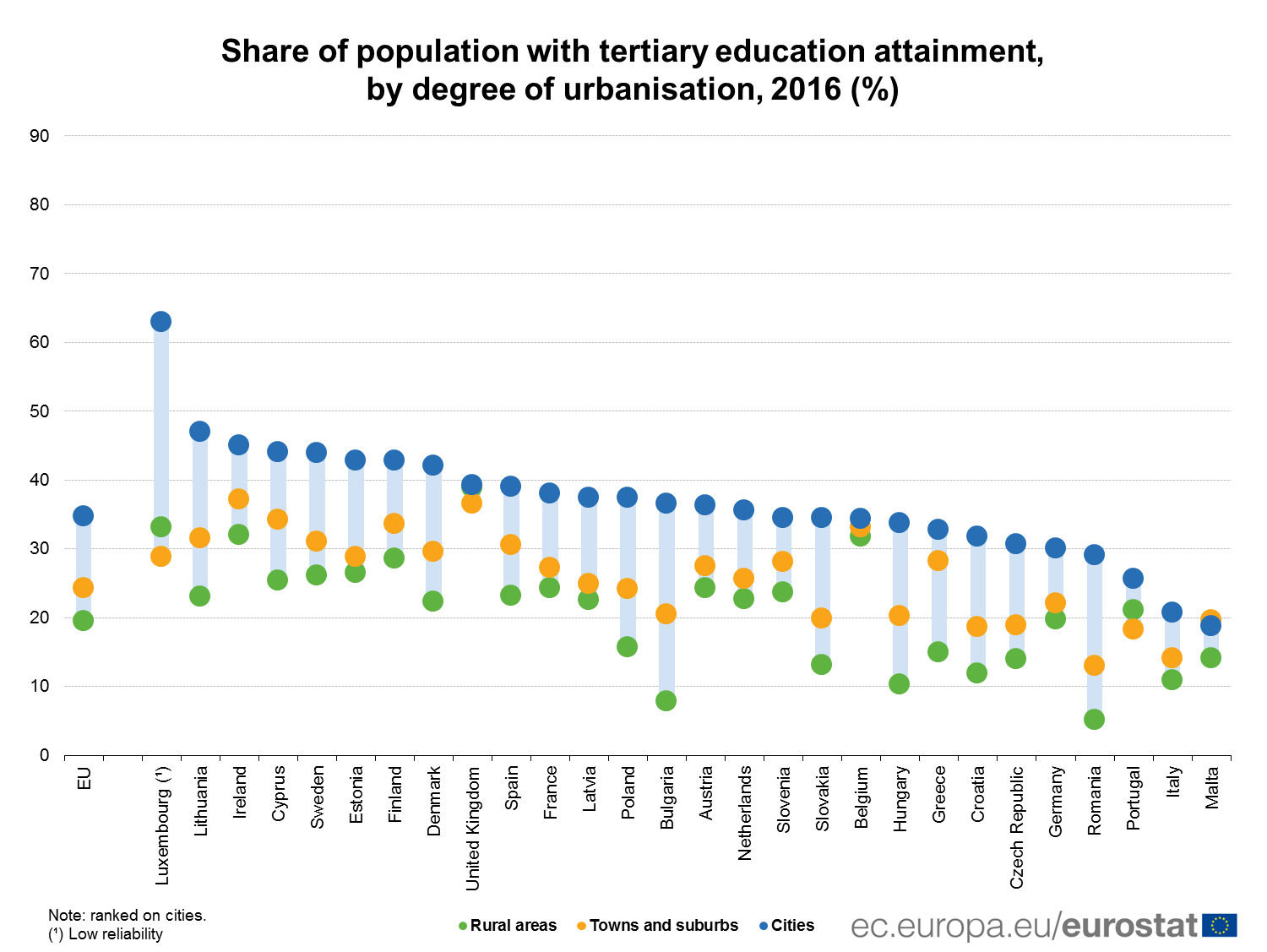 Although a city life offers greater opportunities for higher education and employment, it also has disadvantages, such as higher housing costs.

At EU level, 13% of the city population were living in households which spent more than 40% of their disposable income on housing. In general in the EU, the housing cost overburden rate was higher in cities than in towns and suburbs (11%) and rural areas (9%). 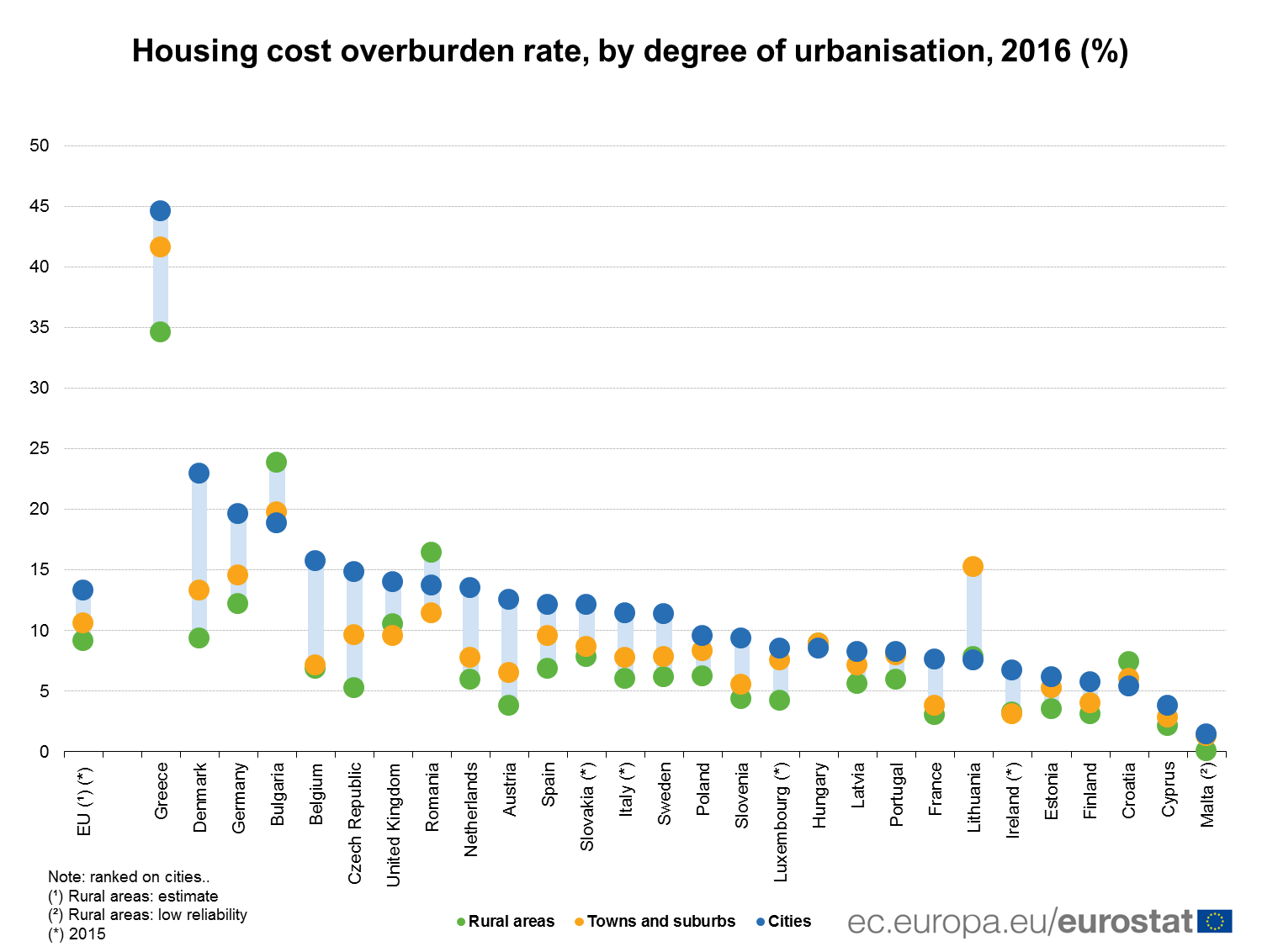 In 2016, the housing cost overburden rate for people living in cities was by far the highest in Greece (45% of total city population). It was followed at a distance by Denmark (23%), Germany (20%), Bulgaria (19%) and Belgium (16%). In all EU Member States, the housing cost overburden rate was higher in cities compared to rural areas, except for Bulgaria, Romania, Croatia, Hungary and Lithuania.