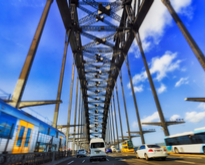 This year’s spring as well as summer holidays might be affected by the COVID-19 outbreak, due to travel restrictions as well as other precautionary measures that have been implemented in response to the pandemic. To still be able to discover the world, eager travellers might be looking for destinations closer to their home, accessible by road.

Comparing the length of the motorways to the area of the regions gives a good picture of the motorway infrastructure. Some of the highest motorway densities can be found around European capitals and other big cities, in large industrial centres and also around major seaports. 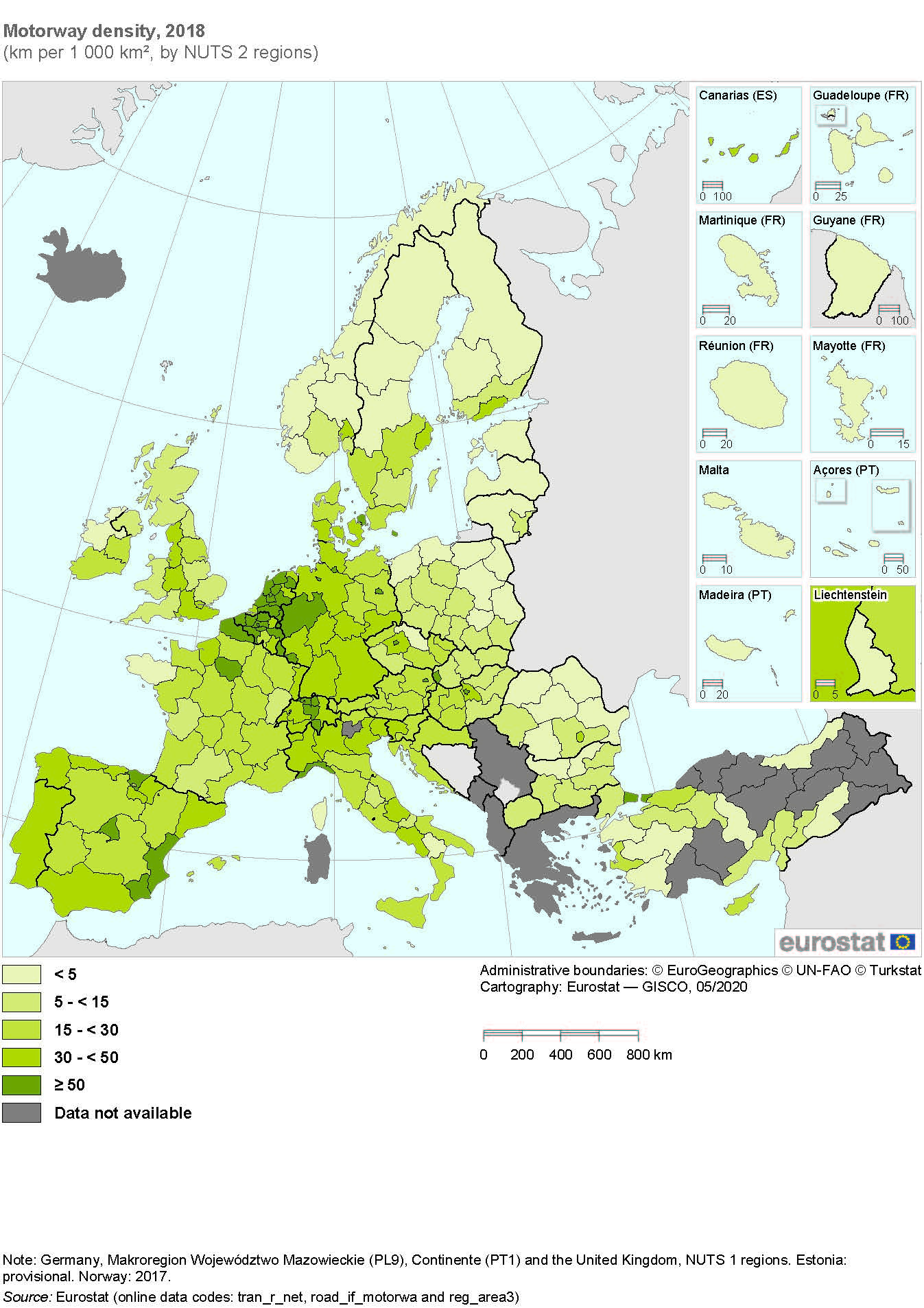 The density of motorways on islands is generally low, as islands cannot be reached directly by road. Instead, they rely on sea or air transport. Even so, the motorway density of the Canary Islands appears relatively high at 37 km per 1000 km².