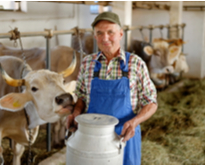 In 2019, 15.9 million people aged over 15 were employed in the food supply sector in the European Union (EU), representing 8% of total employment. Their role is crucial for ensuring the essential needs of households, by keeping supermarket shelves as well as our plates full, during this period of corona crisis.

Almost half of people employed in the food supply sector worked in crop and animal production, hunting and related service activities (46%). Meanwhile, jobs in the manufacture of food products accounted for 26% of employment of this sector, followed by jobs in: retail sale of food, beverages and tobacco in specialised stores (15%), wholesale of food, beverages and tobacco (8%), manufacture of beverages (3%), wholesale of agricultural raw materials and live animals (2%) and fishing and aquaculture (1%). For the purpose of this news item, people employed in bars and restaurants are not included under food supply sector.

The majority of food supply workers were men (59%) although the gender distribution varied with the activities: fishing and aquaculture recorded 88% of men while retail sale of food, beverages and tobacco registered 63% of women. As regards the distribution by age groups, over one-third (38%) of people employed in the food supply sector in the EU were aged 35 to 49, while people aged 50 or above accounted for 34% and those aged 15-34 for 28%. 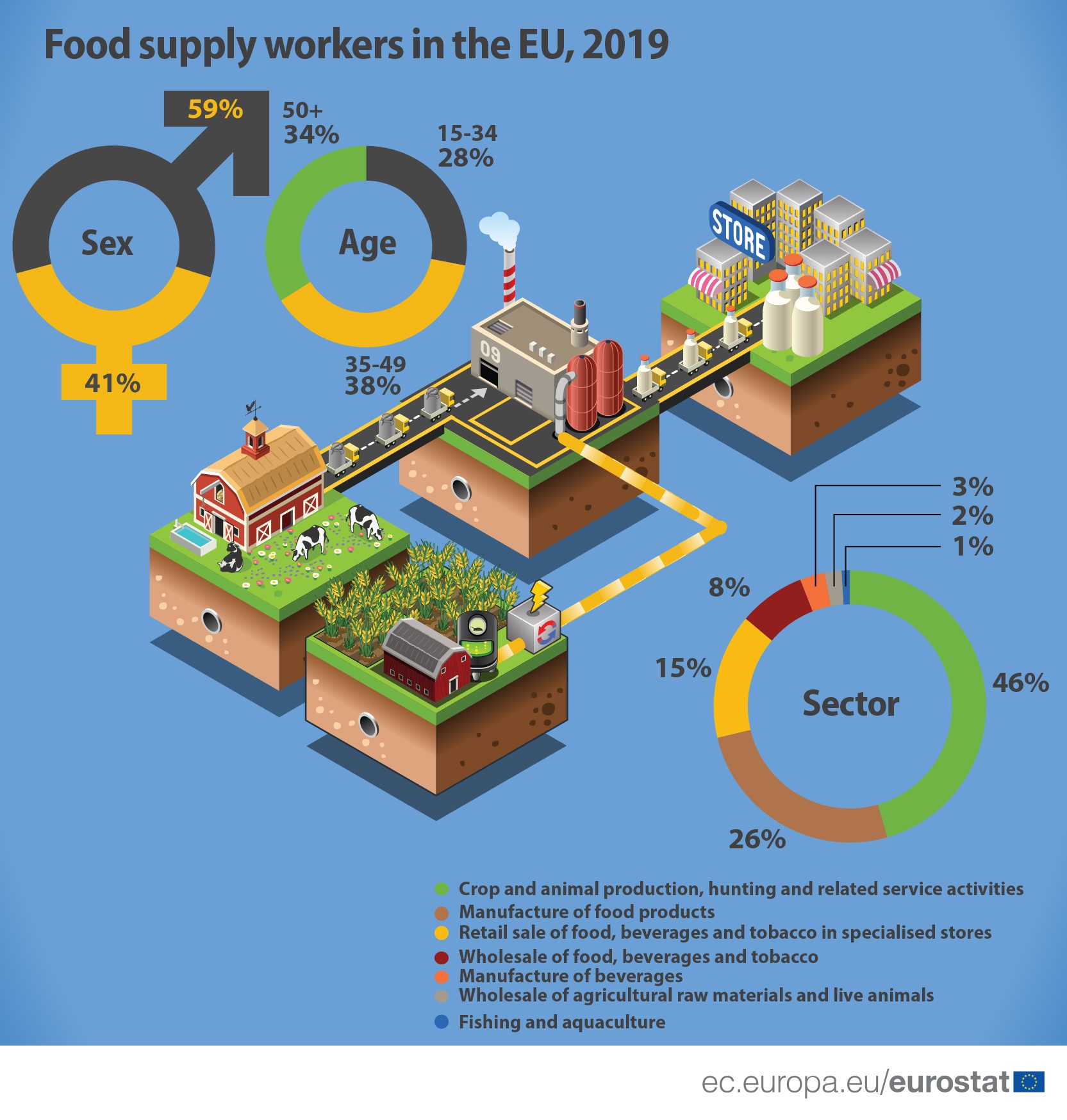 Among the EU Member States, Romania recorded the highest share of food supply workers (23%), followed by Greece (18%) and Poland (14%). By contrast, the lowest shares were recorded in Luxembourg and Sweden (both 3%), followed by Denmark (4%).

Germany is the only EU Member State where women were predominant in the food supply (52% of women and 48% of men) while Ireland recorded the highest share of men (78%), followed by Malta (72%) and Luxembourg (69%). In addition, only five EU Member States (Cyprus, Denmark, Malta, the Netherlands and Sweden) had their workers aged 15-34 dominating the food supply sector. Indeed, in a majority (16 out of 27) of the EU Member States, the largest shares of food supply workers were in the 35-49 age group, with the highest shares reported in Bulgaria, Czechia, Spain and Hungary (all 43%), while in six EU Member States (Germany, Finland, Lithuania, Latvia, Portugal and Slovenia), people aged 50 and above accounted for the largest share of food supply workers.

With the exception of Spanish region of Murcia (24%), the highest shares of food supply workers were generally recorded in regions of Greece, Poland and Romania: 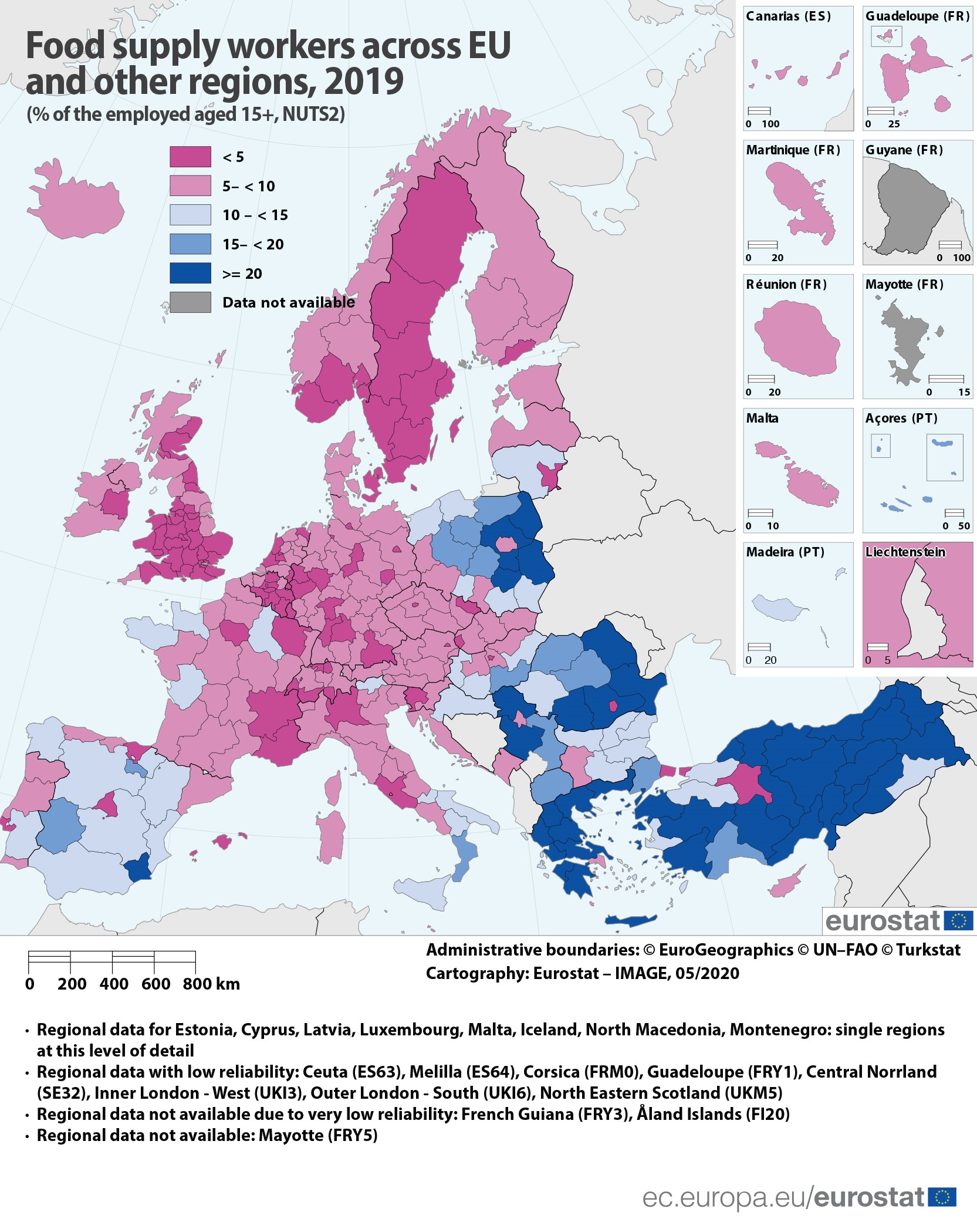