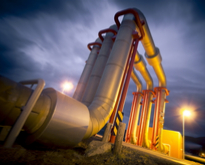 Since mid-March 2020, EU Member States have taken restrictive measures to slow down the spread of COVID-19 that have an impact on the use of fuel for transport, such as restricting international air traffic and requiring people to stay at home.

In March 2020, EU* deliveries of gasoline and jet fuel fell by 15% and 27% respectively compared with February 2020, and by 24% and 22% compared to the average March value of the last decade (2010 to 2019). Although at EU level, the delivery of other fuels such as diesel, LPG and fuel oil increased slightly compared with February 2020, severe drops were observed in several EU Member States.

* For the purpose of this article, EU aggregates include 25 Member States as data are not available for Greece and Estonia. 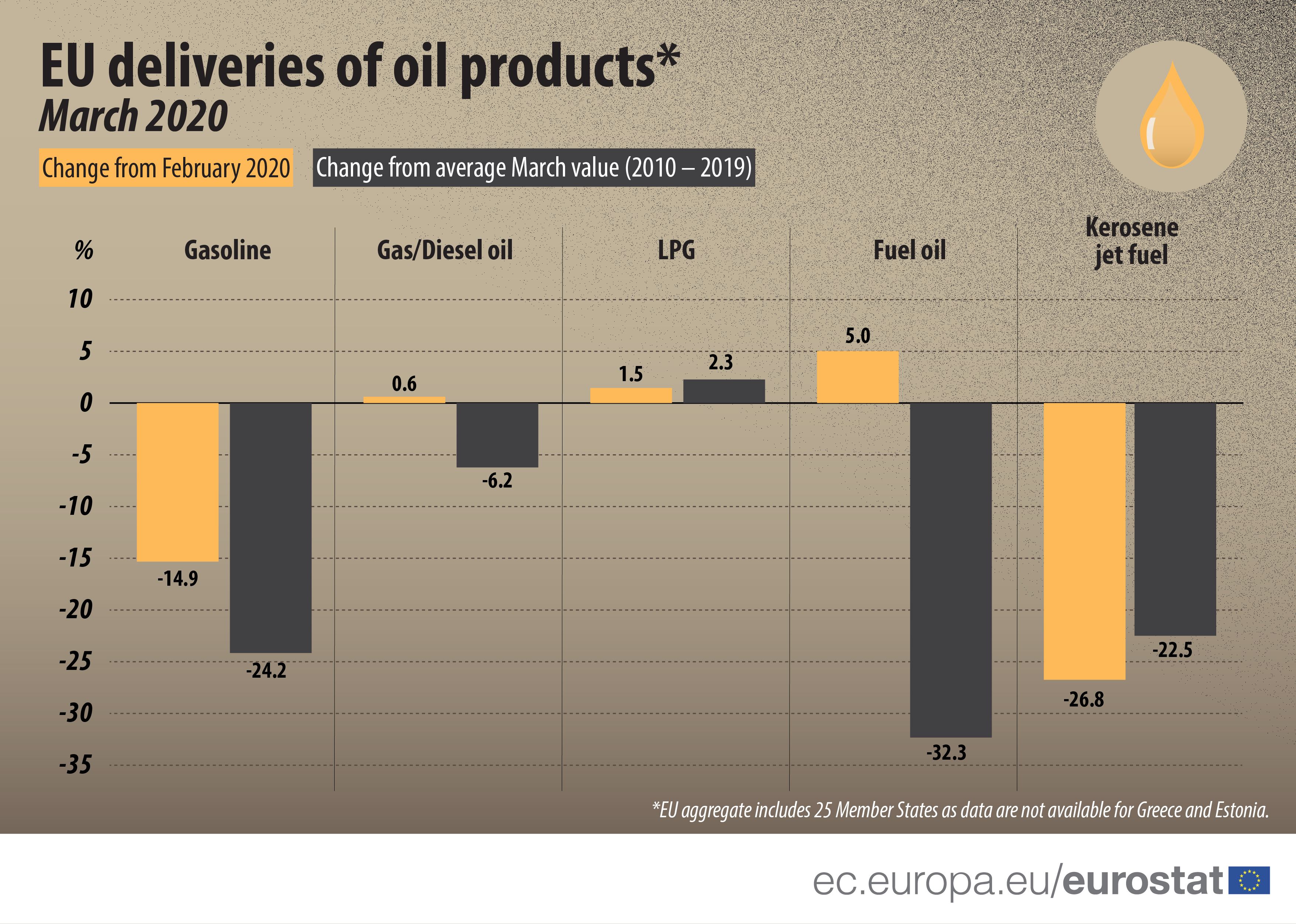 Deliveries of oil products across the EU

The COVID-19 containment measures differed between the EU Member States as to their timing and severity. The first EU country imposing severe nation-wide measures was Italy and the effects are particularly apparent in its data.

In March 2020, gasoline deliveries dropped in almost all the EU Member States. In some cases, they reached record lows (since the beginning of the time series in 2008), with the highest decreases in quantities observed in Italy (-40%), Spain (-33%) and France (-20%).

The deliveries of gas/diesel oil decreased in some EU Members States, while they increased in others. The highest decreases were observed in Italy (-26%) and Spain (-11%). Similarly, deliveries of LPG dropped by 27% in Italy, where is it widely used as transport fuel.

The national and international air-traffic limitations introduced in March 2020 had a major impact on kerosene demand. As a result, kerosene deliveries plummeted to record lows. The largest decreases in deliveries compared to February 2020 were observed in Sweden (-57%) and Italy (-52%), followed by Spain (-35%) France (-28%) and Germany (-20%). 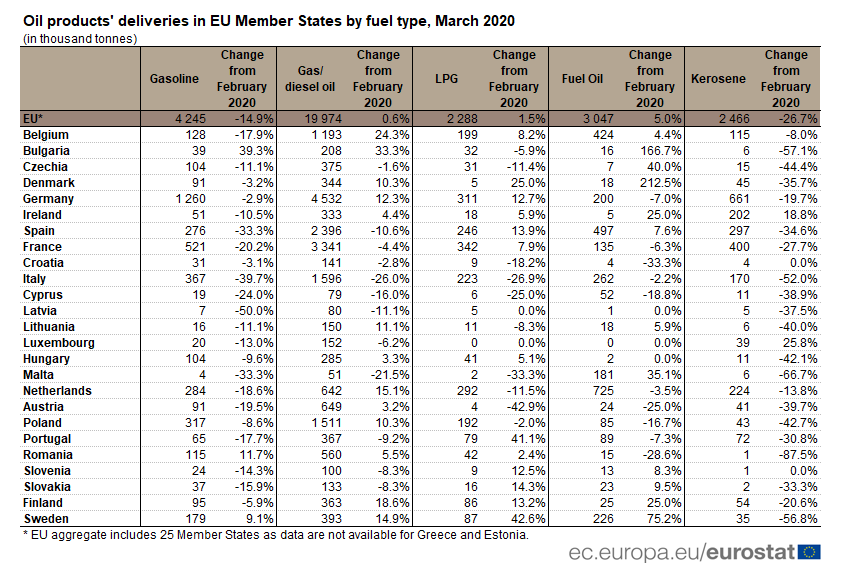 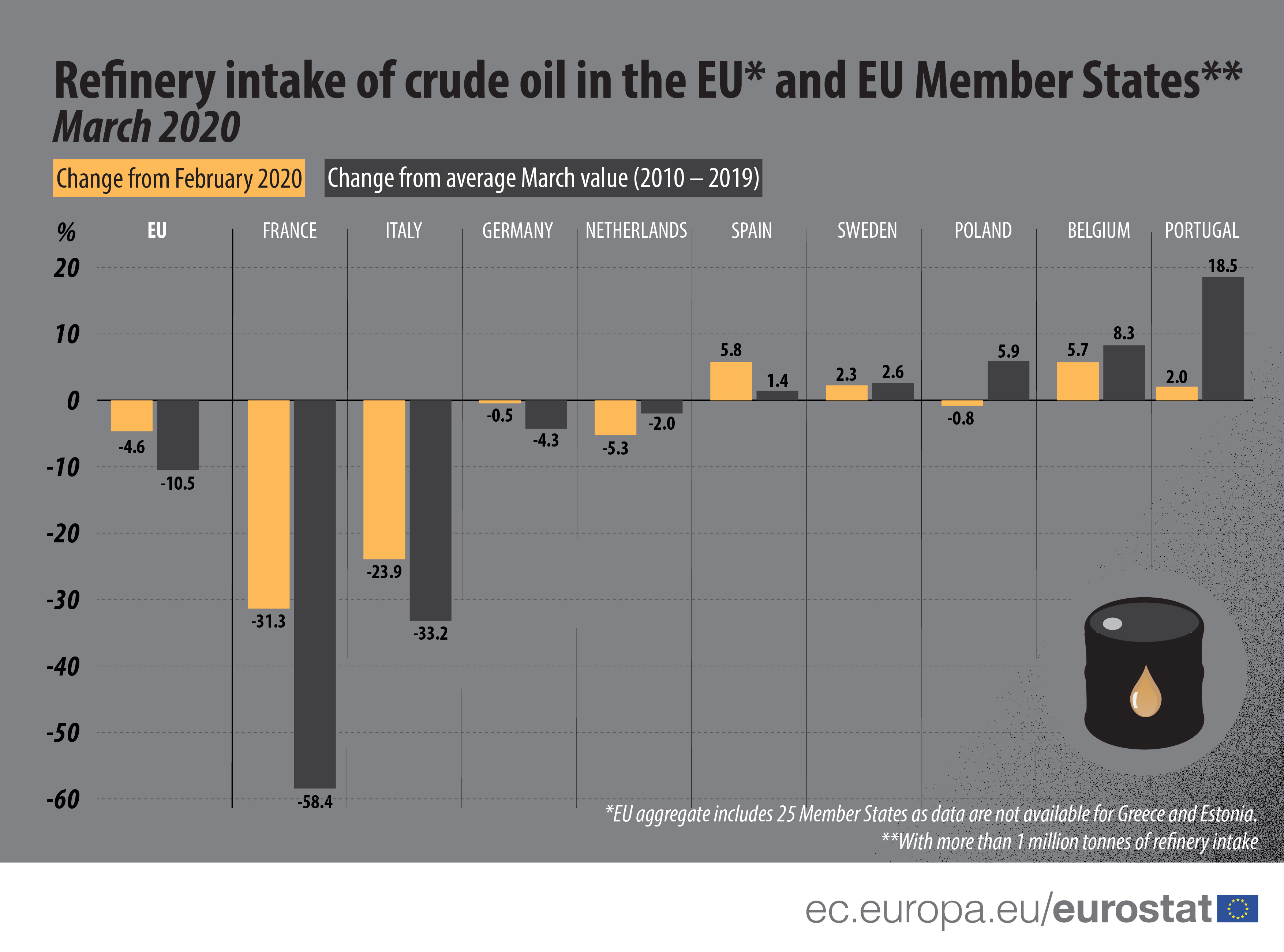