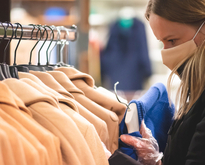 To prevent the spread of the COVID-19 pandemic, EU Member States have taken a wide variety of restrictive measures. Among other limitations, non-essential retail shops have closed, affecting the retail trade volumes.

Spotlight on the effects across the EU

Since the COVID-19 containment measures differed between the EU Member States as to their timing and strictness, the effects on retail trade also vary. 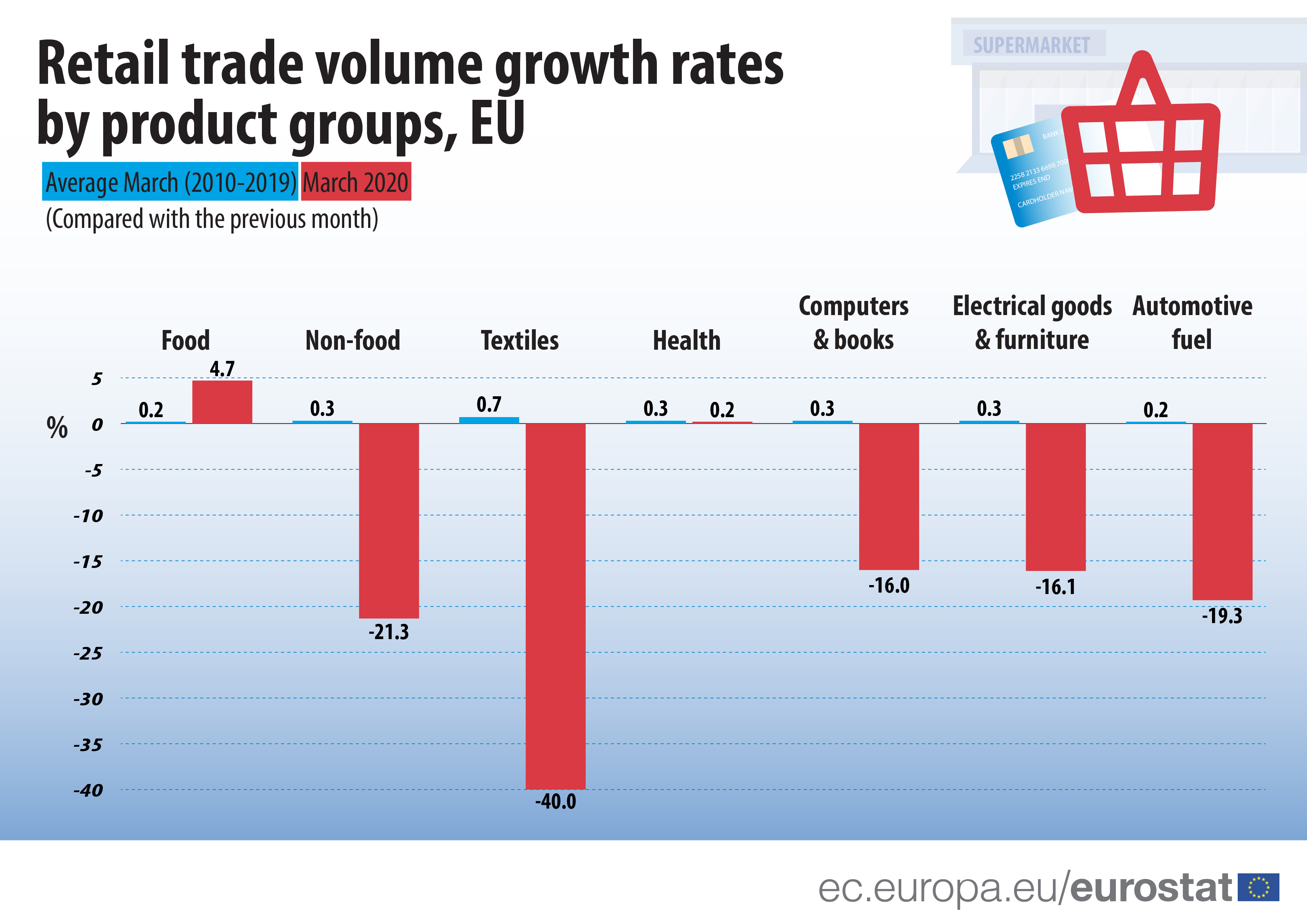 In contrast, purchases of non-food products (excl. automotive fuel) dropped in all EU Member States, with highest decreases observed in Luxembourg (-35%), France and Spain (both -33.0%). The reduction in retail volume was particularly strong for textiles, with the sales reduced by half or more in a vast majority of EU Member States.

Around mid-March 2020, many countries closed non-essential stores, whilst groceries, supermarkets and pharmacies could remain open. This had a clear effect on the retail trade volumes of various distribution channels. 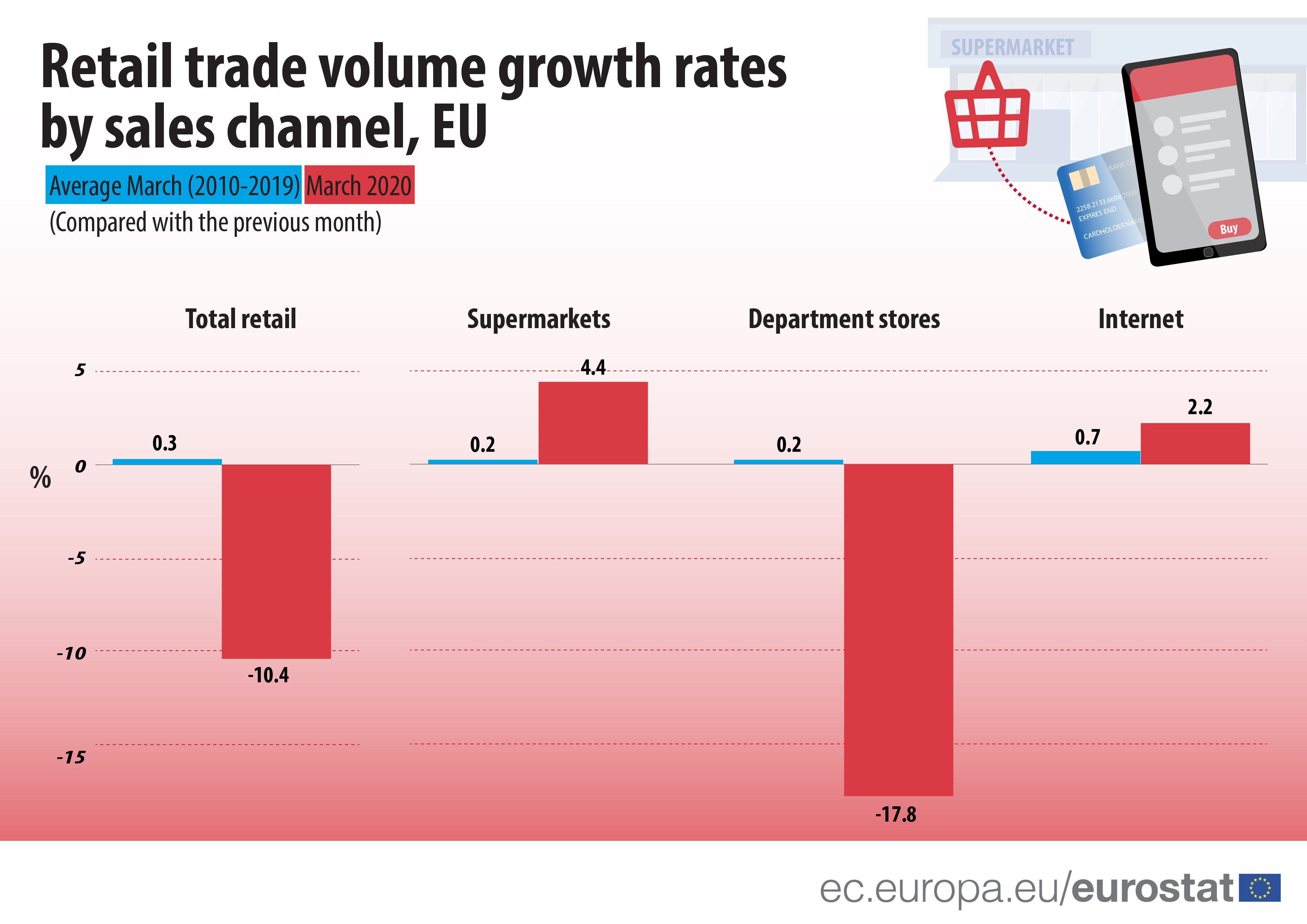 In contrast, sales in department stores, which were mostly closed after mid-March, significantly dropped across the EU. The largest drops were registered in Belgium (-60%), Spain (-39%), Lithuania (-36%) and Germany (-30%).

The development of internet sales was relatively heterogeneous but the sales via this channel also increased in many EU Member States.

For more information, see the press release as well as the Statistics Explained article on impact of COVID-19 crisis on short-term business statistics.