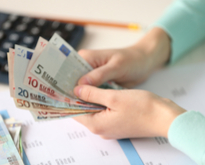 In 2017, the primary income per inhabitant in the European Union (EU) was €18 800. Across EU NUTS 2 regions, it ranged from €37 900 per inhabitant in Luxemburg to €2 500 in Severozapaden (Bulgaria). These values represent a range between 13% - 202% of the EU average, indicating significant regional disparities.

Although disparities are smaller when adjusting for differences in price level across countries (26% - 156%), the figures in this article are expressed in euros.

At the other end of the scale, 50 regions had a primary income per inhabitant below €9 000. These were regions from 10 countries: all regions of Bulgaria, Hungary (except Budapest), Poland (except Warsaw), Romania (except Bucharest) and Slovakia (except Bratislava), around half of the Greek regions, one region in France, Croatia and Lithuania as well as Latvia (single region).