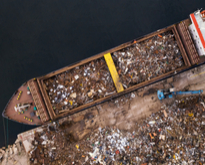 In 2019, exports of recyclable raw materials such as plastic, paper and cardboard, precious metal, iron and steel, copper, aluminium and nickel from the EU Member States to non-EU countries amounted to 25.5 million tonnes. Compared with 2004, this represents an increase of 61% (15.8 million tonnes). The volume of these exports has been on an upwards trend since 2004, reaching a peak of 27.3 million tonnes in 2012 (a 73% increase compared with 2004). 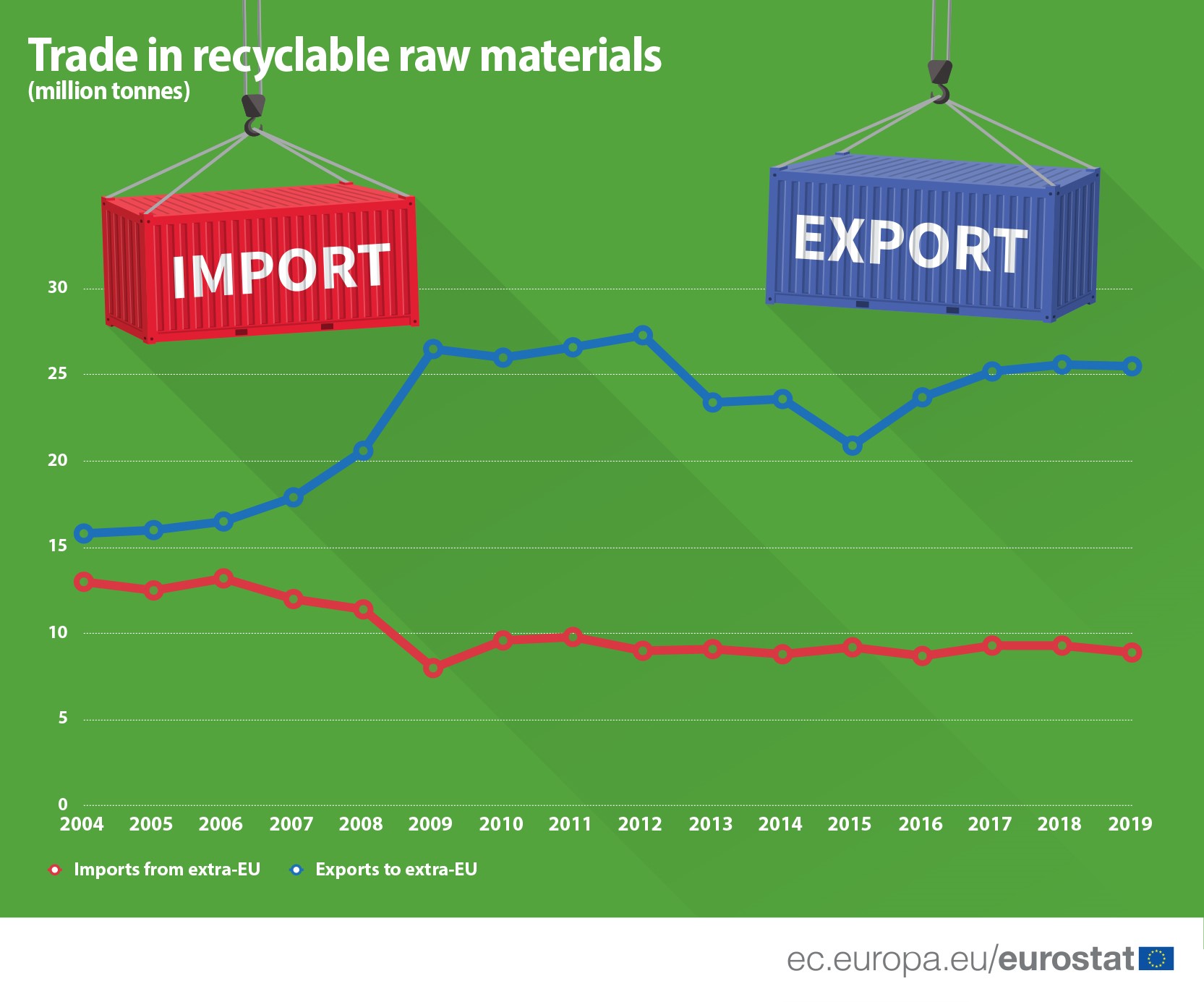 Most recyclable raw materials into EU from the UK, Switzerland and Norway 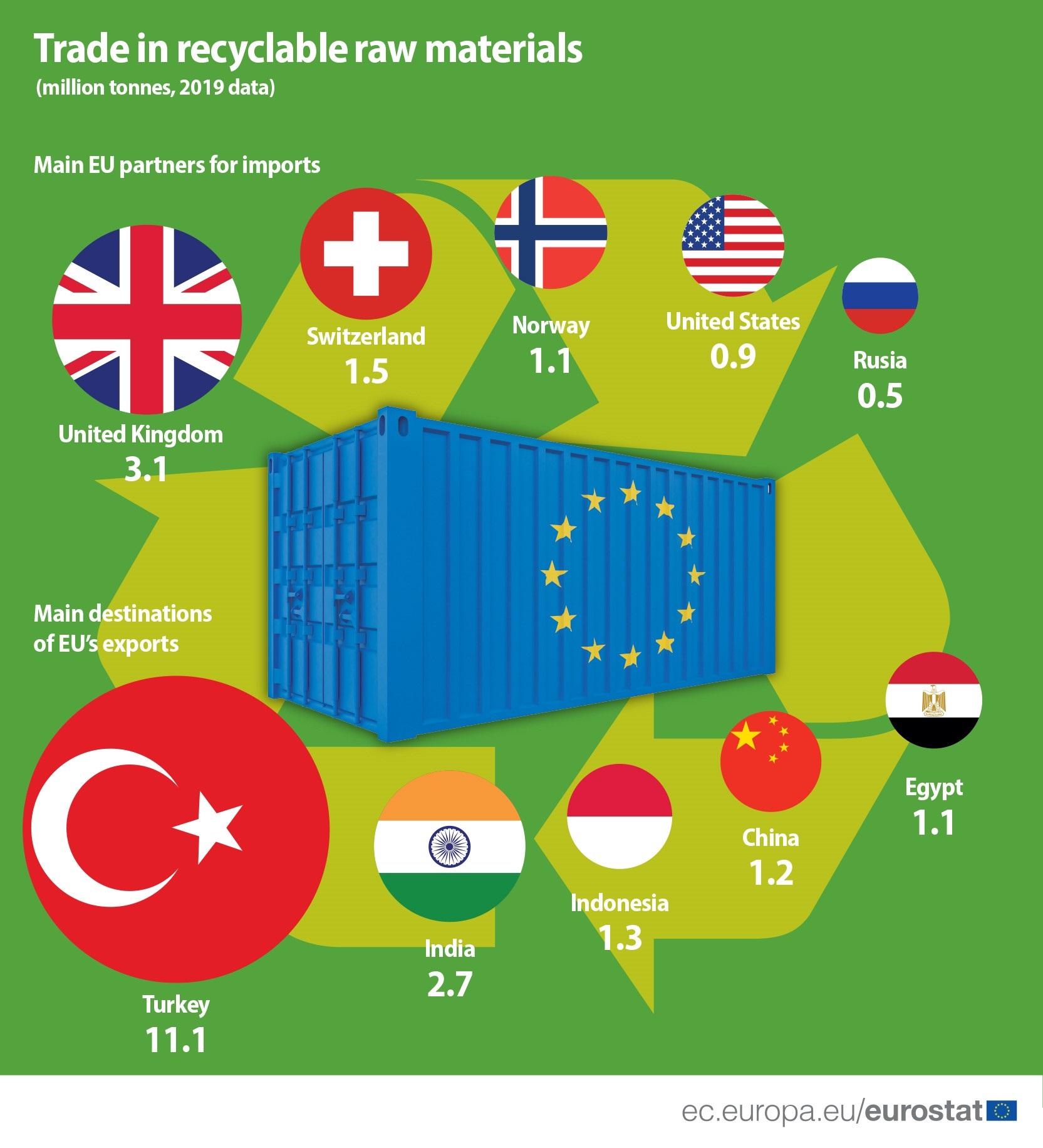