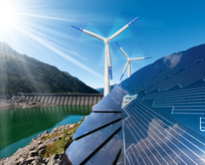 In contrast, less than 10 % of the electricity came from renewable sources in Hungary and Malta (both 8%) and in Cyprus and Luxembourg (both 9%). 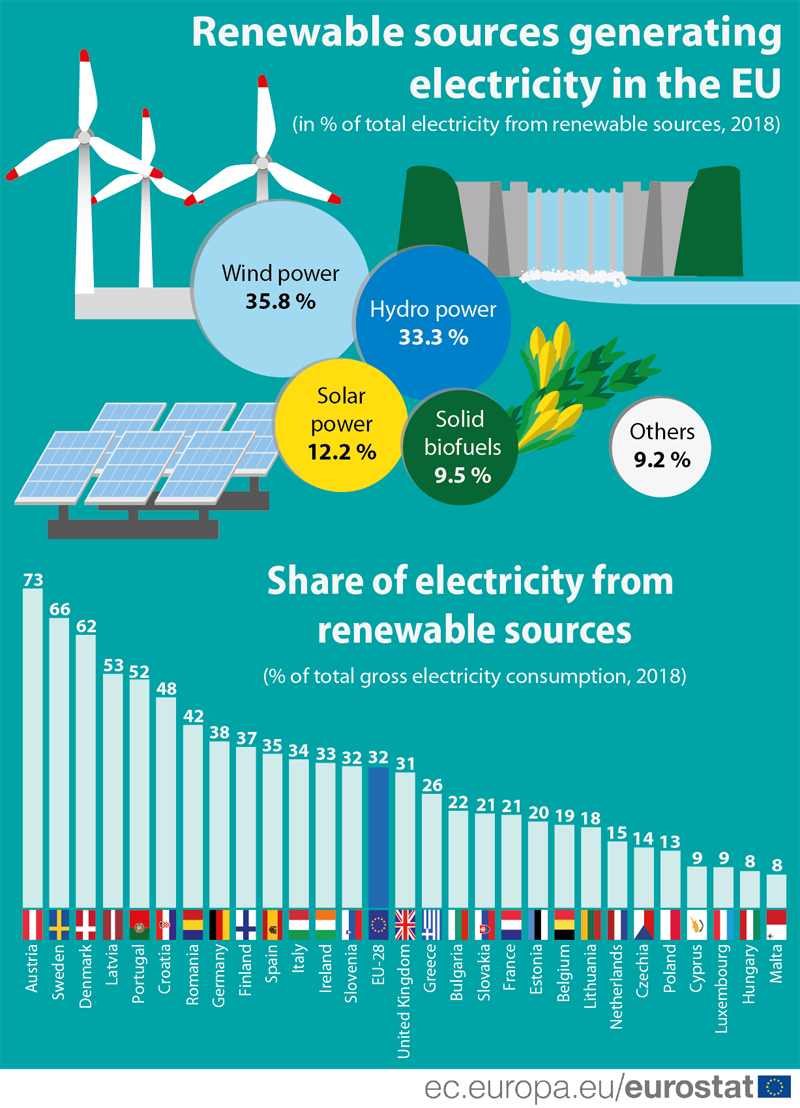 The share of energy from renewable sources is calculated in a harmonised manner across the EU Member States using the Shares Tool. More information about the Shares Tool, and the “Summary Results Shares 2018” can be found in the Shares dedicated section.

In order to account for annual variations in the weather, electricity generated by hydro power is normalised over the last 15 years and wind power over the last 5 years. Other renewable energy sources used to generate electricity include gaseous and liquid biofuels, renewable municipal waste, geothermal energy, and tidal, wave and ocean power tide.