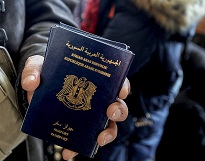 During the third quarter of 2019, 166 400 first-time asylum seekers applied for international protection in the Member States of the European Union (EU). This was an increase of 12% compared with the second quarter of 2019. 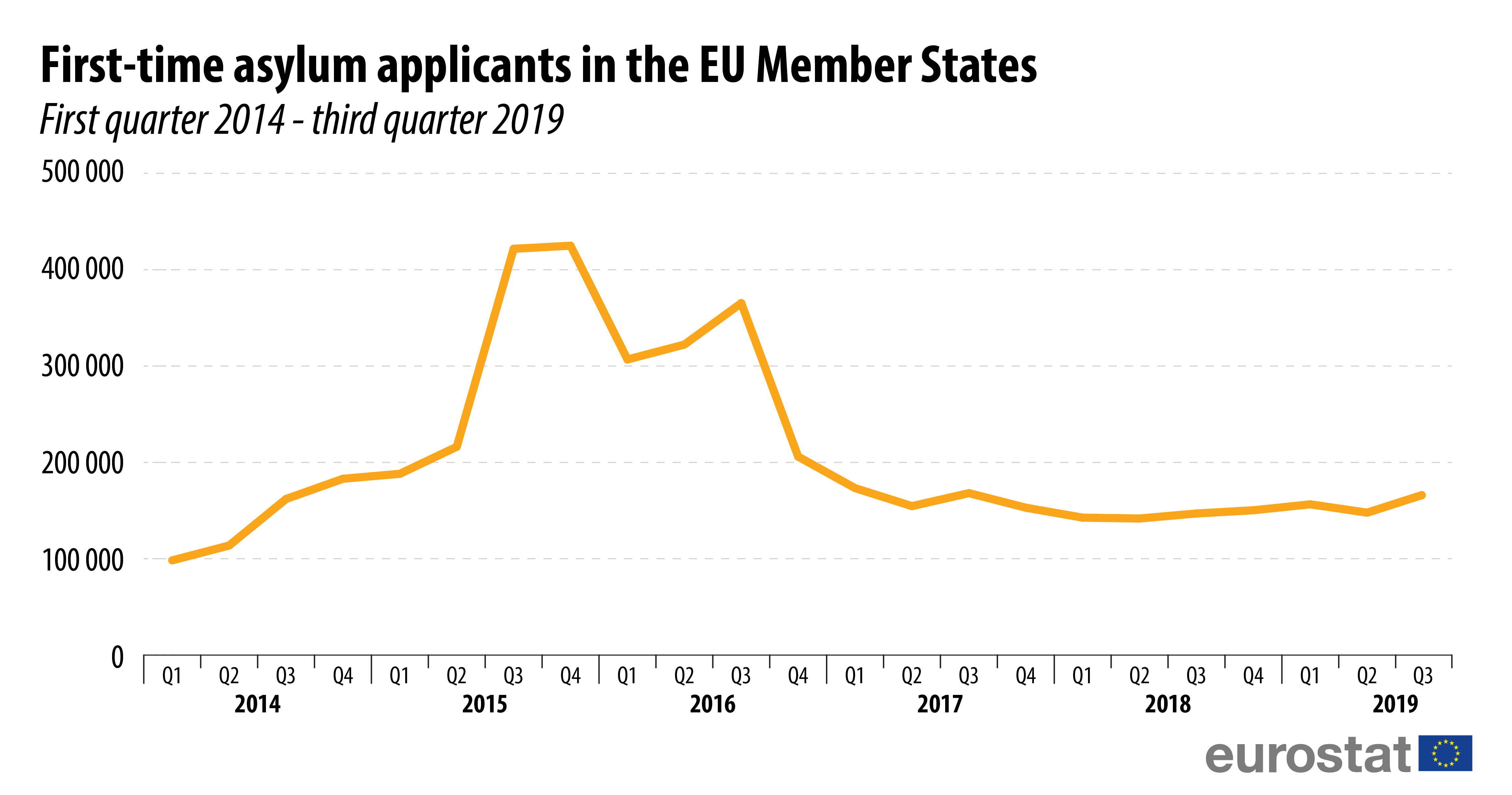 Most applications from Syrians, Afghans and Venezuelans 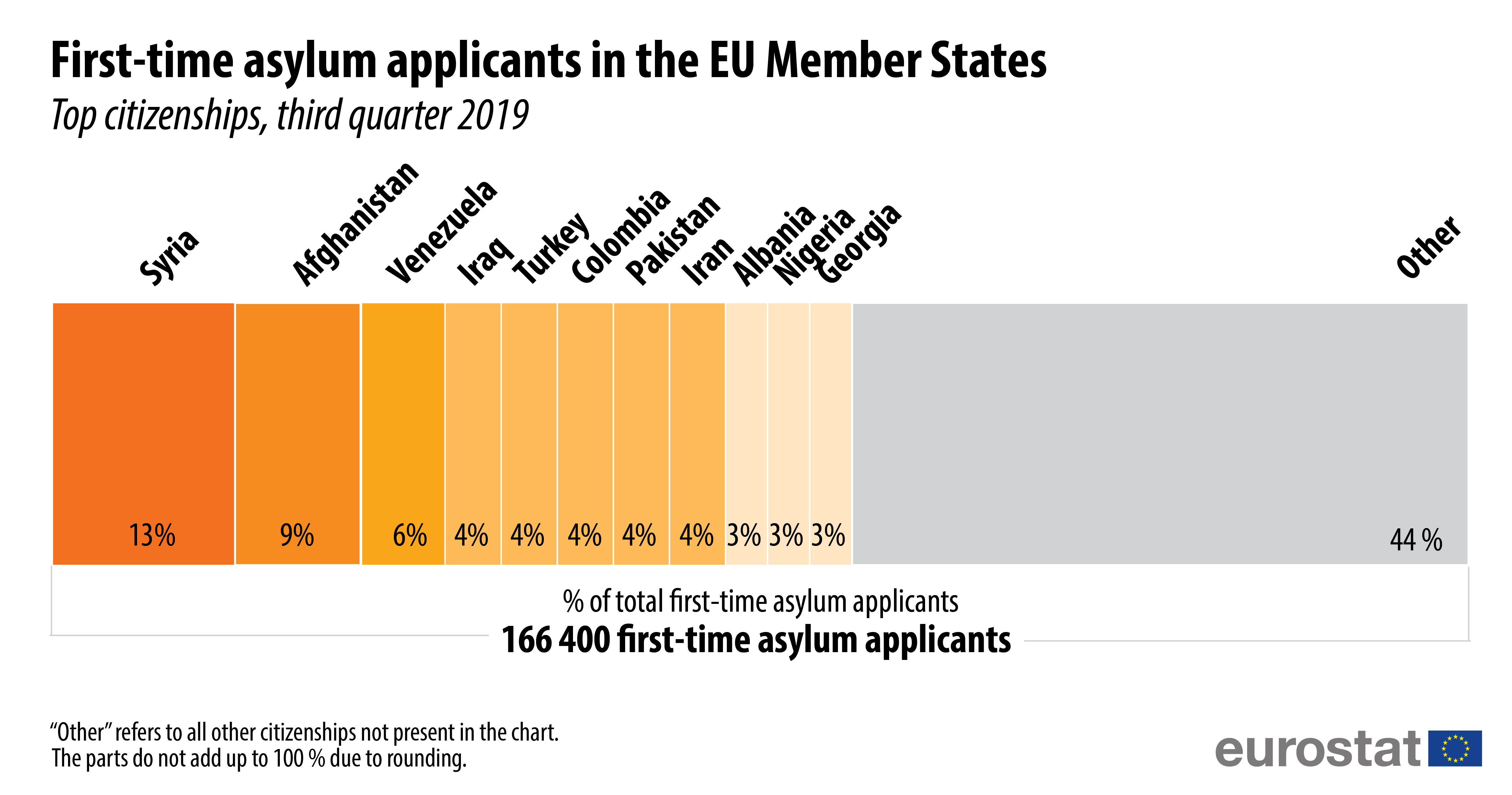