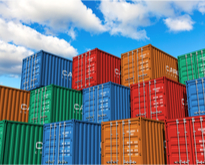 The European Union (EU) is the largest partner for trade in goods with Africa, ahead of China, India, the United States and the United Arab Emirates. Since 2015, the EU has had a trade in goods surplus with Africa, peaking at €28 billion in 2016. However, due to an increase in imports from Africa, this surplus fell to €18 billion in 2017, falling further still in 2018 to €1 billion. 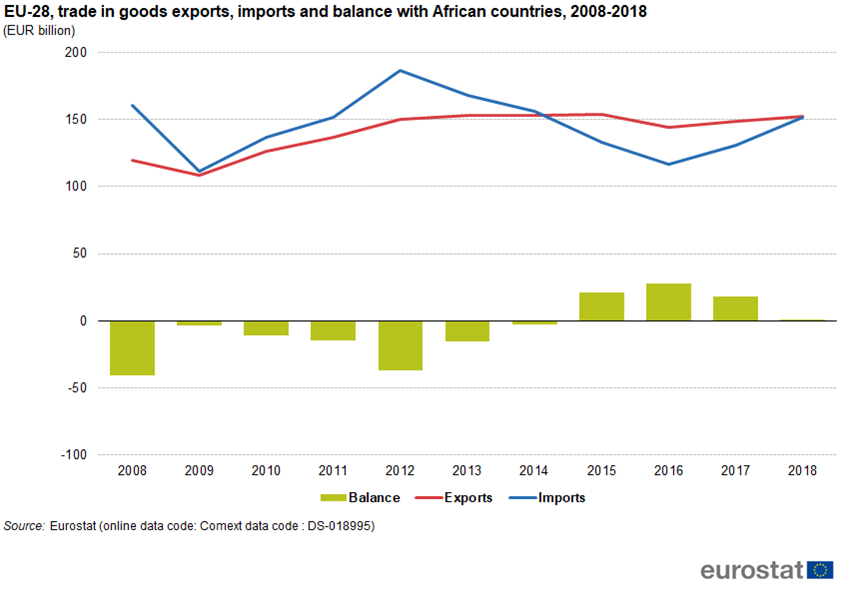 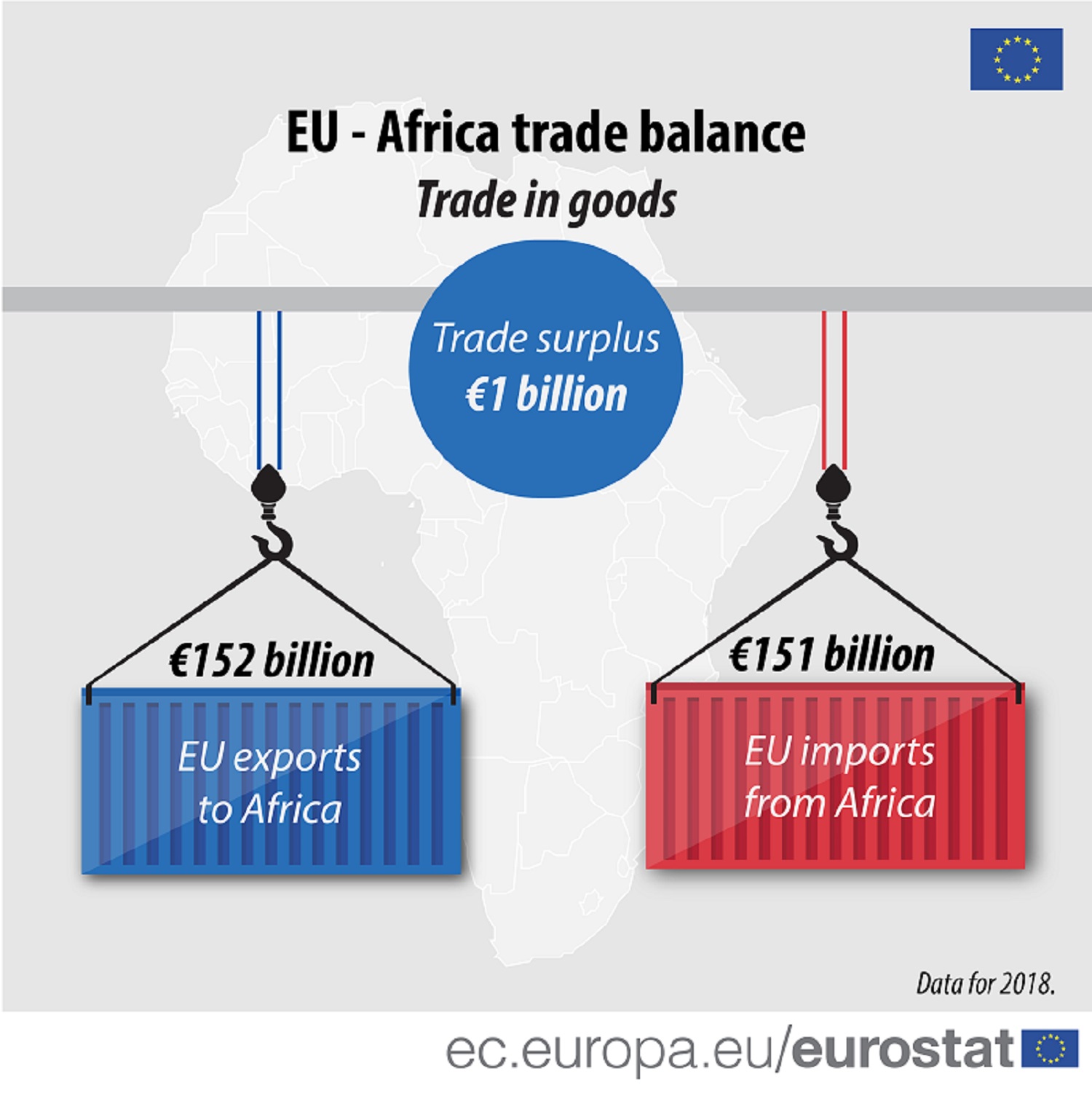