Do you eat fruit and vegetables daily?

Print Do you eat fruit and vegetables daily? 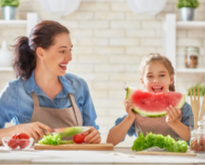 In 2017, around 1 in 4 people (27 %) ate fruit at least twice a day, according to a survey of the European Union (EU) population.  A further 37 % of the EU population ate fruit once a day and the remaining 36 % ate fruit either less frequently or not at all during a typical week. 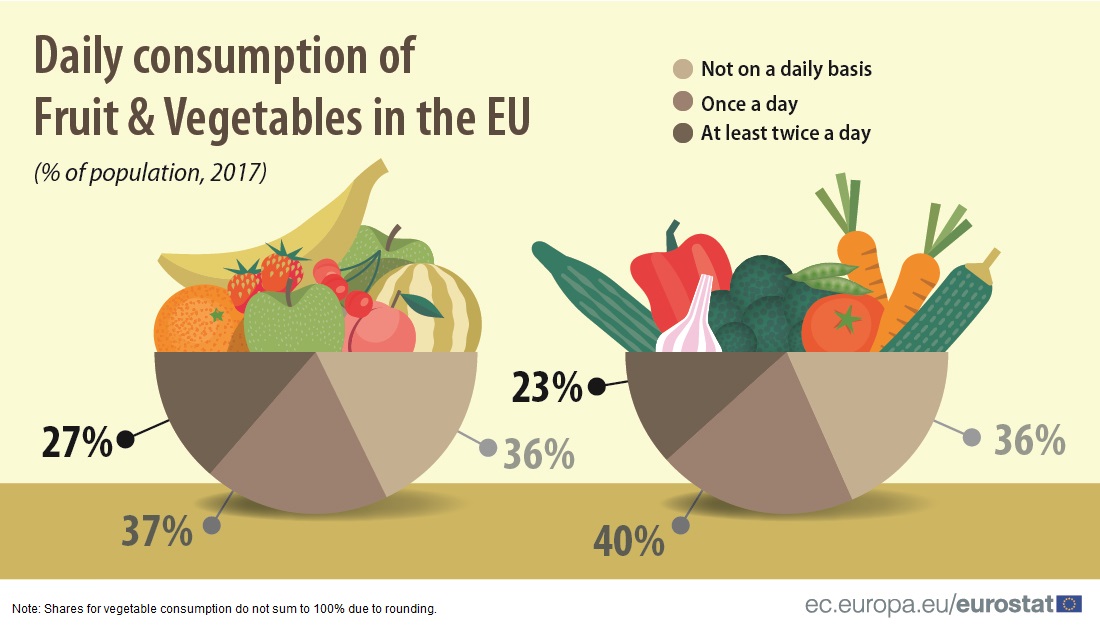 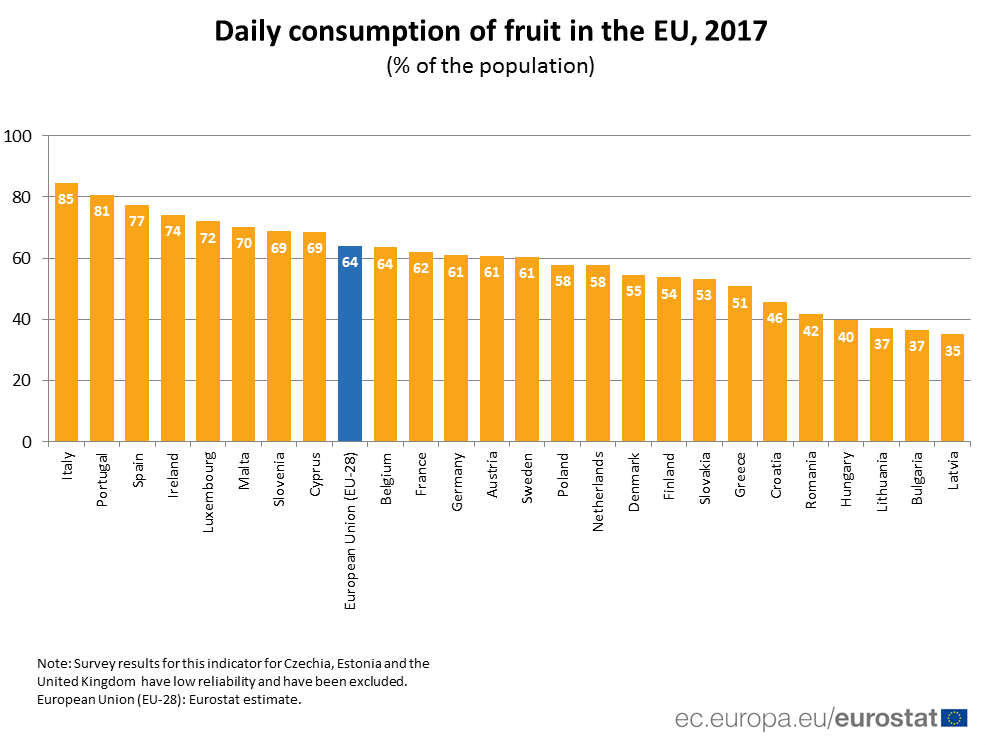 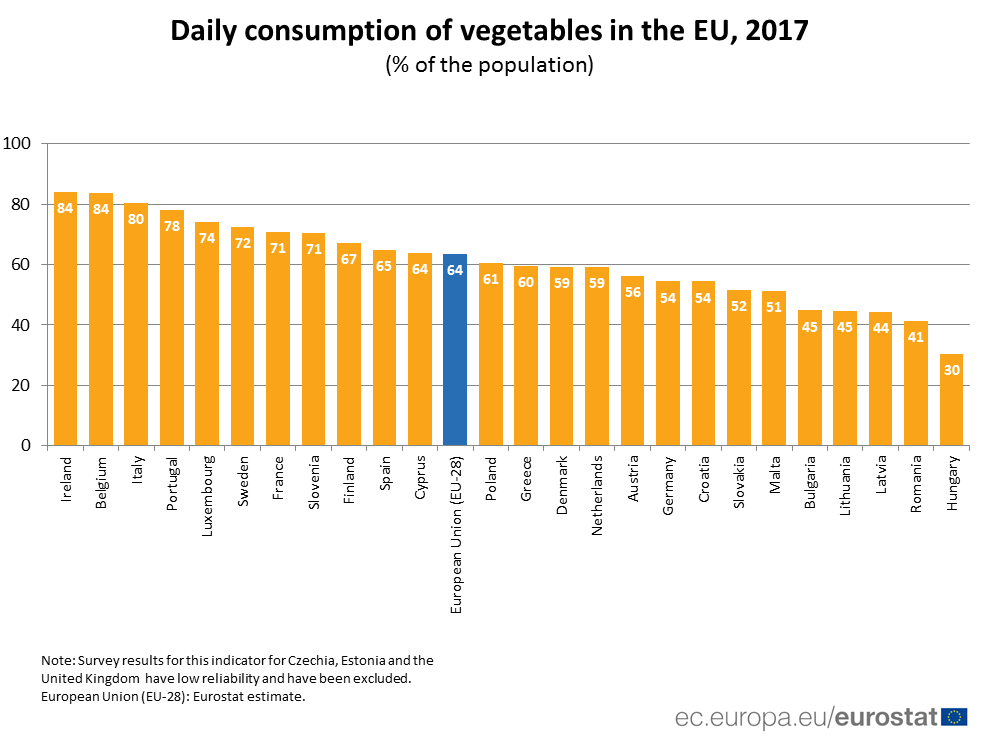