Can you afford to heat your home? - Products Eurostat News

null Can you afford to heat your home? 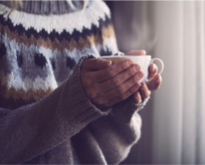 In 2017, 8 % of the European Union (EU) population said in an EU-wide survey that they could not afford to heat their home sufficiently. This share peaked in 2012 (11 %), and has fallen continuously in subsequent years.

The situation in the EU Member States varies. The largest share of people who said that they could not afford to keep their home adequately warm was recorded in Bulgaria (37 %), followed by Lithuania (29 %), Greece (26 %), Cyprus (23 %) and Portugal (20 %).

In contrast, the lowest shares (close to 2 %) were recorded in Luxembourg, Finland, Sweden, the Netherlands and Austria. 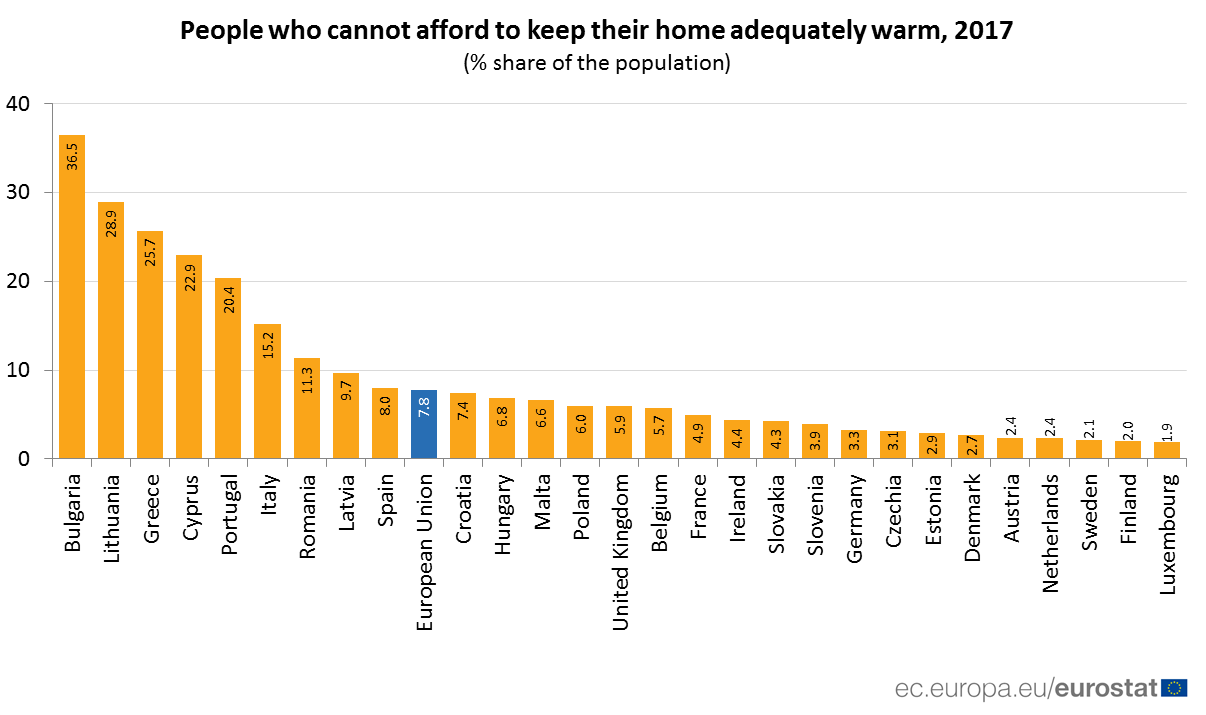 The data were collected as part of the annual EU survey on income and living conditions (EU-SILC). For more information on the statistics available in this area, take a look at the overview accessible here.