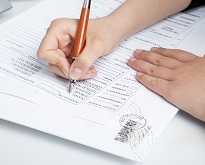 Number of outgoing and incoming requests

In 2017, the European Union (EU) Member States reported 157 805 outgoing and 130 811 incoming requests to transfer the responsibility to examine an asylum application.

The two countries receiving the largest number of incoming requests from other Member States were Germany (26 927) and Italy (26 627). 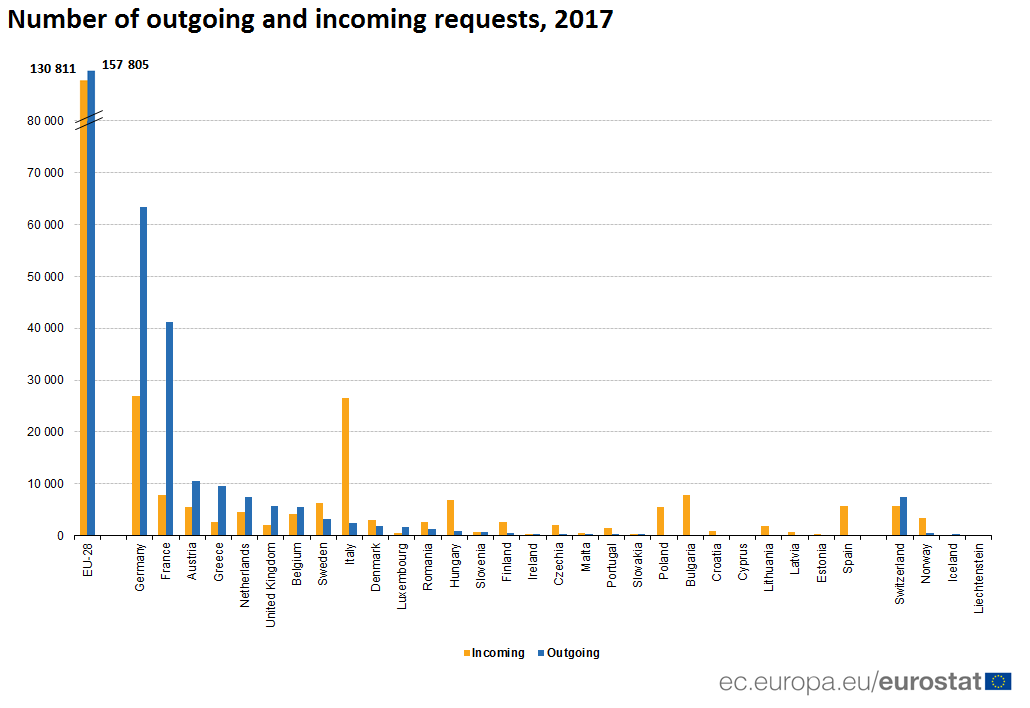 The highest proportions of acceptances among decisions taken in 2017 on incoming requests - above 90 % - were reported by Finland, Malta, Estonia, Italy and Portugal. In contrast, in seven EU Member States less than half of the decisions in 2017 on incoming requests were accepted, with this share around one third in Luxembourg (37 %) and Austria (35 %), closer to one quarter in Hungary (27 %) and as low as 4 % in Greece. 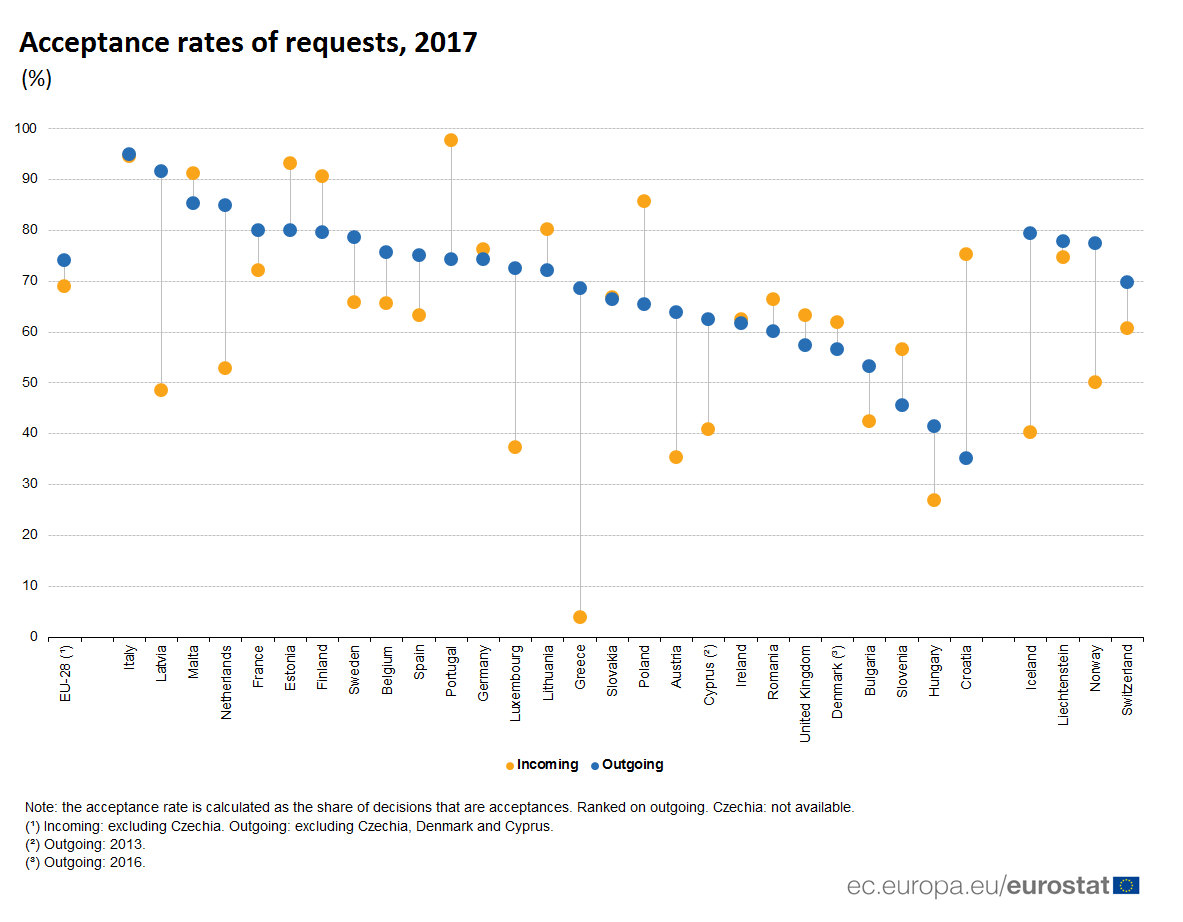 Further information on migration enforcement in the EU can be found in this Statistics Explained article.