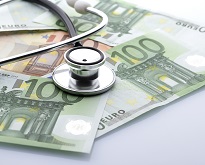 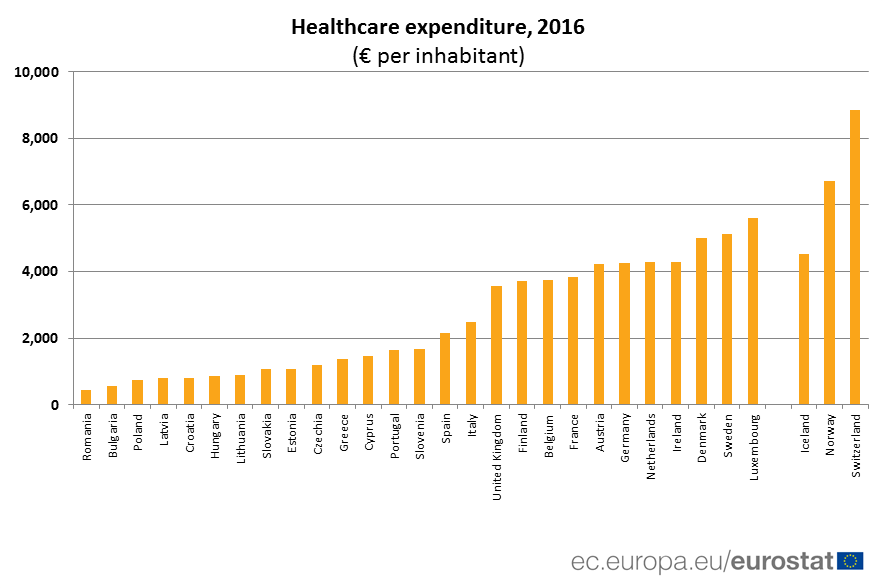 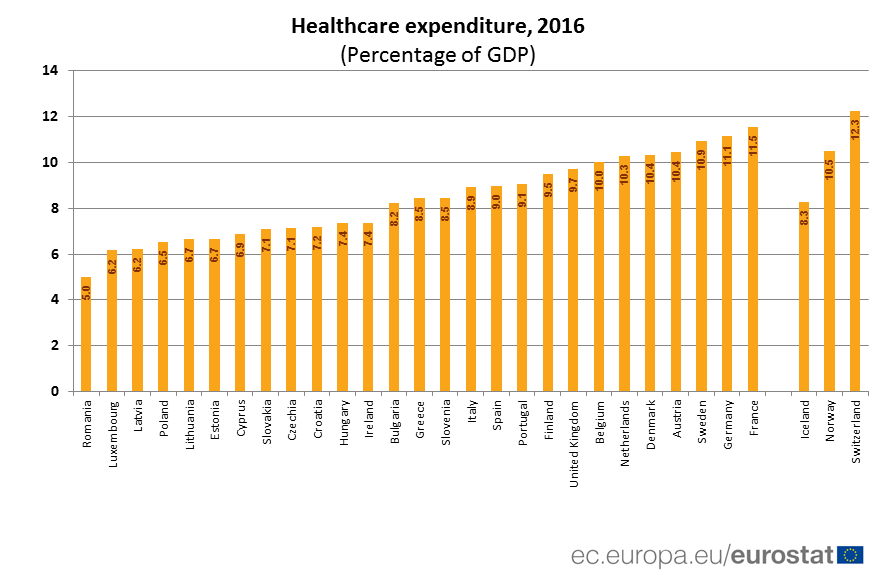 Note: Data for Malta are not available and in the text the health care expenditure per inhabitant has been rounded to the nearest hundred euros.