Life expectancy: Are you in one of the top 5 regions?

Print Life expectancy: Are you in one of the top 5 regions? 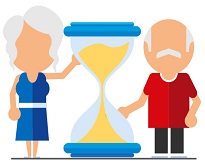 In 2016, the life expectancy of a new born child in the European Union (EU) was 81.0 years. This represents the average number of years that a new born child could expect to live in the EU if subjected throughout his/her life to current mortality conditions. It is possible to look at how life expectancy at birth varies between the different NUTS 2 regions within the EU, and the figures show that there is a difference of 11.9 years between the regions with the highest and lowest life expectancy.

The data source is: demo_r_mlifexp. 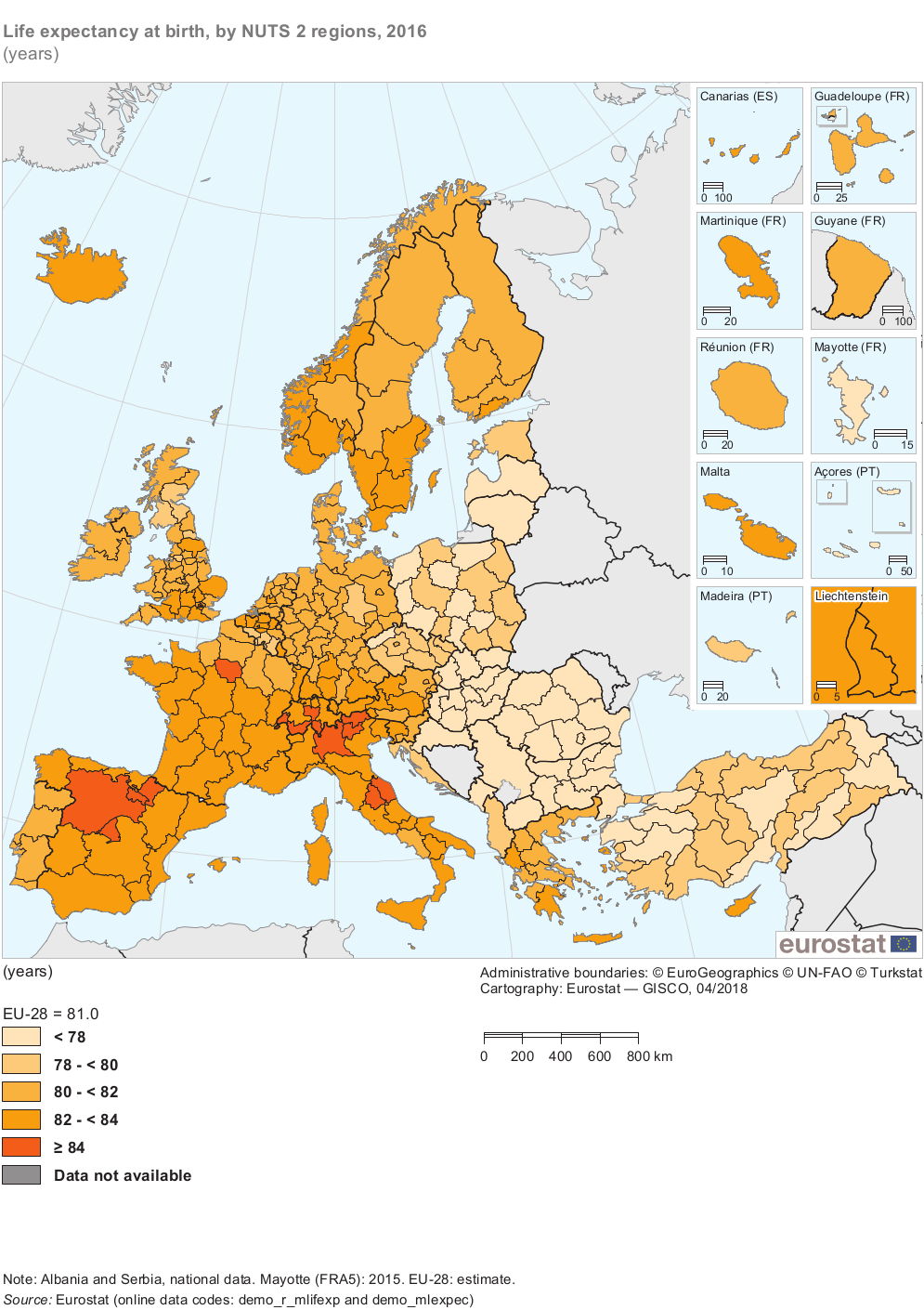 For further analysis of life expectancy at birth by NUTS 2 regions, please refer to the online article in the Eurostat Regional Yearbook. The figures by region can be viewed through Statistical Atlas and more general information on mortality and life expectancy statistics is available here.