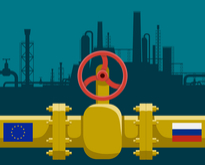 From 2008 to 2017, the EU ran a trade deficit (meaning that they imported more than they exported) with Russia. This trade deficit reached EUR 59 billion in 2017. 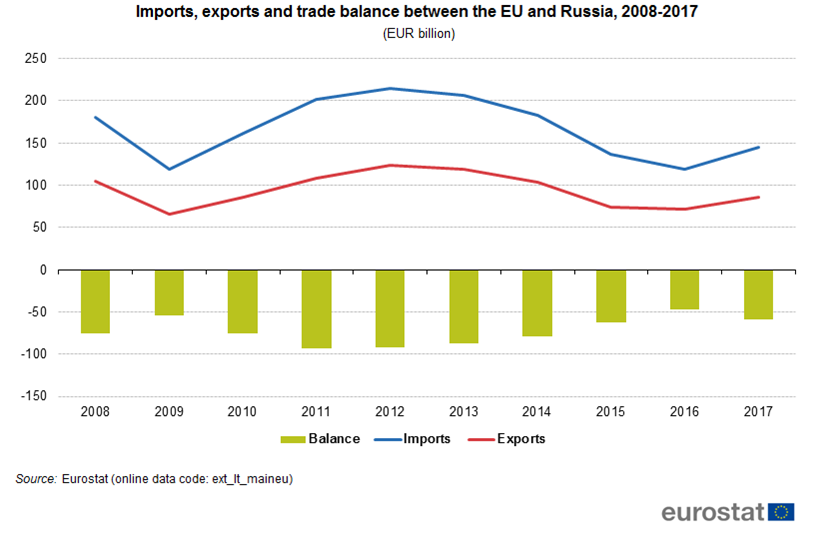 "Machinery and vehicles", "chemicals" and "other manufactured goods" dominated the EU’s exports to Russia in 2017, accounting together for around 90 % of exports. In contrast, over three quarters of imports to the EU from Russia were energy products. At a more detailed level, "medicaments" were the EU’s most exported product to Russia, while "petroleum oil" was the main product imported into the EU from Russia.

Germany: main trader with Russia among the Member States

Among the Member States, Germany (EUR 29 billion) was the largest importer from Russia and also the largest exporter (EUR 26 billion) in 2017. Further information is provided in the Statistics Explained article Russia-EU - international trade in goods statistics.