Like the public spaces in your city? - Products Eurostat News 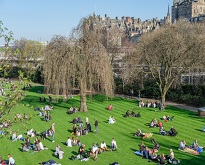 “Generally speaking, please tell me if you are very satisfied, rather satisfied, rather unsatisfied or not at all satisfied with public spaces in your city, such as markets, squares and pedestrian areas?" This was the question asked to the inhabitants of 83 European cities in 2015.

Among these cities, Ventspils in Latvia came on top with 97% of its inhabitants responding that they were very or rather satisfied with the markets, squares and pedestrian areas in their city. Ventspils was followed by Rotterdam in the Netherlands (93%), Münster in Germany, Oviedo in Spain and Malmö in Sweden (all 92%), as well as Bordeaux in France (90%).

The information for this news item is based on perception survey indicators produced by the European Commission. 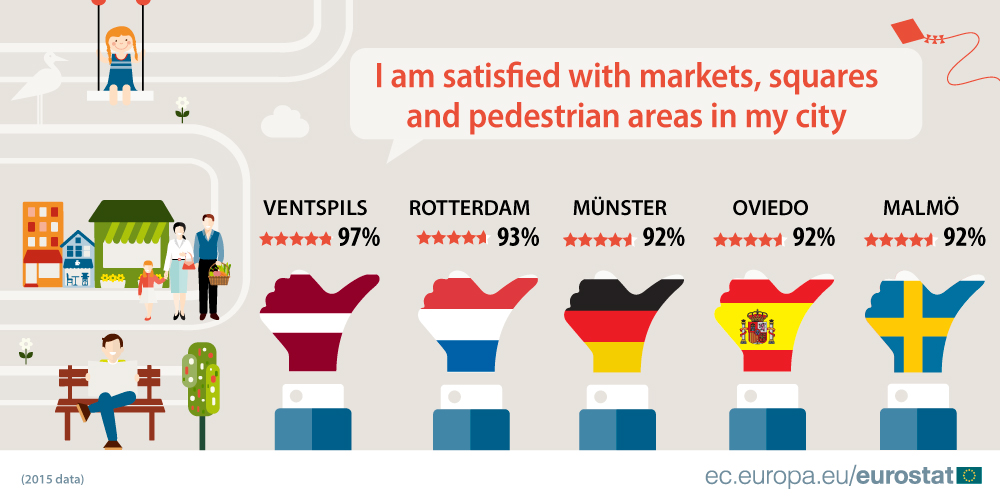 Among EU capitals: inhabitants of Luxembourg and Vienna most satisfied

With regard to the EU’s capital cities, the results show significant disparities of satisfaction, with levels ranging from 41% to 88%. Nevertheless, in most capitals, inhabitants are generally satisfied with public spaces.

At least 85% of inhabitants were very or rather satisfied with the markets, squares and pedestrian areas in their city if they lived in Luxembourg and Vienna (both 88%), Stockholm (87%), Ljubljana (86%) and Helsinki (85%). 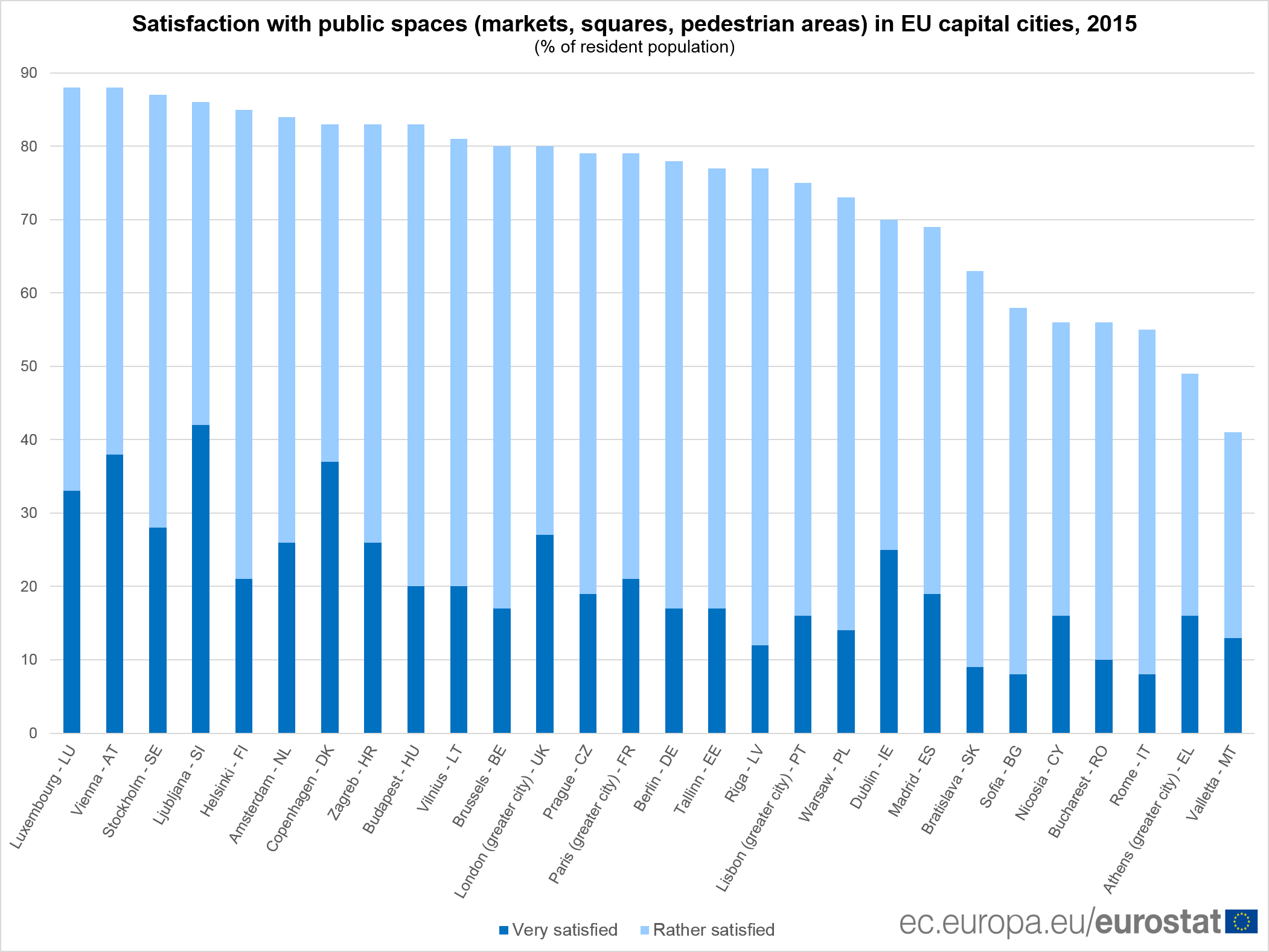