According to preliminary results, Foreign Direct Investment (FDI) from the European Union (EU) to the rest of the world amounted to €186 billion in 2016, a sharp drop (-68%) compared with the €585 bn recorded in 2015.

The EU-US FDI relationship weakened in 2016 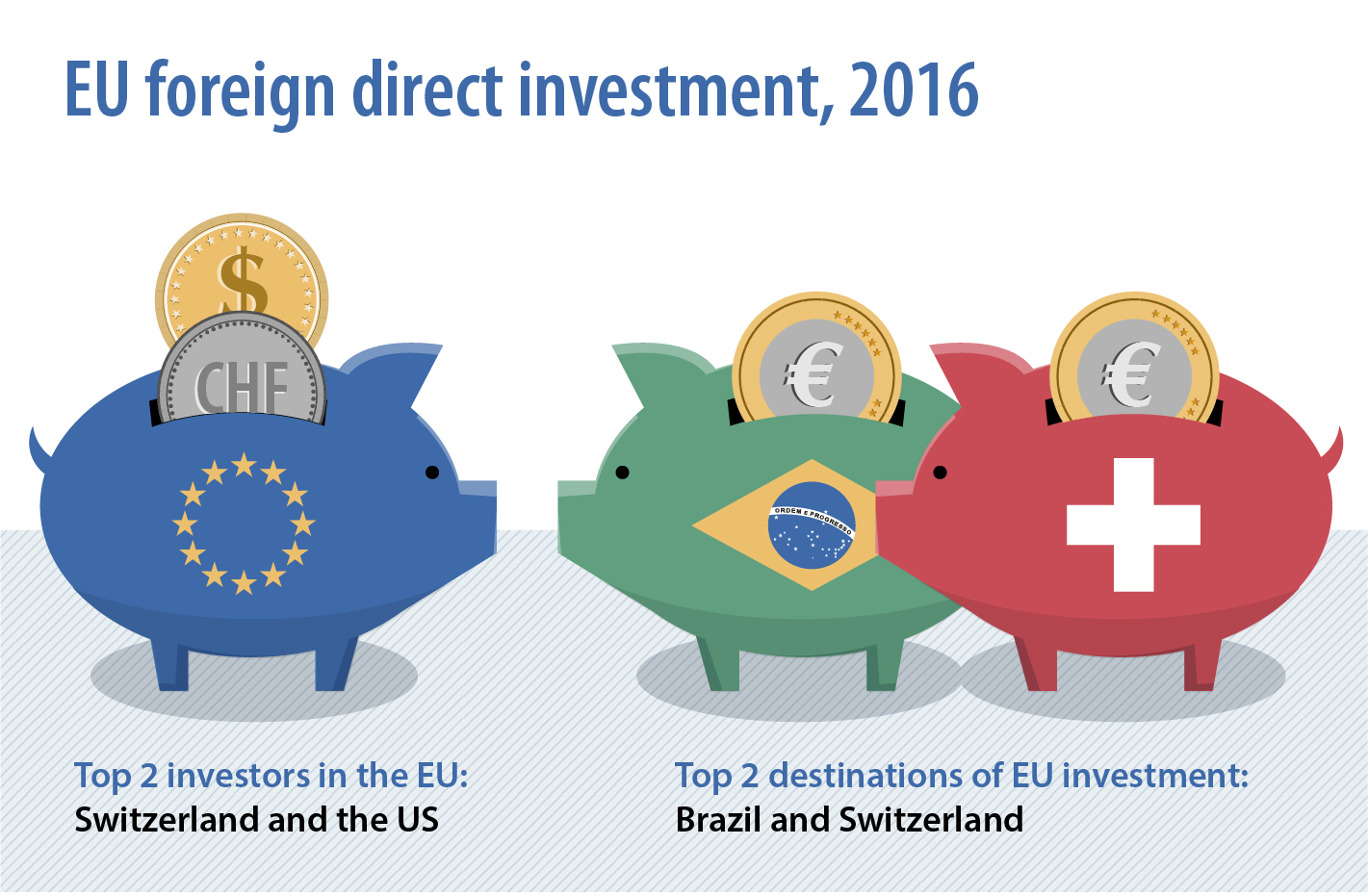 The FDI figures presented in this news item are estimates based on the latest quarterly data transmission by the EU Member States, from which the annualised assets and liabilities have been allocated according to the directional principle (outward or inward). 2016 detailed annual FDI data will be published by Eurostat in December 2017.

* Offshore Financial Centres (OFC) is an aggregate which includes 40 countries. As examples, the aggregate contains European financial centres, such as Liechtenstein, Guernsey, Jersey, the Isle of Man, Andorra and Gibraltar; Central American OFC such as Panama and Caribbean islands like Bermuda, the Bahamas, the Cayman Islands and the Virgin Islands; and Asian OFC such as Bahrain, Hong Kong, Singapore and Philippines.